“WAP” on live television? Legendary. After Megan Thee Stallion and Cardi B’s performance at the 2021 Grammys, they deserve all the awards.  The 28-year-old rapper really decided to show out this year with a rendition of her singles “UP” and “WAP.”

The “WAP” rapper didn’t let this year’s socially distanced edition of the Grammys get in the way of her going all out for her performance. After Megan Thee Stallion’s performance of “Savage,” the Grammys shifted to Cardi, who performed her February single, “UP.” The performance saw Cardi in a short, asymmetrical haircut and futuristic gladiator outfit as she rapped her latest single. The performance then transitioned to “WAP,” Cardi’s 2020 duet with Megan. The transition saw Cardi walk to a stripper pole as the camera panned out to reveal a giant high heel with a clear bottom. In the clear bottom was a backup dancer twerking as cash fell around her.

After Cardi rapped her verses, she was joined by Megan, who changed outfits into a similar futuristic, armor-inspired outfit. The performance ended with Cardi and Megan rapping on a giant satin-covered bed with massive pillows and sheets. Host Trevor Noah even joked about the “thread count” on the set. 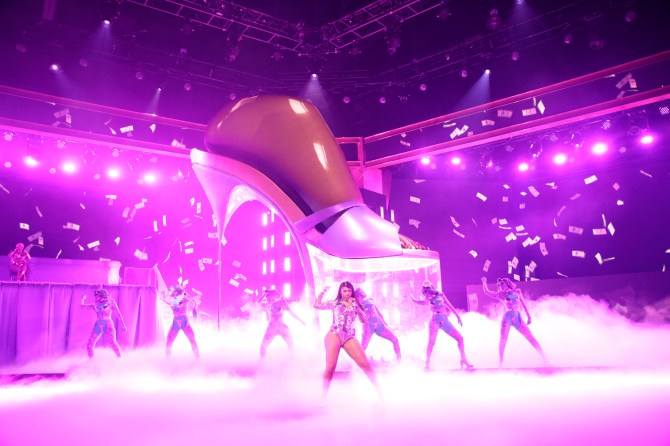 The Bronx-born star may have just delivered her best Grammys performance yet. This year’s show marks her first return to the Grammys stage as a performer since the 62nd Annual Grammy Awards in 2020, where she delivered a jaw-dropping performance of her single “Money.” That year, Cardi was also nominated for Best Rap Performance for her song “Clout” with her husband Offset. This year, she isn’t up for any awards—but that’s actually part of her plan.

Following the massive success of “WAP” in 2020, the rapper took to Instagram to address why she chose not to submit the single with Megan Thee Stallion for Grammys consideration in 2021. “Stop playing with me. As I said, I’ve never pressed for a Grammy, but y’all are not gonna take away something that I know that I worked my a** off that I deserve,” she said in an Instagram Story. “If I was pressed for a Grammy I would have submitted ‘WAP’ for this year and I didn’t submit. I didn’t want to be submitted to award shows until I put out my album because I think my album is so good and it just means something and I worked on it a lot.”

She continued, “I’ve been working on it for almost two years. Some songs are just so emotional to me because I did them during the quarantine. I’m not pressed for anything, but you’re not gonna keep doing this s**t constantly because y’all are upset. Y’all cannot take my success.”

So, don’t get it twisted. Although Cardi isn’t up for any awards this year, take her word for it: It’s all part of her greater plan. And if her Grammys performance this year is any indication, Bardi knows exactly what she’s doing. 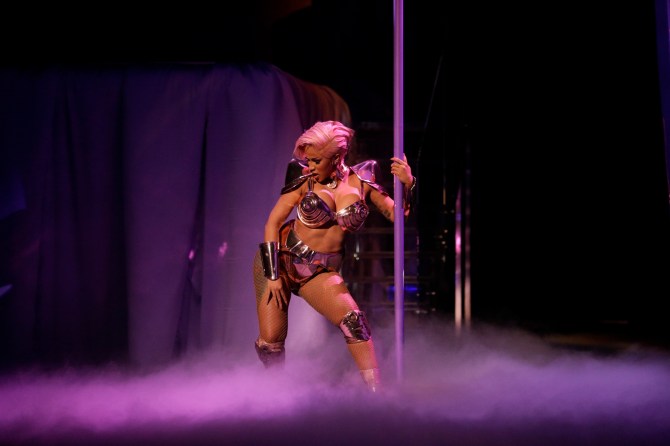