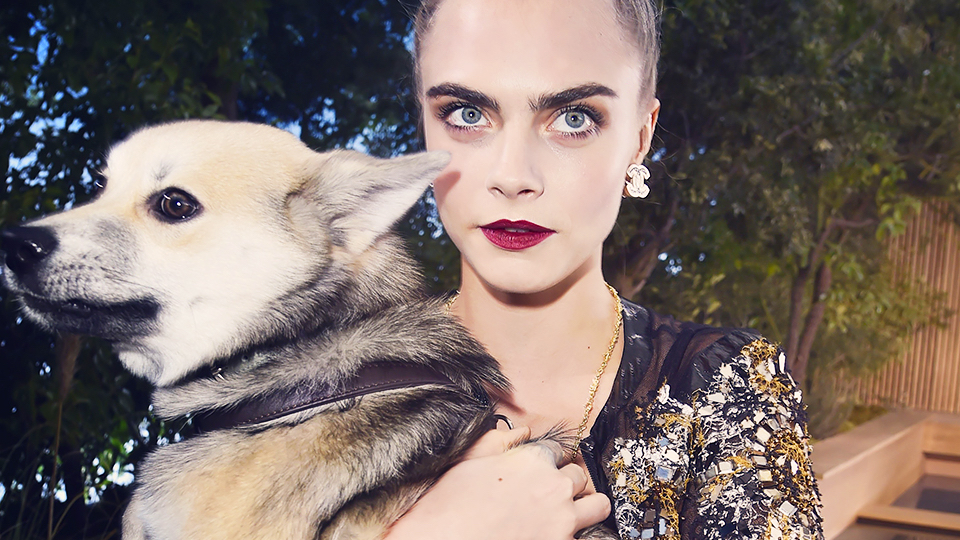 In a walk-off between a male model, a supermodel, and her Blue Steel–eyed pet, you should always put your money on the creature with the most legs. Cara Delevingne’s adorable dog, Leo—the one she brought with her to the Chanel Haute Couture show in Paris this week—showed he was totally up to a catwalk challenge opposite Derek Zoolander. And the canine owned it.

This isn’t the first time Stiller’s injected himself into the real-world fashion scene. Last year, he and Owen Wilson, who plays first-name-only model Hansel (so hot right now) appeared in character at Valentino’s Haute Couture show to tease the announcement of “Zoolander 2.”

So, go ahead and watch the video, and join me in wondering if there’s more to life than Leo being really, really, ridiculously cute.