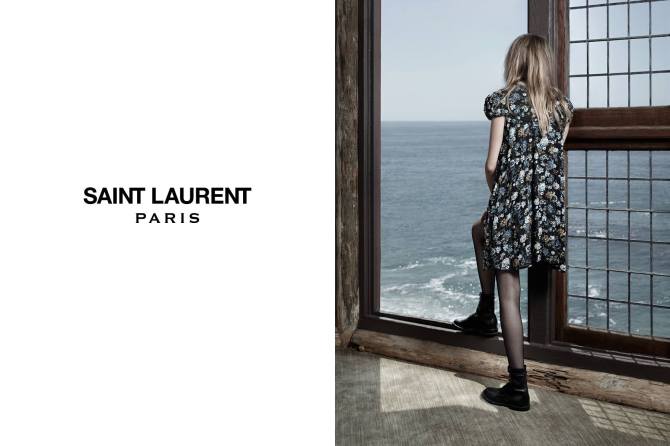 Not too long after a poorly-timed drug scandal  and rejecting the advances of Leonardo DiCaprio (tough life), British model Cara Delevingne stars in Saint Laurent’s Fall/Winter 2013 campaign, wearing much-discussed designs by Hedi Slimane. In the shots, Delevingne, true to the label, appropriately straddles the line between grungy (a la Courtney Love), glamorous, and downright bored. 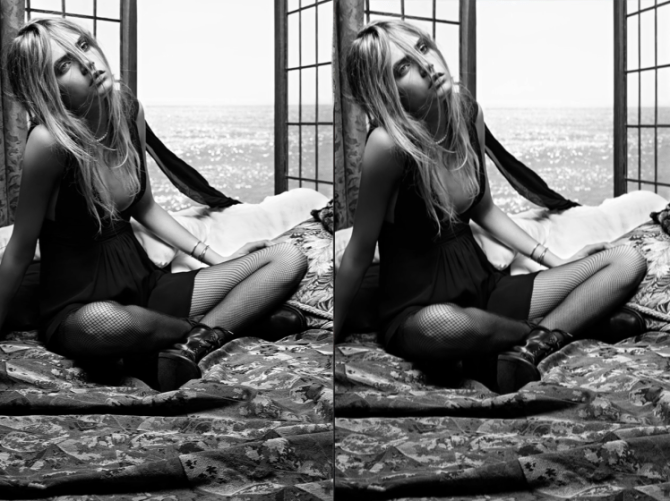 Wearing mostly all-black, with the exception of one shot of her wearing a floral dress while looking longingly out a window (above), Cara hides her heavily-lined eyes behind the curtain of her hair. A highlight of the campaign comes when she shows off a pair of bedazzled tights (below) that we’re already calling as next season’s street style must-have. 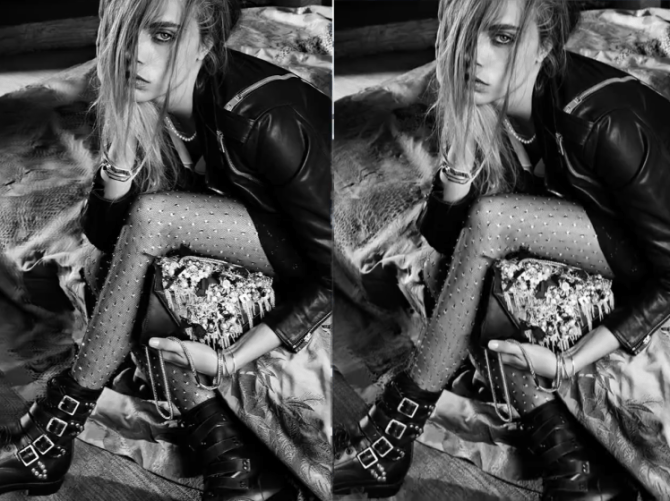 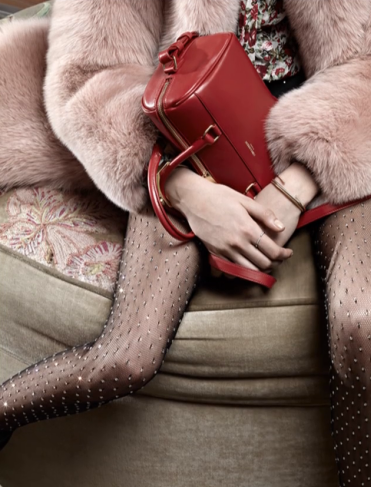 The campaign also stars electronic band DIIV’s frontman Cole Smith, and there’s a video of the images set to his music, which you can watch here.

Check out more of the shots of Cara below, and tell us what you think of the Paris label’s new campaign! 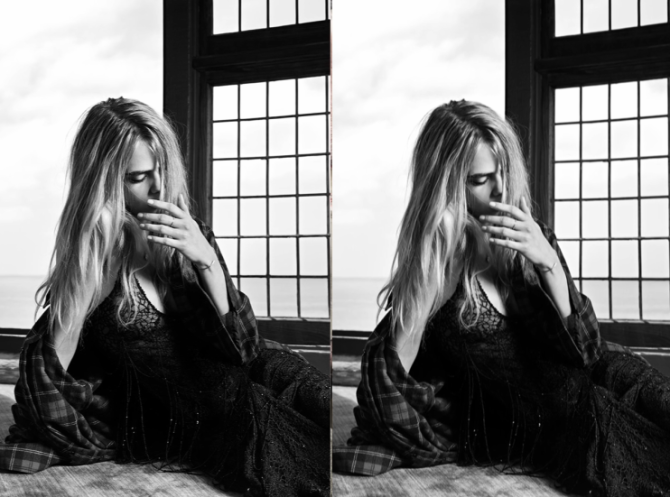 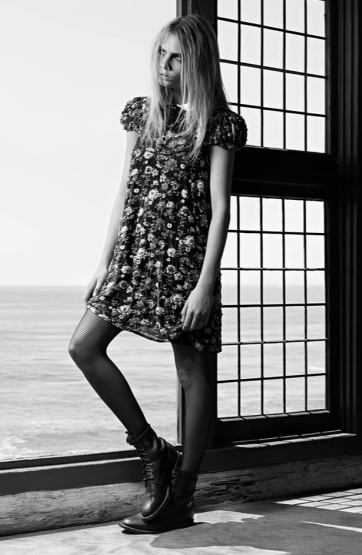 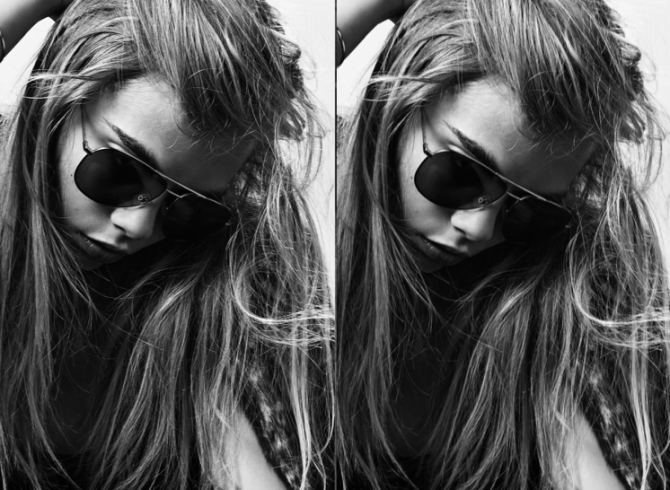 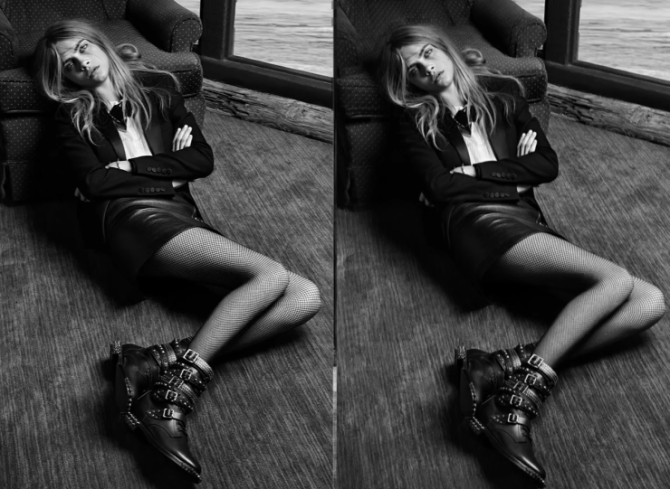