What can’t this girl do? 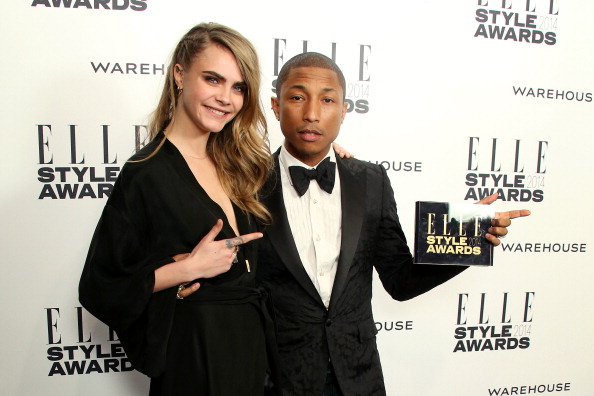 Cara Delevingne is one of the most famous faces in fashion today—she’s walked the most coveted runways in fashion weeks around the world, covered Vogue Magazine‘s 2014 September issue, launched collaborations with DKNY and Mulberry, and starred in her first-ever movie, “The Face of the Angel” with Kate Beckinsale and Daniel Brühl—and now she’s adding legit musician to her red hot résumé.

But if you thought she was just doing this music thing willy-nilly, think again. According to multiple reports, Delevingne, 22, has enlisted the help of mega producer Pharrell Williams to help launch her music career. The duo have been secretly working for the past eight months on her debut, this according to the Daily Mail, and are gearing up for a major global launch—one that includes a music video, which she was rumored to be filming in Paris just last week.

MORE: Kate Middleton’s Due Date Has Been Revealed

“They’re going to release the song without warning, complete with video and global launch,” a source told The Sun. ‘They seem to have formed a great little writing collective and apparently it’s a huge song.”

If Pharrell believes in his protégé enough to pull a Beyoncé-like move with her debut album, we all should, right? “I think what people should probably focus in on, versus these specific projects, is on her, her spirit,” he told Capital FM earlier this year. “Because the films only get better, the parts only get bigger, the music only gets better, the modeling only gets better.”

Bring it on, girl.