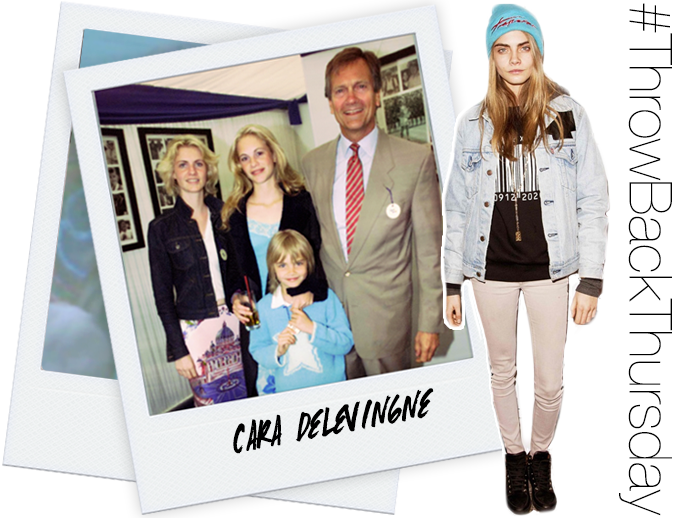 As the much publicized model of the moment, it’s clear that Cara Delevingne has a long and successful career ahead of her—as long as she steers clear of more cocaine scandals! The 20-year-old Brit has tons of campaigns under her belt, and is a paparazzi favorite thanks to her many celebrity friends, which include Rihanna and Rita Ora.

But there’s a lot more to Delevingne than just being the toast of the catwalk! Born in 1992, Delevingne grew up with a wildly privileged lifestyle as the granddaughter of Sir Jocelyn Stevens, a major publisher. Along with her older sister, fellow model and It-girl Poppy Delevingne, she grew up as a socialite thanks to her parents who were perpetually on the scene. And luckily for us, that means her childhood years are seriously well-documented—and she couldn’t be more adorable!

This old photo shows Cara at 9 years old in 2001 at an event with her dapper family. These days, she stands at 5’9”—but back then, she was adorably tiny. We can’t get over her pixie cut either—talk about ahead of her time!

What do you think of this week’s #ThrowbackThursday? Let us know who we should do next week in the comments below!