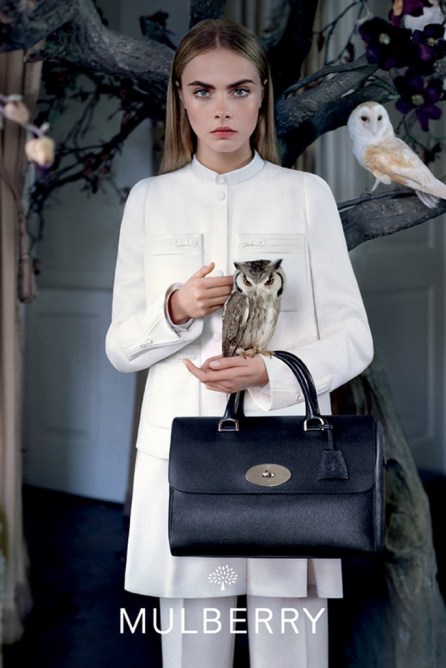 Model of the moment Cara Delevingne knows better than anyone what being busy means. Apart from walking in nearly ever show during last season’s Fashion Month, the British beauty also has landed a slew of campaigns and projects, including acting as the face of Saint Laurent’s fall 2013 campaign, starring in DKNY’s fall ads, putting her naked body on a skateboard, and now posing for Mulberry’s fall campaign—with live owls, no less. 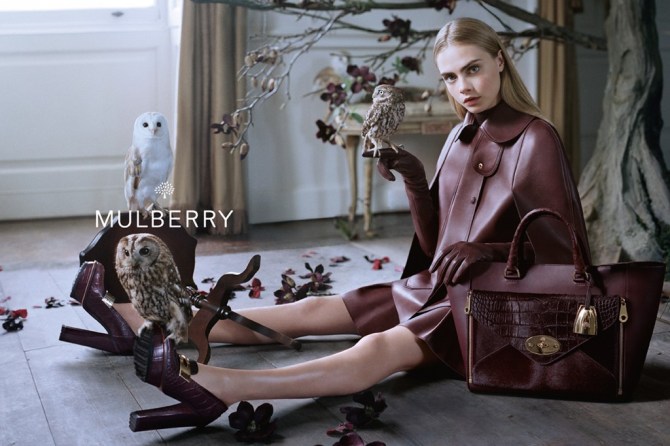 Decked out in fall’s monochromatic color palette in textures like leather and fur, Cara (shot by Tim Walker) handles the creatures with care, sitting on the floor and posing under trees installed at the 18th-century Shotover House in Oxfordshire, England.

Cara’s incredibly busy work schedule got us thinking: why does everyone love this girl so much? Yes, we know she’s cool and buzzy, but does having her front multiple campaigns at once really pay off for labels?

We talked to branding expert Kristi McCormick of Matchbook Company (who previously shed some light on Cara’s alleged drug scandal) about why all these brands are fawning over Cara, and whether or not her omnipresence poses any potential conflicts in the minds of shoppers.

Why is Cara everywhere? Why does everyone seem to have such a fascination with her?
Kristi McCormick: Every famous model has a time in their lives when everyone is using them. Kate Moss, Gisele Bündchen, and Angela Lindvall have all had their “fall campaign” moments. Cara is the It-model of the season, and brands want to capitalize on her fame and her press (bad or good). The fact that British Vogue called her a “star face” and London’s Evening Standard listed her as “most influential” only adds to why brands want her to be the face of their campaigns.

But doesn’t that create conflict in shoppers’ minds? Meaning, do consumers only see Cara, and not the brands?
Shoppers make purchasing decisions based on recognizable names and faces. Outside the fashion community, Cara has not achieved this yet. For years, models have appeared in multiple campaigns at the same time. This is because brands choose not to pay for exclusivity, unless they’re using a celebrity. Celebrities are regularly held to exclusivity clauses when they pose for advertisers. Once Cara becomes a globally recognized name and face, brands may pay to hold her exclusive so they don’t have to share her with their competitors. 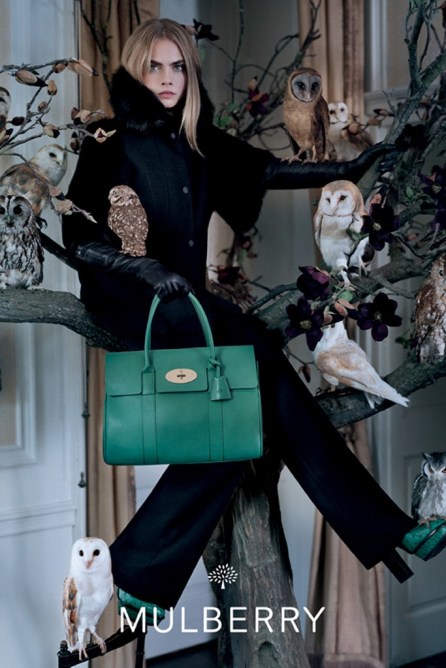