After model Cara Delevingne and actor Michelle Rodriguez were spotted courtside last month at a New York Knicks game looking quite cozy and intimate, rumors began swirling that the two were a bit more than just friends. While we assumed the two gal pals were just (as pictures evidenced) just tipsy and having a grand ol’ time, it turns out the two are officially dating.

Rodriguez, 35, opened up to British tabloid The Mirror about her budding romance with the 21-year-old supermodel. “It’s going really well. She’s so cool,” Michelle told the mag of their relationship. “When we started hanging out I just thought she was awesome, and we have the best time together. She’s hard though. You wouldn’t want to mess with her in a fight.”

And in case you’re wondering, apparently the 14-year age gap is no challenge here: Reportedly, the romance is going so well that the wildly wealthy Delevingne family has invited Rodriguez to Cara’s older sister Poppy Delevingne‘s bachelorette party in Los Angeles next month before she weds beau James Cook.

Are you surprised that these two are an item? Sound off below! 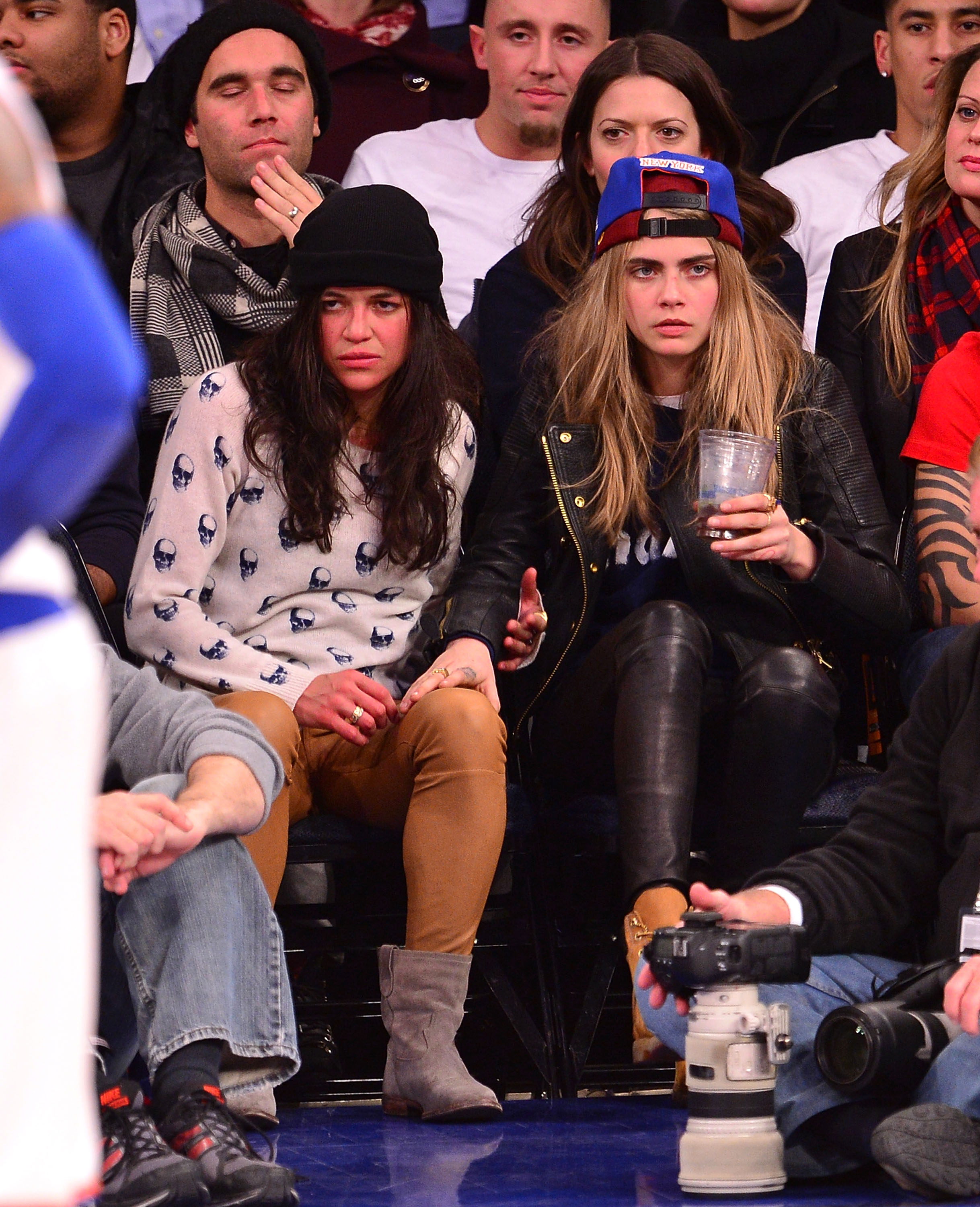