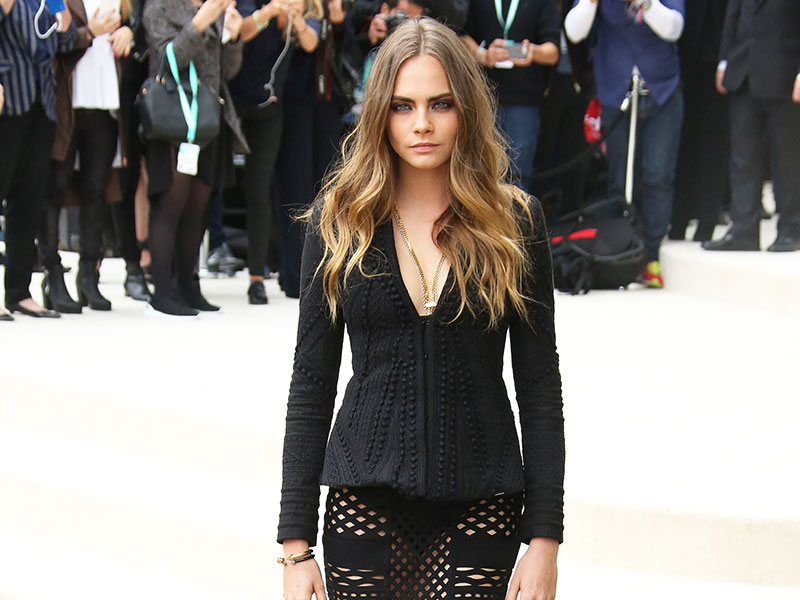 Model, actress, and British It girl Cara Delevingne has opened up about mental illness, revealing that she’s been battling depression since the age of 15.

Now 23, Delevingne spoke candidly during an interview at London’s Women in the World Summit this week about the struggle to please her family and pushing herself too far.

“I really wanted to do well at school to please my parents, to please my family,” the model said. “I didn’t really care that much about school because I knew I was never going to be very good at it. I think I pushed myself so far, I got to the point where I had a bit of a mental breakdown.”

If you’re reading this and wondering how someone so beautiful, wealthy, and successful could be depressed, Delevingne addressed that too: “In our culture, we are told that if we are beautiful, if we are skinny, if we are successful, famous, if we fit in, if everyone loves us, that we’ll be happy. But that’s not entirely true,” she explained.

Recent stats show that depression is more common than you might think, affecting 14.8 million American adults, or about 6.7 percent of the U.S. population age 18 and older, in a given year. Women are also twice as likely as men to experience depression.

In Delevingne’s case, the illness reached a low point after she became a successful model, when she began having suicidal thoughts: “I was completely suicidal, didn’t want to live anymore. I thought that I was completely alone … I wanted the world to swallow me up, and nothing seemed better to me than death.”

She added that yoga, writing, and advice from Kate Moss helped her get back on track: “I eventually took a break, on the advice of Kate Moss, who picked me up off the floor at a very stressful time.”

You can watch Cara’s full interview below.