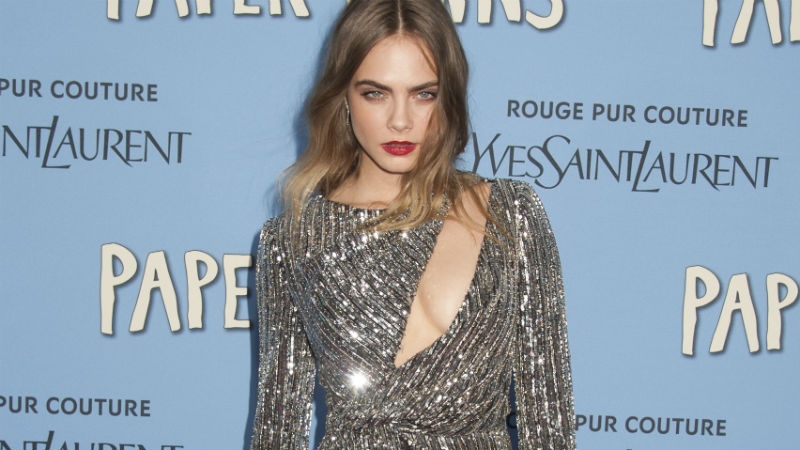 Supermodel and actress Cara Delevingne turns 23 years old today. Let’s just take a second to process how young that is for someone who’s walked more runways than we can count, bagged a leading role in one of the year’s buzziest movies, hangs out on the regular with Rihanna and Kendall Jenner, and has been romantically linked to a variety of famous folks from Michelle Rodriguez and Saint Vincent to Harry Styles.

In an ode to everything that makes Delevingne the undisputed queen of cool, take a look at 23 fun facts about our favorite birthday girl.

1992: The year Cara was born. Other big moments in 1992? Bill Clinton was elected President of the U.S., the World Wide Web made its debut to the public, and the Cold War came to an official end.

2012: The year Delevingne had her big break. She was spotted by Burberry’s Christopher Bailey while working part-time in the office of ASOS.

2: Number of sisters Cara has. Most people are familiar with Delevingne’s older sister, Poppy—also a model and socialite—but she has a second sister, Chloe. The eldest of the clan, Chloe is less well-known, and reportedly in medical school.

17.3 million: Number of Instagram followers Delevingne has, as of August 12, 2015. Last year at this time she had just over six million.

52: The percentage that eyebrow grooming products rose in 2014, according to the NPD Group, due in large part to Delevingne’s trendsetting bold brows.

2: The number of times Delevingne reportedly fell asleep during an interview with Vogue’s Plum Sykes for the magazine’s July 2014 issue.

4: The number of times that Delevingne has opened a Chanel show. Chanel Creative Director Karl Lagerfeld has said of Delevingne: “Girls admire her like they used to Kate Moss.”

10: The age that the now-supermodel first appeared in Vogue Italia, shot by famous photographer Bruce Weber.

5’7: Delevingne’s actual height, although her agency positions her as being 5’9.5.

1: The amount of times the hosts of “Good Day Sacramento” introduced her as “Carla.”

39: Her record for the number of shows she’s walked in during a single season. She set her personal record during the Spring 2013 shows.

3: Delevingne is the third celebrity to have a Mulberry bag named after her. The others were Lana Del Rey and Alexa Chung.

47,400: The number of YouTube search results for “Cara Delevingne singing.” We highly recommend watching her rendition of “I Want Candy.”

14: The number of tattoos Delevingne reportedly has. Her latest was one she got with good friend, model Jourdan Dunn.

2: The number of times Delevingne has won the British Fashion Awards “Model of the Year” award. She scored that crown in 2012 and 2014.

2: Number of times that Delevingne has made us seriously jealous by vacationing with BFF Rihanna. They’ve been to Monaco and Barbados together. Oh, to be a fly on that yacht.