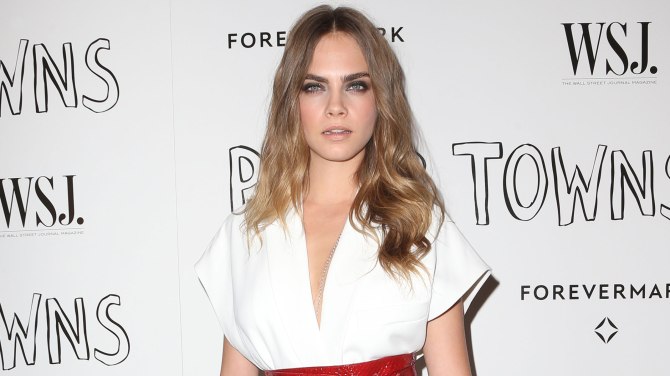 Cara Delevingne just had the most awkward interview of her life on live TV while promoting her new film “Paper Towns.”

Things got off to a bad start when the host of “Good Day Sacramento” introduced Cara as “Carla,” then opened by asking the model-turned-actor whether she’d actually read the book–a pretty patronizing question.

The hosts clearly didn’t understand Cara’s British sense of humor, and her joking response, “No, I didn’t read the book or the script . . . I prefer to just wing it,” fell on tone-deaf ears. Keep in mind they had also just introduced her with the wrong name.

From there, things quickly spiraled downwards and the interview soon became one of the most epically uncomfortable segments we’ve ever seen. Co-host Mark S. Allen eventually interrupted to ask whether there was a problem or if Cara was tired, asking why she didn’t seem excited about the film.

“It’s the morning!” Cara jokingly responded, telling the hosts that the premiere the night before had been an “emotional” event.

Then the interview reached its low point, with anchor Marianne McClary telling Cara that she seemed irritated: “You do seem a little irritated, but maybe it’s just us,” she said.

The actress responded with a cool, “No, I think it’s just you,” and the interview was quickly cut. Yikes.

Although that TV segment may have been a complete fail, at least  Cara’s red carpet looks on the press tour have more than made up for it.