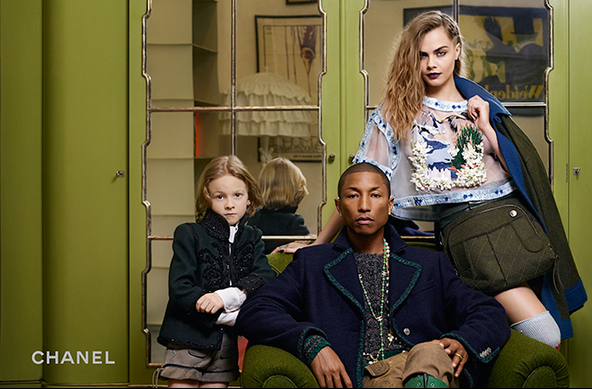 Karl Lagerfeld has once again enlisted the modeling talents of Cara Delevingne and Pharrell Williams, this time for Chanel’s 2015 Pre-Fall “Paris-Salzburg” collection.

The pop star-supermodel duo made headlines in the fall with their seven-minute long “Reincarnation” film about Coco’s inspiration for the iconic Chanel tweed jacket. We already knew that Pharrell had a pair of pipes on him, but Cara showed off some of her singing and acting chops in the film, as well. Happily, they’re back together in the new official ads for the collection. 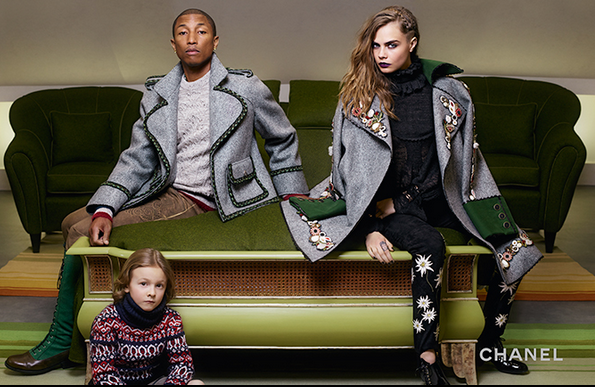 The campaign was also shot by Lagerfeld, who’s been spending lots of time behind the lens these days. The full collection, which has been highly anticipated after two buzzy preview shows in New York and Paris, will be available in stores and on chanel.com in June.