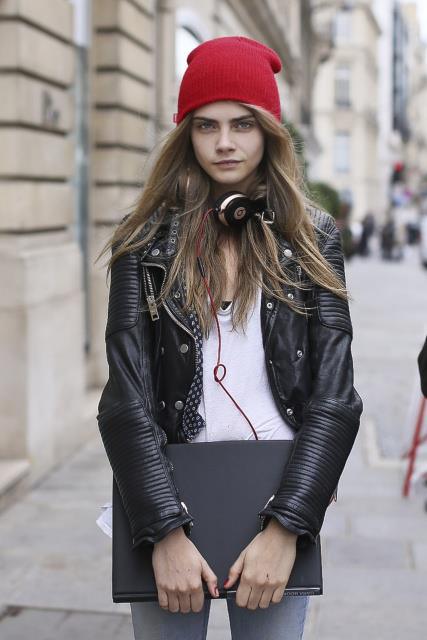 Anyone else think it’s sort of funny that Cara Delevingne is being considered for a role in the film adaptation of 50 Shades of Gray?

A source close to the 20-year-old beauty told The Sun that Delevingne has auditioned for “50 Shades” and “is a front-runner for a part.”

The face of pretty much every label, like, ever, had a small role in 2012’s “Anna Karenina,” and is reportedly “desperate” to get in on the big-screen version of the novel, which is scheduled to hit theaters next August.

There’s been several big-name stars who are reportedly being considered for the starring role of innocent girl turned S&M enthusiast Anastasia Steele, but Cara is reportedly seeking a smaller role, and will probably get one in all likelihood due to her connection to the film’s director, Sam Taylor-Johnson (Taylor-Johnson’s husband, Aaron Taylor-Johnson, starred in “Anna Karenina,” with the model.)

MORE: Cara Delevingne’s Tattoo Artist Dishes on the Model and Other Stars

Last fall, it was rumored that the busy model—she walked on over 30 Fashion Week shows last season—turned down an offer to play Victoria Beckham, aka Posh Spice, in the Spice Girls tribute musical “Viva Forever,” quipping that accepting the role would be a “career killer.”

“50 Shades” might be a tad less campy than the Spice Girls, but it’s not exactly “Anna Karenina Part II,” so we’re eager to see if Cara accepts a role!