I am happy to announce something that likely everyone knows: Over the past few years, there has been a significant increase in female representation in superhero movies—in both Marvel and DC alike. This is something to celebrate. It’s no secret that female representation has been a problem. Like most professions (both fictional and real), the superhero genre has been deemed a men’s club, with male caped crusaders outnumbering females by a landslide.

We demanded more female representation—and we got it. We got it in the success of 2017’s Wonder Woman, featuring one of DC’s most well-known female superheroes and a kickass team of Amazonian warriors. We got it in the promise of Marvel’s first-ever female-led film, Captain Marvel, due in March 2019. We got it in the recent announcement that, after many years at the side of men, Black Widow will finally have a stand-alone film sometime in the future. But as noteworthy as these achievements are, there’s still one feat that no female superhero in film has done, and that’s be a leader—to both men and women.

Some of you may be wondering, “But… there have been female leaders in superhero movies.” Why, yes, you are correct. We’ve had Hippolyta, the noble leader of the Amazons in Wonder Woman, and Okoye, the fierce commander of the Dora Milaje in Black Panther. There are also the Valkyries of Asgard from Thor: Ragnarok and Harley Quinn in Birds of Prey, DC’s upcoming, due in February 2020, centered on Gotham’s most dangerous female supervillains. As important as these characters are for the much-needed representation of female superheroes in films, they all share one unfair characteristic: They have only led women, and this is a problem in itself. 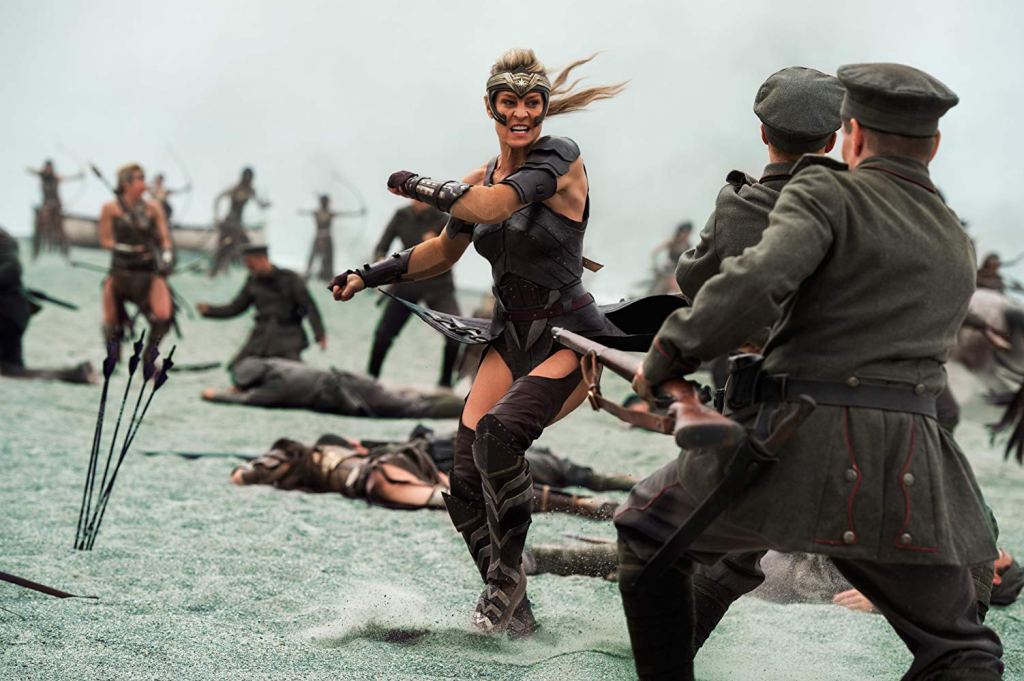 As excited as I’ve been for this rise in female superheroes, there’s also been a nagging in the back of my mind that I’ve tried to ignore: Why are female superheroes only allowed to lead women? Men often lead groups of both men and women, yet women only lead groups made exclusively for themselves with a “no men allowed” policy. It begs the questions of whether they become leaders by default or by choice. Would they still be leading if men were allowed? By creating female-only armies and designating female leaders to lead these armies, women continue to be isolated from the “men’s club” and waved off to play amongst ourselves.

Women continue to be isolated from the ‘men’s club’ and waved off to play amongst ourselves.

This nagging voice became harder to ignore as I began to look into Captain Marvel’s history. I became dismayed when I discovered that in one of her storylines, she not only becomes a leader of an “elite squadron of female fighter pilots” but also heads up the A-Force, described as an “all-female team of Avengers.” Considering Captain Marvel has led other great teams in her history—that include both men and women—I’m holding out hope that Marvel won’t choose the above routines for any of Captain Marvel’s cinematic storylines. 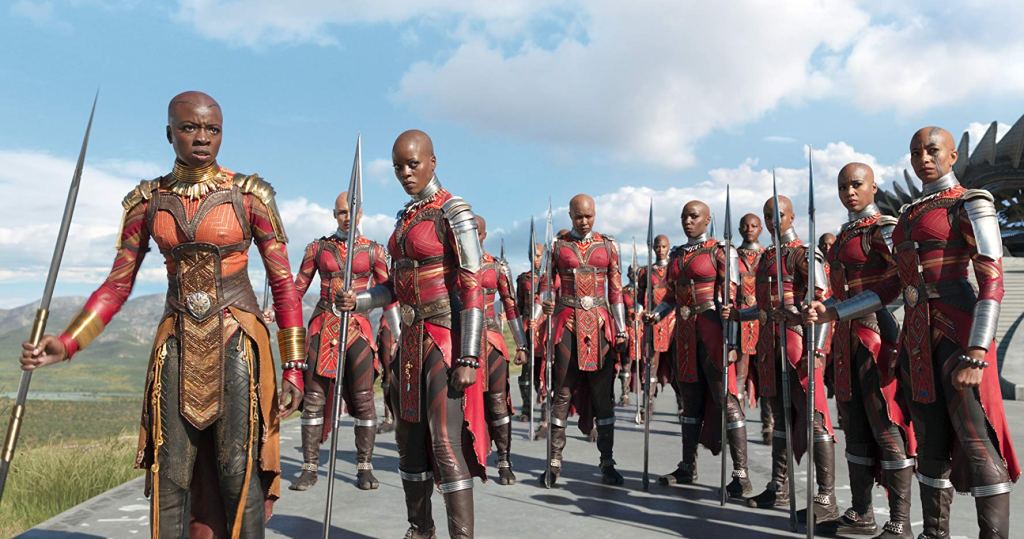 And though there are a few examples of women successfully heading teams of both men and women in superhero films, these characters are usually either secondary love interests (Pepper Potts is the CEO of Star Labs in Iron Man); canceled (Agent Carter leads a rogue team in her eponymous TV show); or killed (the Ancient One in Doctor Strange is… controversial in her own way). Despite her name in the title, the Wasp from this summer’s Ant-Man and the Wasp is considered a partner more than anything—if I’m being generous. The best example of a female superhero leader is on the small screen in DC’s Legends of Tomorrow on the CW, in which White Canary takes over as the leader of a dysfunctional group of time travelers. Seeing how naturally White Canary assumes the role of captain (because there really is no difference between a male and female leader), you would think the grander cinematic universes would do the same.

Like most professions, the superhero genre has been deemed a men’s club.

The big screen is making impressive progress, but there’s still a lot of catching up to do. For me, this gaping hole when it comes to leadership is representative of a very real problem. After all, fantasy is not truly escapism as people claim. Even author Lev Grossman, who was taught by the Chronicles of Narnia creator C.S. Lewis, stated “You re-encounter in the fantasy world the problems you thought you left behind in the real world.” Though the villains seem bigger and badder and the battles are packed with magic and CGI, there are the recurring themes of heroism, public sentiment and equality that reflect the real world. 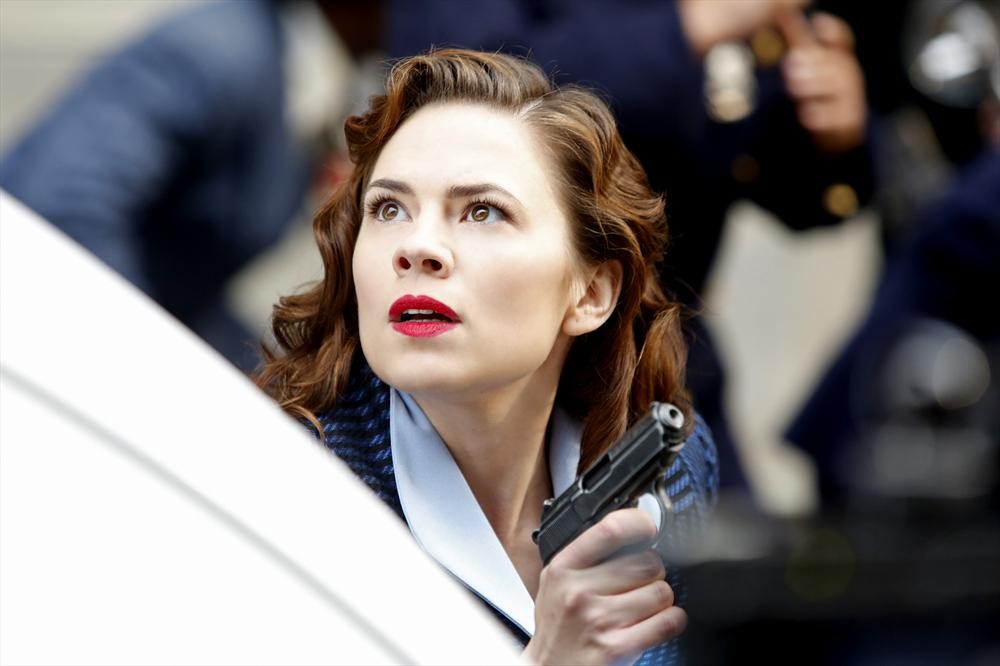 Equality is still a struggle in both fiction and reality. When these female superheroes aren’t leading their own stories, like Wonder Woman or Supergirl, they’re assigned to the role of sidekick, the right-hand woman who helps keep others—mostly men—in order. For many movies, this is the highest position available for them. There’s Maria Hill (whose name I found from Googling “Nick Fury woman”) to Nick Fury, Black Widow to Captain America and, at times, Wonder Woman to Batman.

It’s about time we also have women lead—not only other women, but both women and men who respect her.

Having more women as leaders, not only of other women, is important. I am a member of a demographic for superhero movies that’s always been there, but has only recently seen ourselves represented. And I would like to see a better balance. For the Marvel world, (including comics, movies and other media forms), it’s estimated that women have become the majority of the fandom as of 2017, based on Facebook demographics.

The only real superhero medium that tackles this sexism is ABC’s Agent Carter. Time and again, Agent Carter needs to prove to the Strategic Scientific Reserve, a male-dominated war agency, that she can hold her own, even after having already proven this in World War II. (The show was canceled after two seasons in 2016.) My only remaining hope for now is Captain Marvel. What we know so far is that she is a colonel in an army (hopefully not for a group of female soldiers) and that she is “the most powerful Avenger” (hopefully not for the A-Force, the female equivalent). Maybe in Avengers: Endgame we will see her as the commander, picking up the morale of shaken superheroes—both male and female alike. Maybe we will see her at the head, front and center, leading the charge against Thanos. Maybe Wonder Woman will also take over the Justice League, because, hey, who knows?

Either way, now that we have female-led superhero movies, it’s about time we also have women lead—not only other women, but both women and men who respect her. Since it’s already in her name, my money’s on Captain Marvel.