To me, the holidays include Hanukkah, Christmas, Kwanzaa, New Years, and the start of Capricorn season (which, for those wondering, starts Dec. 22 and lasts through Jan. 20). The earth sign is known for their dutiful, steadfast and loyal nature. They’re also known for being good with money and simply getting shit done (ah, yes, those people). And what a better time for a driven, ass-kicking season than the start of the new year? But you should also know that this astrological season is about more than just achieving your goals—shall we see what else is in store for Capricorn season 2019?

An earth sign ruled by Saturn, Capricorn is ambitious, persistent and realistic, but they’re capable of having fun, too. Saturn rules money, age, hard work and the material world—it’s a highly responsible planet that’s just trying to do its job, like nearly every Capricorn you know. Caps are also a cardinal sign (along with Aries, Cancer and Libra, aka some of the most stubborn people walking this earth). They know who they are! Good for them! But pair this with being an earth sign, who are inherently deeply rooted and grounded folks, and good god—best of luck to anyone trying to change the mind of a sweet, sweet Capricorn. 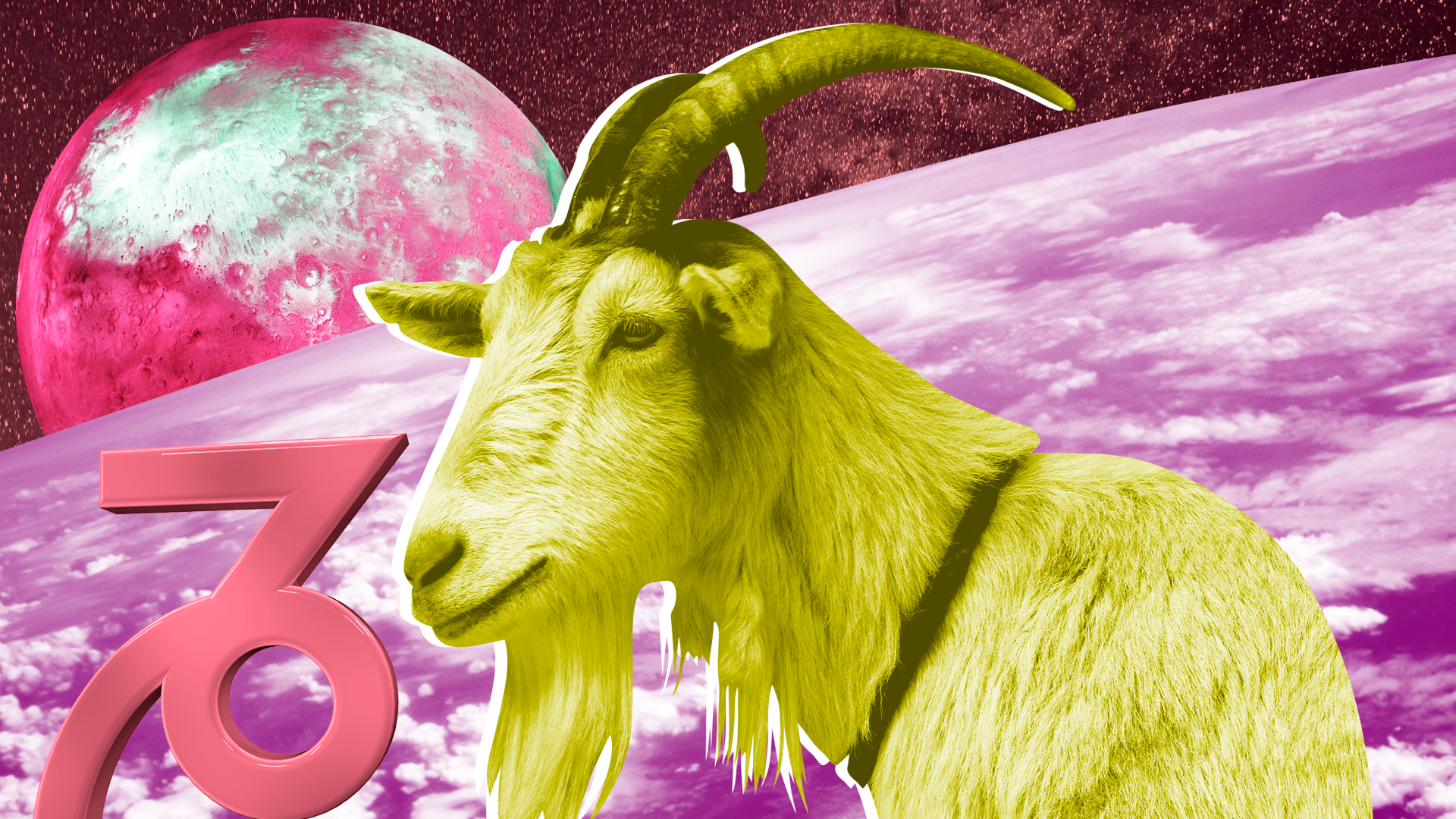 And thanks to Saturn, Capricorns are motivated to be highly successful people. They’re focused on taking care of the physical (a nice home, food, clothes, security, etc.), and once those are taken care of, they strive for more, usually power. Incredibly Maslow’s Hierarchy of Needs of them, don’t ya think?

But because of this, Capricorns are not only motivated to be successful—they often are. They don’t just want success, they have the patience and diligence to fully see things through and get what they want. If you need proof, some famous Caps include Aaliyah, Michelle Obama, and Dolly Parton. True hardworking queens.

Dutiful and diligent, Capricorns are also willing to make sacrifices for the sake of a better future for themselves and others. They often have a lot of patience, largely because being practical is in their nature. Along with their earth sign comrades, Taurus and Virgo, they tend to focus on the practical and the physical—daydreaming about fantasy worlds doesn’t appeal to them. It’s all about the here and now and what they can see/touch/consume/hunger for in this world. (This also means that for all their steadfastness, there’s a part of Capricorns that LOVE instant gratification, which is why when they let loose, they often tend to let it alllll go.) 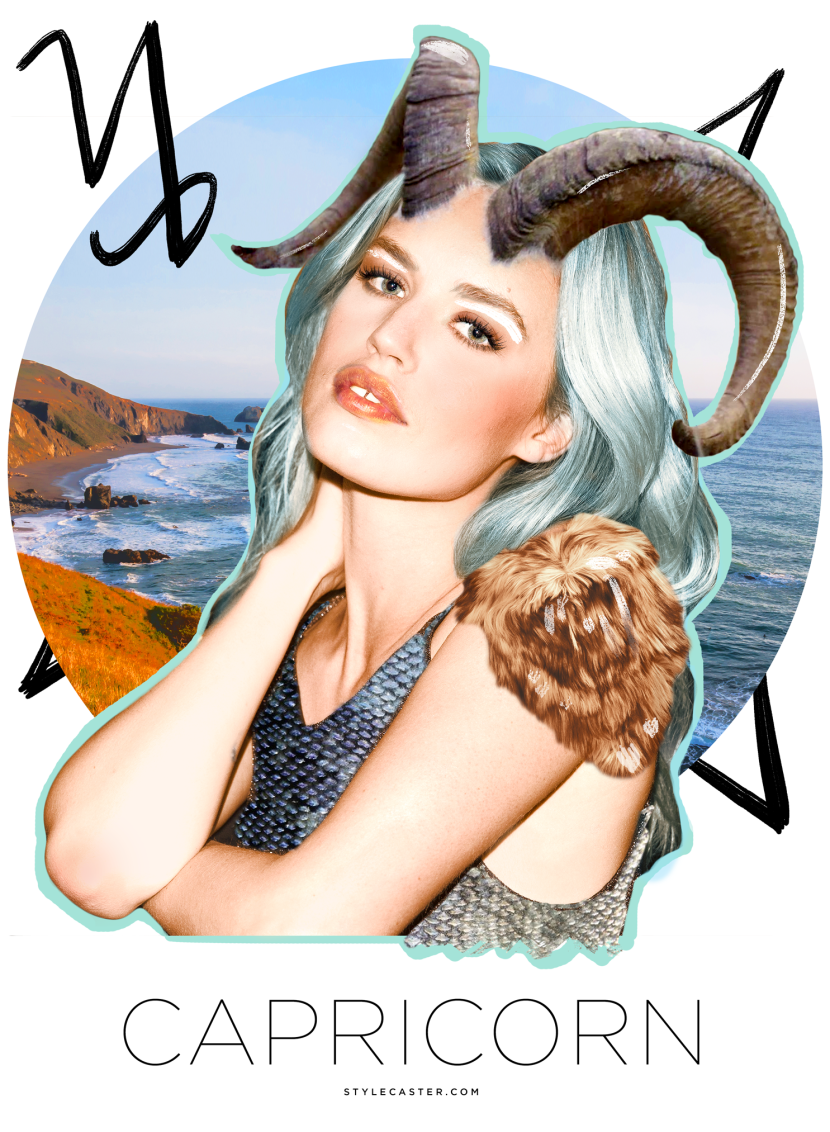 Some advice for non-earth signs who tend to err on the side of fun (vs. respondibility), maybe use a bit of this steadfast and diligent Capricorn energy to work with all your might toward something that feels a little mundane right now. Like, yes, finally completing that Duolingo course might be less fun than having a post-work glass of wine with your roomies, but think of it as a current investment in your future selves! And earth signs, maybe give yourself a little break this season. It’s okay to not be working constantly. Life’s about balance, ya know?

There’s a common assumption that Capricorns are good with money, and that assumption is so widely believed, well, because it’s true. Nearly every Cap you know has probably mentioned their budget (or budgeting spreadsheet or budgeting app) at some point in casual conversation, then been astounded when you don’t also have a multi-sheet Excel workbook to track your finances, too. While going full certified CPA like this isn’t for everyone, Capricorn season could be a good time to tidy up your finances, especially with so much holiday giving and the promise of a new year (a fresh start!) just around the corner.

But also, note: While Capricorns are known for being dutiful and good with money, they also have a reputation for being boring, more so than any other sign. Now’s a good time to remember that no one is just one sign, but has a chart filled with a variety of placements in different zodiac signs. Caps with a fire moon can be dutiful planners but rowdy partiers. Caps with an air moon or Venus can be ethereal and dreamy partners that plan romantic dates for their SOs. And Caps with water placements can be thoughtful and empathetic creators, taking their feelings and making art with them. So while Capricorn is known for its steadfastness, don’t go feeling pigeonholed into being conscientious and boring, dear Capricorn. You have so many layers! So many ways to be fully yourself! 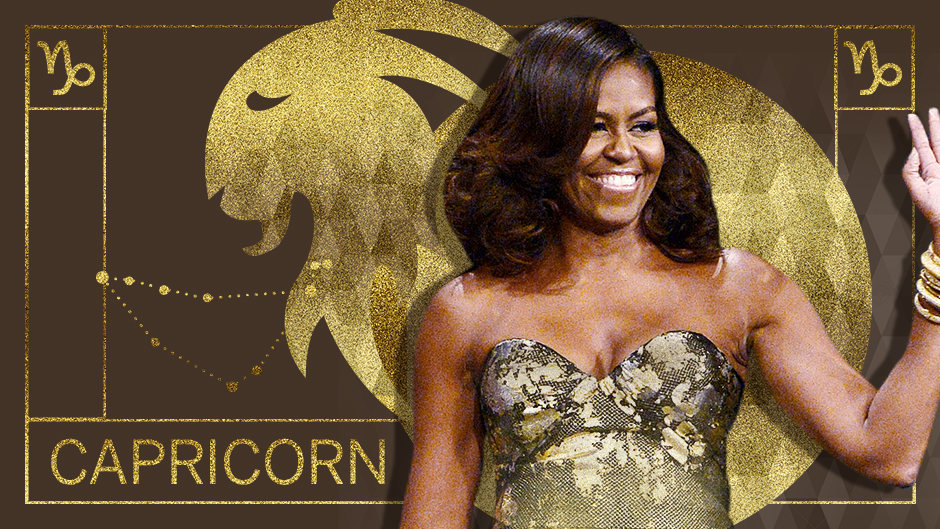 On Jan. 13, there will be a full moon in Cancer—the sister sign to Capricorn (this happens every single month, just so ya know). While Capricorns are dutiful and steadfast, Cancers are not. They’re crybabies, and we love them for it! These two signs compliment each other nicely, though, as the more sensitive water sign energy permeates our emotional realm during an otherwise rigid period of time. The full moon in Cancer reminds us that it’s okay to cry, to tend to ourselves and those around us with warmth and care as we work toward our own goals, too.

We’re coming off the tail of a thrill-seeking, restless and rowdy Sagittarius season and into a calmer month full of intention. Similar to the transition from Scorpio to Sagittarius season, the shift from Sag to Cap season feels like one of the more natural progressions of the zodiac, at least to me. After a month of dreaming so big, we can barely see the ground anymore. It’s time to zoom back in a bit and begin taking steps on our carefully crafted journey toward our dreams. Now is the time to put plans into action and harness that good and responsible Capricorn energy.

Fire signs, try to use this energy to hone in your rowdy, fast-paced spirit. Try to bring a bit of order and diligence to your big, bold ideas, then amaze yourself with how much you can accomplish.

Water signs, with your sweet tendency to feel everything deeply, you can try to use this energy to practice patience with yourselves and your emotions.

And Air signs, so prone to give in to every whim and desire, take this next month to examine your motivations behind why you do the things you do. Your actions will be more meaningful and powerful once you understand why you’re doing them.

Enjoy the focus and clarity that Capricorn season brings, because oddball Aquarius season is right around the corner, and you’re going to want to gear up.