Last night, Victoria’s Secret Angel Candice Swanepoel totally slayed the runway at the brand’s annual runway show extravaganza, showing off some amazing gams (not to mention certain other body parts that incite envy in women everywhere) and rocking the $10 million fantasy bra. But way before the now 25-year-old model was strutting down the catwalk, she was just a little South African girl with a gap in her two front teeth. 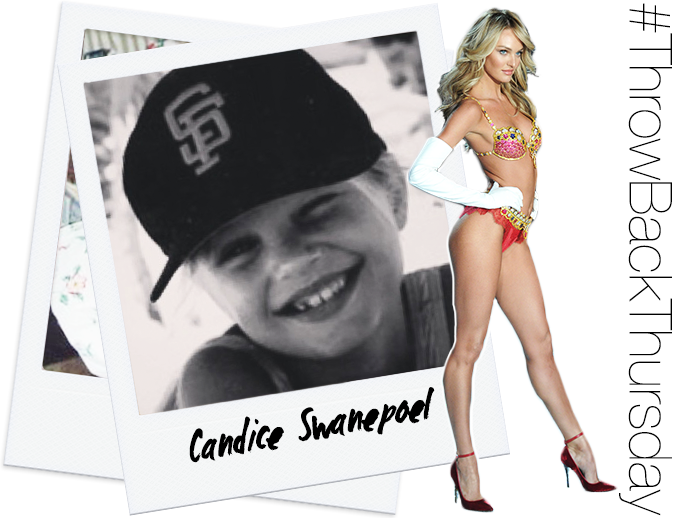 Swanepoel grew up in Mooi River, South Africa, a tiny town that has a population (at least as of it its most recent polling) of no more than 2,874 people. While shopping at a flea market in a neighborhood near her home, Candice (aged 15 at the time) was spotted by a model scout, and the rest is history. In addition to her regular gig as one of Victoria’s leggiest models, Candice has landed on the covers of American, Australian, Greek, Spanish, Portuguese, Japanese, and Italian Vogue, not to mention appearances on other high-fashion runways and in ad campaigns. NBD.

MORE: 12 Things You Might Have Missed From The VS Fashion Show

Despite legs that seem to go on for days, Candice comes in as one of the “shorter” VS Angels: she’s only 5’9,” which stands in comparison to ladies like Erin Heatherton (5’11”) and Adriana Lima (5’10”). But that didn’t stop VS from picking Swanepoel to be the lucky gal to wear the fantasy bra down the runway this year—she opened the show to raucuous applause.

Check out the hottest looks from last night’s show, and join us in adoration for this tall, sinewy creature with humble beginnings!