Grab a tissue! The sun is swimming through Cancer’s magical ocean of emotion, which means that in addition to being in your feelings and craving sugary snacks after midnight, you’re also 10 times more receptive to the psychic waves in the atmosphere. However, before we dig into the natal charts of some of your favorite Cancer celebrities, let’s take a closer look at the essence of this cardinal water sign, and why those born during this sentimental season never cease to resemble the mysteries of the ever-changing moon. Yes, Cancers can be quite moody. If you happen to have Cancer placements—or any Cancerians in your inner circle—then you’re no stranger to their emotional highs and lows. This water sign’s stormy and wavy nature can be extremely difficult to read (let alone comprehend), but the world can’t help but feel drawn to their enigmatic nature either way.

Astrologically, the moon is symbolic of our shadow self; it represents everything from our intuitive wisdom to our emotional foundation. Having said that, Cancer’s zodiac archetype is often known for embodying both the light and dark side of the moon, especially since it also happens to be their planetary ruler. So, the same way this luminary continues to evolve through its various lunar phases, the emotional state of those born under this water sign is no different. A symbol of the divine mother, this water sign’s innate tenacity and maternal presence is all a part of their elusive charm! Some even say a Cancer’s wrath is so intense that it reminds you of your mother when she’s angry, which is another reason why they can be so intimidating at times. However, on a good day—or better yet, on the right moon—Cancer’s warmth and cozy presence is truly incomparable!

‘Tis the season of nostalgic memorabilia, family heirlooms and everything homemade… but if you’re anything like me—someone who also happens to be a Cancer—then you’re probably wondering how our favorite Hollywood crabs are shell-a-brating their solar season this year. Sure, it’d be safe to assume that family is where their heart is, but don’t let Cancer’s softhearted persona and moon-shaped eyes fool you. As you can see, there’s a lot more to this water sign than meets the eye… and the best part is, we’ve got the birth charts of incredible celebrities like Lana Del Rey, Khloe Kardashian, Post Malone, Tia & Tamera Mowry, Princess Diana and Margot Robbie to prove it. Let’s take it from the top, shall we? 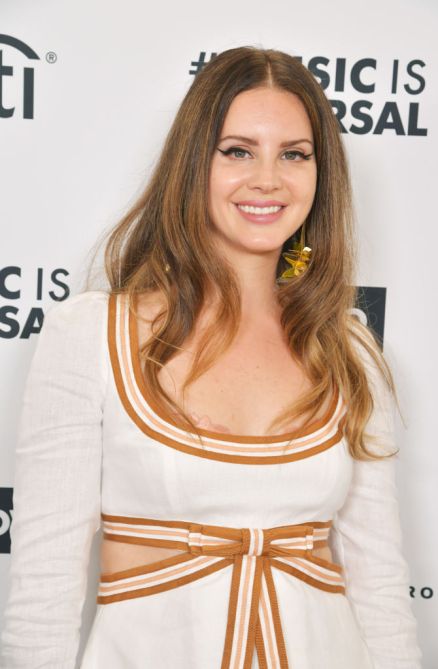 The only thing more surreal than Lana Del Rey’s siren-like voice is the mere fact that she also happened to be born during the summer solstice. However, in addition to gracing the world with her presence on the longest and brightest day of the year, the “Born To Die”–songstress made her arrival just moments after the sun made its official entrance in Cancer. This is astrologically auspicious timing, as the “zero” degree is considered critical and karmic, but there’s more! Her sun is simmering in her eighth house of sex, death, transformation and psychic heirlooms, alongside Mars—planet of passion and combat—as well as Mercury—planet of communication—so it’s no wonder Del Rey’s musical aesthetic and evocative song lyrics are more than often considered so polarizing and taboo!

However, if you listen closely, you can feel the vulnerability and sensitivity of her Cancer stellium, almost as if she was singing the world to sleep with a haunting lullaby. Born under a cinematic and larger-than-life moon in Leo, Lana Del Rey’s reputation in the world is equally as sweet as it is glamorous. The moon is also symbolic of the “divine feminine,” and because her moon is glimmering in her 10th house of fame and public image, her status is nothing less than iconic. This would explain her connection and collaboration with musical icons such as Courtney Love, Joan Baez and Stevie Nicks! 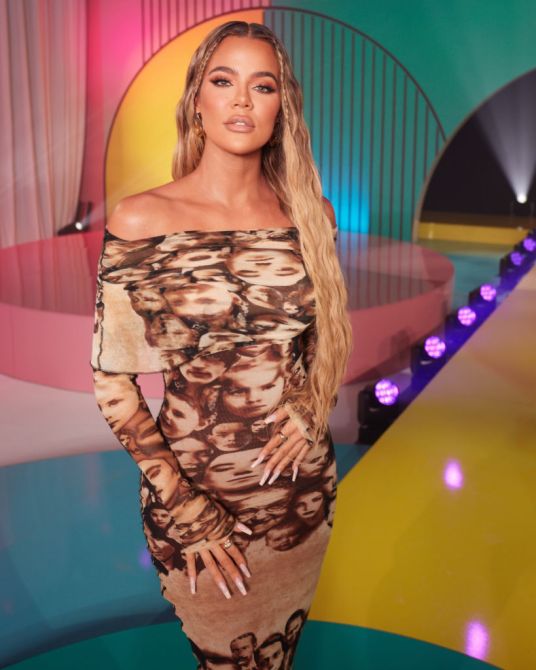 It’s hard enough to keep up with a moonchild, let alone a Kardashian! Although, in typical Cancer fashion, it didn’t take much for “KoKo” to steal the hearts of millions around the world. Despite being one of the most-beloved Kardashian sisters, she’s also incredibly resilient and tenacious. Leave it to a Cancer stellium (a sun-Venus-Mercury conjunction in Cancer, to be exact) to gracefully power through the bullying, the backlash and the baby daddy drama! Khloe’s Venus—planet of beauty, romance, values—and Mercury—planet of communication style—also happen to be in sweet and sensitive Cancer. However, these planets also form a trine with Mars—planet of conflict and passion—and Saturn—planet of discipline and karma—in Scorpio, which validates some of the difficulties and betrayals she’s experienced in her tumultuous relationships.

However, this also makes Khloe someone who lives to prove people wrong, because nothing says revenge more than a Mars in Scorpio! Plus, KoKo’s Mars is conjunct Saturn in her ninth house of entrepreneurship and publishing, and in harmony with her Mercury-Venus in Cancer. This shines a light on the way she’s used her voice to speak on inclusivity and body positivity. And with a Cancer stellium occupying her flamboyant fifth house of fame, as well as a moon in Gemini sitting in her fourth house of family, which is situated directly across from Neptune—planet of film, media and vulnerability—via her 10th house of notoriety, reputation and legacy in the world—it’s safe to say, her family’s reality series Keeping Up With The Kardashian was always part of her destiny. 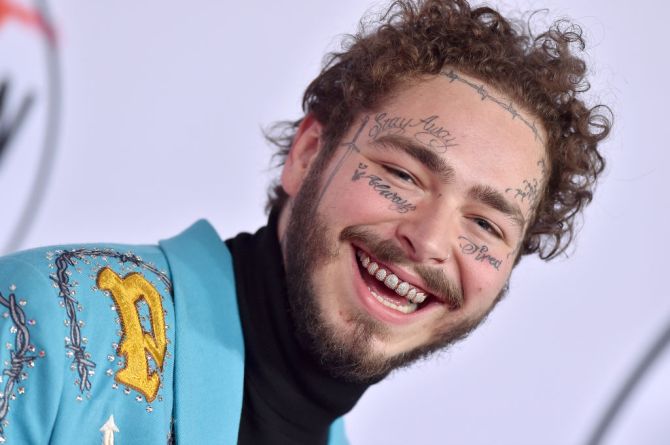 Though we don’t have an exact birth time for our good friend, Austin Post (aka Post Malone), his personal planets are just enough to validate just how much of a stereotypical Cancer we’re dealing with here. Whether you’ve been a fan since his 2015 debut single “White Iverson,” or simply caught yourself singing along to “Circles” from his last studio album Hollywood’s Bleeding, the likelihood of this crab’s melodies growing on you is greater than you might’ve realized at first.

Born with Mercury conjunct Venus in Gemini, the lure behind his lyrics and his soothing voice is beyond tangible. Post Malone’s words carry weight and his artistic efforts are a sonic plethora of miscellaneous concepts. His birth chart is full of mutable energy, which makes him incredibly clever and changeable, speaks to a chaotic madness that’s central to his genius. This is especially true when you consider that his quick-thinking Mercury forms a square with his analytical Mars in Virgo. His creativity is methodical, with a sharp attention to detail, which means it’s safe to assume that this astrological amalgam is what continues to inspire the execution of his musical direction. The sensitive hue of his Cancer sun adorns his catchy tunes with a sense of hope and colorful nostalgia, which makes them just as relatable as they are personable.

Post Malone’s moon could either be in the later degrees of Virgo, or the early degrees of Libra (depending on what time of day he was born). When considering his natal Saturn—planet of stability—which happens to be in the late degrees of artistic Pisces, a Virgo moon would make sense, as it would be in opposition with Saturn, granting the “Cooped Up” singer a celestial foundation for his musical masterpieces and sentimental artworks. 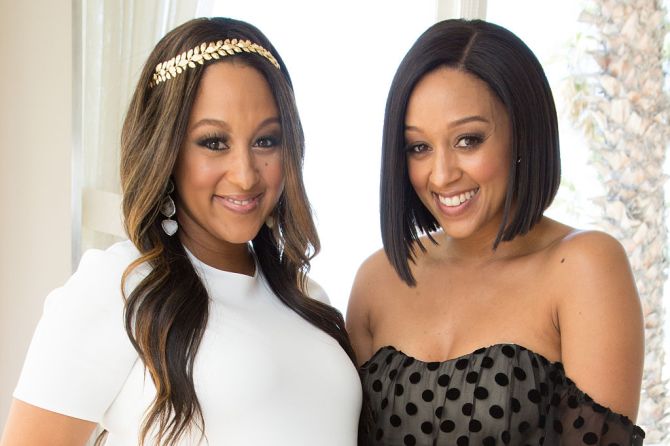 Sister, sister! If you’re a fellow 90’s kid like myself, then chances are you grew up listening to this catchy theme song, perhaps multitasking between homework, and watching Tia and Tamara telling Roger to go home for the hundredth time. And although the Mowry twins epitomize the Cancer archetype in more ways than one, there’s one thing these Disney Channel stars mastered on screen, and it’s the bond shared between families.

Born just two minutes apart—with the sun, moon, and Jupiter in Cancer moving through their eighth house of intimacy and vulnerability—the twin actresses not only starred in the hit family series, but also portrayed roles that touched upon topics that weren’t necessarily the easiest to discuss once upon a time. For example, Tia and Tamara’s characters in Sister, Sister were adopted and separated at birth. So, in addition to reuniting with one another, they also strategized a plan for Rey and Lisa to fall in love! Granted, we’ve seen similar storylines in films like Parent Trap, but it felt so much deeper for Tia and Tamara, in that they were genuinely longing for a solid and stable family unit. The Mowry twins were also born with their Cancer sun squaring Pluto, which happens to be in their 11th house of society and community affairs. Sadly, this speaks to the racial injustices and biracial stereotypes they experienced as teens but today, their Twintuition—a children’s book series they co-wrote
, and a nod to all things Cancer—is as powerful as ever. 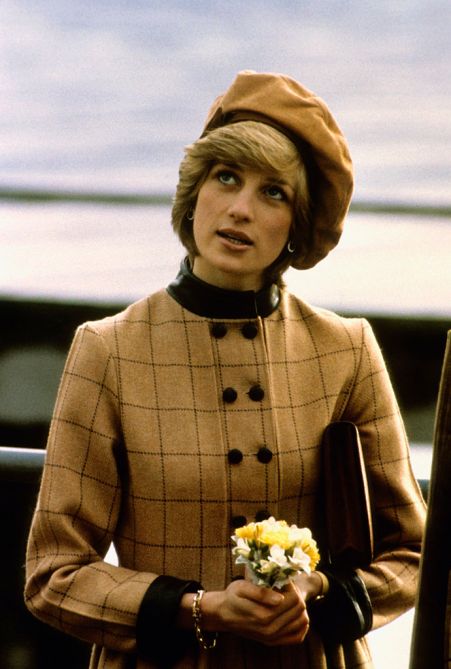 It doesn’t get more elusive and intriguing than the People’s Princess, and that in itself is all thanks to the mysticism of Cancer’s ruling planet, the moody and magical moon. While there are no words to accurately describe the effect of Lady Diana’s tragic death, there is a strange peace in knowing that her grace, legacy and maternal presence continues to live on.

Born with Sagittarius on her ascendant, as well as her the moon and Jupiter in Aquarius—the sign of humanitarianism, social causes and unconventionality—Diana’s ability to walk to the beat of her own drum, and act upon her eccentric instincts was nothing but a threat to the royal family. This would explain the influence of her structured Saturn hovering over the last degrees of Capricorn, adding pressure to her her first house of self, which highlights the struggle to walk the tightrope that became her life after marrying Prince Charles. Her sensitive and empathic sun-Mercury conjunction in Cancer was fueled by her socially conscious moon in Aquarius, creating a revolutionary ripple effect that touched the lives of millions around the world.

The way she raised her children was no exception, especially when considering the mothering style of her ingenious Uranus-ruled moon. Born with a timeless Venus exalted in Taurus, Lady Di’s avant garde approach to life is reflected by her iconic fashion trends! The royal was considered to be ahead of her time when reflecting on the way she dazzled the world with her chic 80’s trends. She is a Cancerian legend, no doubt. 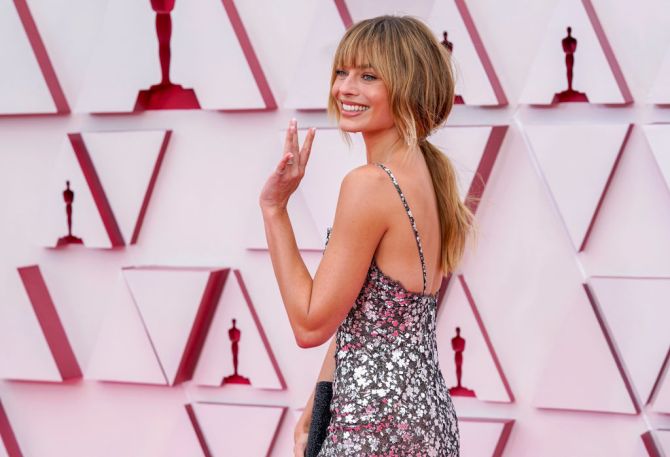 “We’re not going to be friends,” said absolutely no one ever… except Hollywood’s stunning starlet Margot Robbie during her breakthrough role as Naomi in the 2013 comedy Wolf of Wall Street. Gracing the big screen alongside Leonardo DiCaprio, Margot mesmerized the world with her iconic come-hither gaze and her pure, unadulterated sweetheart energy!

Nothing is a coincidence in astrology, and the 32-year-old actress’ hypnotic beauty is no exception! In addition to her otherworldly Cancer stellium in her 12th house of fantasies and dreams, Ms. Robbie’s ruling planet—the moon— also happens to occupy her fourth house of home and family, which emphasizes her Cancer vibe to an extreme. Plus, her moon is literally in the smoldering sign of Scorpio, which increases her otherworldly aura! In other words, to say the Australian bombshell is an enigma would be a literal understatement. Born with her Midheaven —aka her 10th house of public persona and reputation—in sensual and romantic Taurus, Margot’s femme-fatale charisma goes hand-in-hand with her Hollywood legacy, especially when considering the exact sextile it makes to her Cancer sun.

Sounds over-the-top, but her water sign energy can easily haunt her fans’ dreams, given its dreamy and illusive positioning. Her ability to tackle complex roles such as Harley Quinn in Birds of Prey in 2020, and the upcoming Barbie movie coming in 2023, speaks to her impenetrable Scorpio moon. In astrology, the water element is also considered the most feminine of all the elements, and it has nothing to do with gender. Instead, it is representative of the subtle yet incredibly potent influence Margot has over the world. Her emotional fluidity is both complex and elusive which, in turn, allows her to effortlessly embody a kaleidoscope of personalities.