Eight years before the premiere of Bridgerton, Camilla Luddington auditioned for the lead of another Shonda Rhimes period-piece show called Gilded Lilys, a historical drama set in 1800s Boston. “It had gotten down to me and another girl, and the other girl got the role,” Luddington tells StyleCaster.

The audition, however, put Luddington on Rhimes’ radar for a new character at the time on Grey’s Anatomy: Jo Wilson. Rhimes’ office had contacted Luddington just as she had finished her six-episode arc on True Blood but before she was about to spend the weekend at San Diego Comic-Con to promote the Lara Croft video games. “The audition was Friday, and I was at Comic-Con all day, so I was like, ‘OK. That’s a missed opportunity but I can’t do anything about it,’” she recalls.

While at Comic-Con, Luddington’s team received another call from Rhimes’ office, telling her that the role still wasn’t filled and if she could audition for it the Monday after the convention. “It was two really simple scenes,” Luddington says. “There was one that was flirty with a doctor, of course, as you do on Grey’s, and the other one was all medical dialogue.”

Luddington, who was raised in England and moved to the United States as a teenager, read the scenes in both an English and an American accent. Two days later, she received the call that she had booked the part and would start filming on Friday. “It was a wild whirlwind of a story to get on the show,” she says. 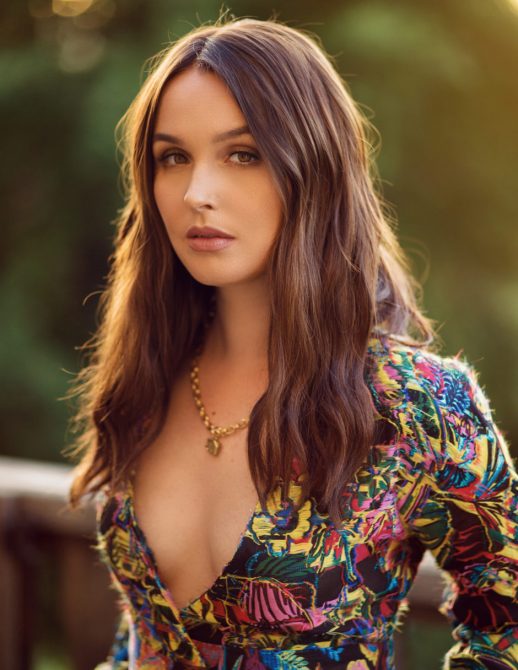 Though Luddington was never cast in Gilded Lilys, she would hope to be considered if Rhimes ever needed an actress to play a “maid in the background” on Bridgerton. “I would love to be on Bridgerton! I haven’t spoken to Shonda. If I ran into her, I would tell her I’m ready for my corset,” she says. “I’ve seen the show. I’m excited about next season. I was just reading about the Duke not being back. I have strong feelings about that. But I’m excited for next season. If Shonda wants me to be on that show, I will hop on a plane back to England and happily be on it. I haven’t read the books, so I don’t know what other roles need to be cast. Literally, I would be a maid in the background sweeping if they needed me to be. I would be so happy.”

However, until that call comes, it seems that Luddington is just fine wearing scrubs instead of a corset on Grey’s Anatomy. Ahead, Luddington talked to StyleCaster about how Jo’s OB/GYN storyline mirrors her own motherhood journey, what April Kepner’s return means for Jo and Jackson Avery, and why she hopes Grey’s Anatomy doesn’t end with season 17.

“It would have been different anyway for Jo because, obviously, she went through a breakup, but COVID turned everything on its head. It feels like a completely different show to be honest because of the way we come to work. We’re testing throughout the week. Our seats are six feet apart. I feel like this is the first season we’ve seen her not in a relationship. Even in season 9, she was dating someone—Chest Peckwell was his nickname. This is her first, truly single season, even though she’s having sex with Jackson Avery. What I like about this season for her is this is the first season she’s thinking about what makes her and her alone happy. Part of that was: I want sex, which is important. The second part is: Am I happy being a general surgeon anymore? Is this what I want to do? And then veering into: ‘Is OB really the right thing for me? I like to think of it as Jo’s first season taking her power back and it not being about anybody else except herself.”

On if Jo is still in love with Alex

“There are episodes where I think yes and there are episodes where I think that she still has a longing. The hardest thing for her and the hardest thing in a lot of breakups is you’re mourning the loss of what you thought could have been. There is that element of—and I pictured it for her too—that they would have babies one day and this ridiculous family. Jo thought this was it for her. The loss of that is really difficult. Coupled with a pandemic, you’re feeling the loss of even meeting someone new. She has that drunken thing where she’s laughing about having date night planned, and it all goes to crap. I don’t think she’s necessarily still in love with Alex, but she’s still working through it.” 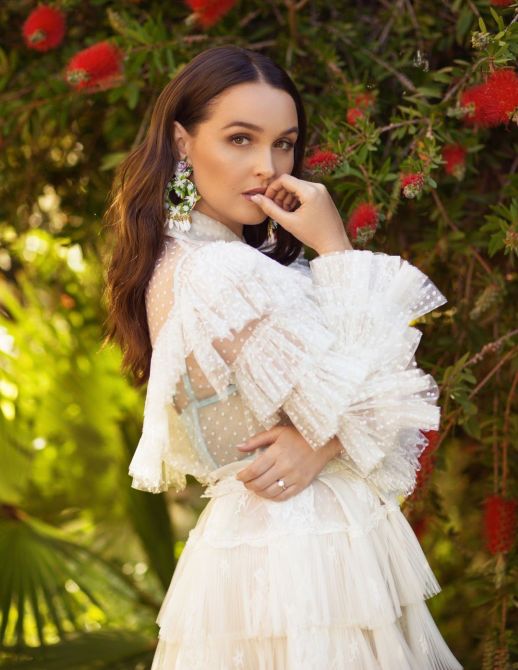 “I think right now they’re just friends with benefits. I remember at the beginning of the season really asking the writers, ‘What’s going on here? What should we be playing?’ They were like, ‘You guys are having sex. You’re friends having sex.’ It’s a very clear message. Of course, on Grey’s Anatomy, things can always change, but right now, I don’t think Jo needs to be jumping into anything. She’s just having fun with him in this dark period in her life and the world. It’s good for her exactly how it is.”

On how April’s return affects Jo and Jackson

“Oh wow! I don’t think I can tease anything except that it will…how would I describe this without being completely fired? I would say that it sets things in motion. That’s all I can say.”

“I have my daughter—she’s 4—and I have my son. He’s new. He’s only 7 months old. It’s strange because I felt the same feeling that Jo did. That scene where she delivered the baby. I had just delivered my son not that long before that. I have a very clear memory of delivering him in the pandemic with a mask on. So when I got into the OB room to film that season, I, as Camilla, was excited. I was like, ‘Oh my God! This is when the baby gets born!’ I connected with that storyline in the same way that she did. Being a new mom and also playing that, it all came together like, ‘Yes! Babies. Of course, babies.’ But on a personal level, I’m very tired all the time. I need a little more concealer in the morning. It’s nice to have a parallel going on where Jo is interested in babies and she has this connection with baby Luna, and I also have my new baby at home.” 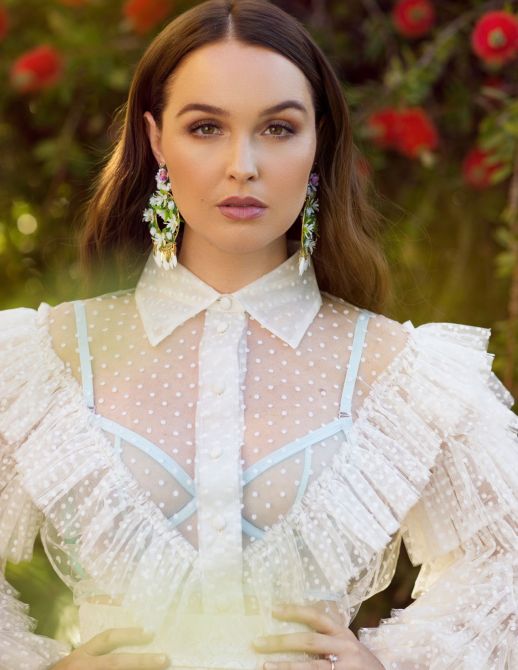 On the fake endings in Grey’s Anatomy scripts

“[The return] I was most surprised by Derek. I didn’t find out about the night that it aired. I knew about it beforehand, but being told about it, I was like, ‘Wait! What are we doing?’ It’s interesting because all of our scripts this season are super, super kept under wraps. In fact, we even get scripts that have fake endings to them. So I genuinely didn’t even know DeLuca was going to die in this season. I wasn’t even warned about it. We weren’t given the head’s up because everything was so under wraps and still is. To me, on a fan level, that was the most shocking thing I read so far this season.

I found out about it by reading the script at the table read. I remember texting people and being like, ‘This isn’t…no…he’s not really…this isn’t happening right now.’ Usually we get to film a lot more scenes together. There are group scenes. But because of COVID, that doesn’t happen anymore. Had I had the opportunity to work with Giacomo more this season, I probably would have known about it. But everything has been kept so secret.”

“I knew going into it that a lot of people’s contracts were up this season and whenever that happens, you need a few things. You need an official pickup from the studios and you need people to re-sign, so I knew it was going to be one of those things where it feels different this season. We’re coming very close to our finale, and we still don’t know. That feels really, really crazy. On a personal level, I would love to have another season just so that we can show coming out on the other side of COVID. I think it would be great for us to be at Jo’s bar next season and show what life looks like after COVID. But those decisions are obviously not up to me, so I just have to wait with everyone else to find out. I was at work yesterday filming and people still have no idea. It’s a big thing this season where we’re all saying, ‘Do you know anything? Do you know what’s happening?’ It’s not usually this secretive, but this whole season has been very secretive. Usually we have some idea of our finale, but none of us know. It’s a big secret.”