Since her time in Fifth Harmony, fans have wanted to know about Camila Cabello‘s net worth and how much she’s made over the years. Camila—who was born in Havana, Cuba, and moved to Miami, Florida, when she was 6 years old—was a member of Fifth Harmony for four years until she left in 2016.

Since then, she’s had a successful career as a soloist, with a number one single and album on the Billboard charts, as well as transitioned to acting, with the lead role in 2021’s live-action Cinderella adaptation. Despite her success, Camila told Female First in 2018 that not much has changed since her success. “I don’t live my life like a pop star. That is what I do, but not what I am. I don’t isolate myself in an untouchable bubble, because that’s where things get lonely, fragile and dishonest. I’m super close to my family. You just saw my mom putting on my belt,” she said.

One aspect of her life that has changed, however, is how much she uses social media. “That’s why I barely go on social media. There’s no way to live life without making mistakes or saying the wrong thing. I’m not going to live like some perfect pop singer. I’m a human, and the inhuman part of this is public scrutiny. I want to stay away from anything that makes me think I can’t live my life the way everybody else does,” she said. Camila told Cosmopolitan in 2018 that she doesn’t even have social media on her phone. “I don’t have any social media on my phone. I have it on my mom’s phone, so if there’s anything I want to say or if I want to read through what my fans are sending me, I can. It has made a world of difference,” she said.

Still, though she’s still the same Camila from her X-Factor days, there’s no denying that a lot has changed in Camila’s career. Ahead is what we know about Camila Cabello’s net worth and how much she’s made.

How much did Camila Cabello make from Fifth Harmony?

Camilawas put into Fifth Harmony in season 3 of The X Factor in 2012 after she and her band mates—Lauren Jauregui, Dinah Jane, Ally Brooke and Normani—auditioned as soloists. The group came in third place on The X Factor and signed with Simon Cowell’s record label, Syco Records, after the show. Fifth Harmony went on to release two albums, win three MTV Video Music Awards and tour with artists like Cher Lloyd, Demi Lovato and Austin Mahone before Camila left in December 2016. “After four and a half years of being together, we have been informed via her representatives that Camila has decided to leave Fifth Harmony. We wish her well,” the remaining four members of Fifth Harmony wrote in a statement on their social media at the time.

Camila later responded to the statement, denying her former members’ claims that she told them about her decision to leave Fifth Harmony through her representatives. “I was shocked to read the statement the Fifth Harmony account posted without my knowing,” she wrote at the time. “The girls were aware of my feelings through the long, much needed conversations about the future that we had during tour. Saying that they were just informed through my representatives that I was ‘leaving the group’ is simply not true. Just like the other girls said in their statement about their plans, I had also planned to continue with my own solo endeavors in the new year but I did not intend to end things with Fifth Harmony this way. (After Cabello’s exit, Fifth Harmony went on to release one album and stay together for two years before their indefinite hiatus in 2018.)

So how much did Camila make with Fifth Harmony? Well, according to Celebrity Net Worth, Fifth Harmony was worth $10 million before their disbandment, which means that Camila made at least $2 million with the group. Fifth Harmony’s first album, Reflection, debuted at number five on the Billboard 200, in 2015, with 80,000 equivalent units sold. In December 2017, the alum was certified Platinum in the United States after selling at least 1,000,000 units. Camila’s second and final album with Fifth Harmony, 7/27, debuted at number four on the Billboard 200 in 2016 with 74,00 equivalent units sold. Nielsen SoundScan reported in 2017 that the album has sold at least 200,000 copies in the U.S. 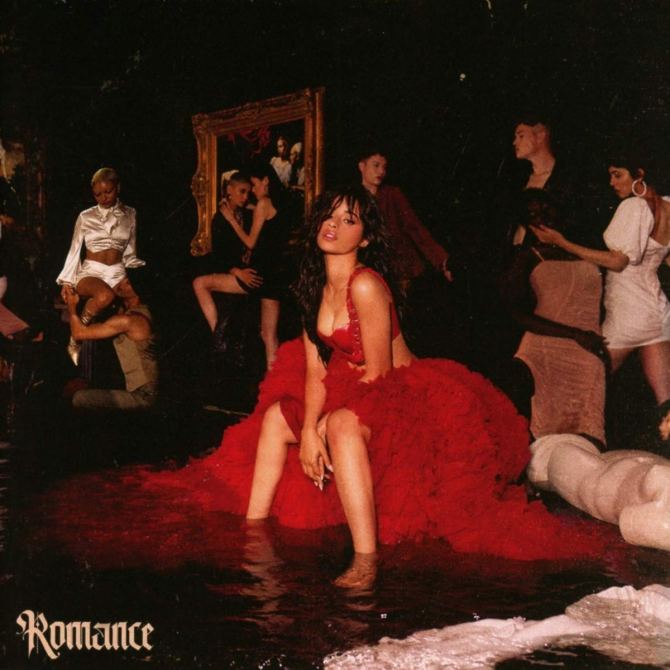 What was Camila Cabello’s Cinderella salary?

Camila was cast as Cinderella in Amazon Prime’s live-action Cinderella in 2019. The movie, which premiered in August 2021, follows the same story as the original 1950 Disney movie and fairytale, with some modern differences differences. The main difference is that Cinderella, who’s nicknamed Elle, isn’t just the stepdaughter of a wicked stepmother. The movie also revolves around Cinderella’s aspiration to be clothing designer and open her own store. Amazon’s Cinderella also doesn’t have a Fairy Godmother and replaced the character with Fab G, a genderless Fairy Godparent.

“I started studying the script and doing the mood boards and watching musicals and movies, but the most memorable part is to be present and share with the other actors and collaborators. It is all about having fun and not taking everything so seriously. It is good to highlight that it doesn’t matter how much you prepared; it is what happens at the moment,” Camila told Hola in 2021 of transitioning from singing to acting for Cinderella.

As for how much Camila made from Cinderella, her exact salary is unclear, but the movie is likely to make less streaming on Amazon Prime than its original plan to premiere in theaters. According to Deadline, Sony Pictures originally planned to premiere Cinderella in theaters in July 2021, but due to the current health crisis, the movie was sold to Amazon Studios, which will stream it on Amazon Prime.

How much is Camila Cabello’s net worth?