As a gal born in the early 1990s, I never got to fully experience the fashion of the decade—I was, after all, a mere baby whose outfit of choice was probably nothing but a diaper. Luckily, though, the ’90s have been trickling back into the circuit these past few years, so I (and others) have the opportunity to take advantage of ’90s style with a 2019 twist. On Thursday night, at the Elle Women in Music event, Camila Cabello (another ’90s baby) brought us back to the days of plaid minis with a black and white ’90s-inspired look.

When Camila Cabello stepped in front of the cameras in a Rasario black and white plaid mini dress, I got instant Clueless vibes. The adorable ensemble is the perfect mixture of both Cher and Dionne’s (the most iconic pair of BFFs) infamous plaid outfits. It almost feels like Camila Cabello should have been an extra in the classic ’90s film. Or, better yet, can we have the singer star in a Clueless sequel?! Cher and Dionne have just graduated, but they’ve left behind their legacy: Camila Cabello. She’s ready to take high school by storm—and look fabulous while doing it. 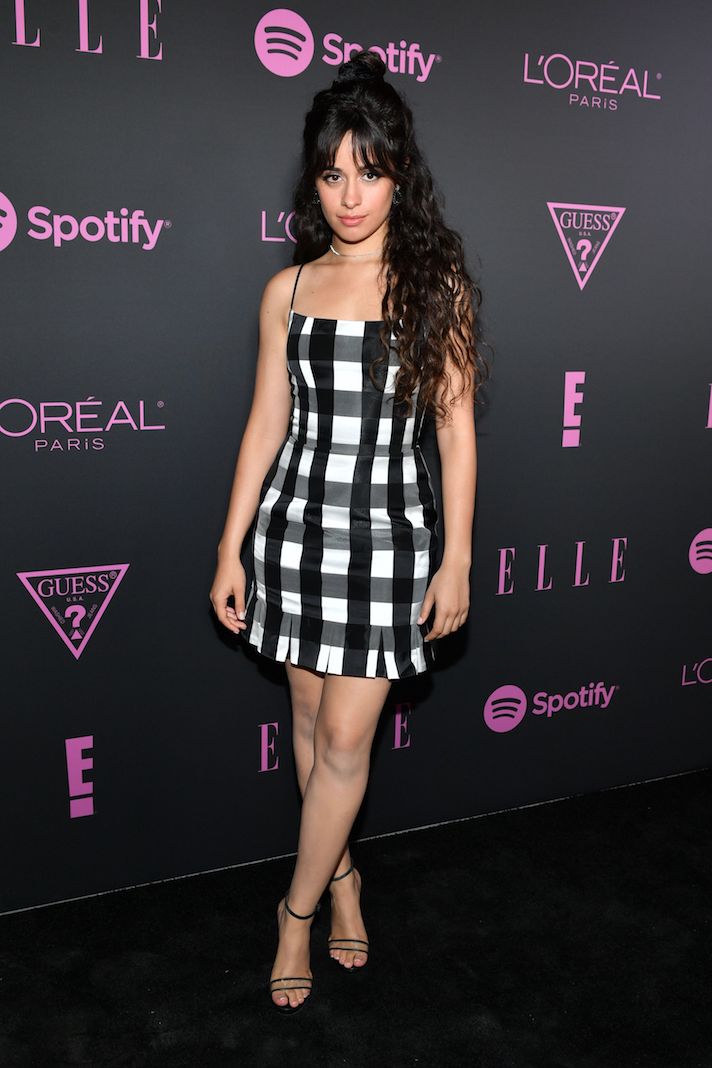 Of course, I half expected to see Shawn Mendes with Camila Cabello at the Elle Women in Music event, but I’m not mad I have her all to myself. I’m still not convinced Mendes and Cabello aren’t just dating for publicity, but who am I to police someone’s love life?! If the relationship is actually real, they are one hot couple. The speculation only gives me more ideas for this imaginary Clueless sequel I’m waiting for Cabello to star in. Shawn Mendes could play the love interest. Maybe I’ll just have to write this thing myself. Camila, you in?!