Update: Us Weekly has confirmed that Cameron Diaz and Benji Madden tied the knot Monday night at Cameron’s Beverly Hills home in front of guests that include Reese Witherspoon, Gwyneth Paltrow, and Samantha Ronson.

Joel Madden and Nicole Richie‘s son, Sparrow served as the ring bearer. Joining Diaz as her bridesmaids were her BFFs Richie, Drew Barrymore, her sister Chimene and assistant Jesse Lutz. Congrats to the happy couple!

When reports surfaced last month that Cameron Diaz was engaged to “Good Charlotte” guitarist Benji Madden we were like “wow, that was fast!” but now it seems these two are moving even faster: They’re reportedly getting married tonight, January 5. And while a Monday night wedding isn’t traditional in any sense of the word, the couple did host an an intimate rehearsal dinner in Beverly Hills on Sunday, January 4, according to Us Weekly. 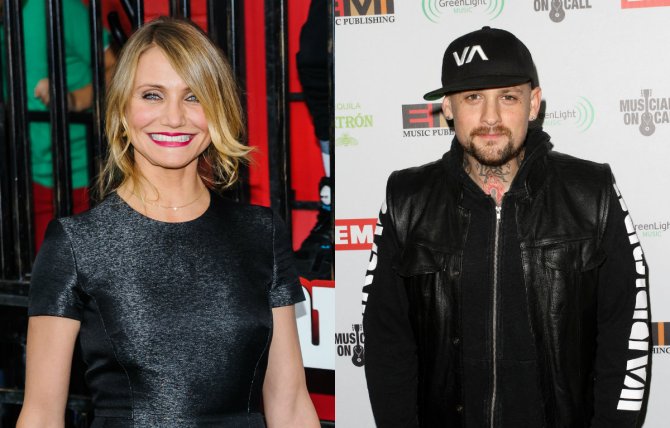 Diaz, 42, and Madden, 35, started dating for seven months—they were introduced by his sister-in-law Nicole Richie—and got engaged on December 19, although neither has publicly confirmed that bit of news.

“Everyone thinks it’s wild but are so happy for them,” an insider told Us Weekly when news broke that they were engaged. “Benji always tends to fall in love easily, but this time it’s for real and he landed a great girl. They obviously both make each other incredibly happy and there’s nothing better than that.”

Hey, they say short engagements make for happy marriages, so congrats to Cameron and Benji!