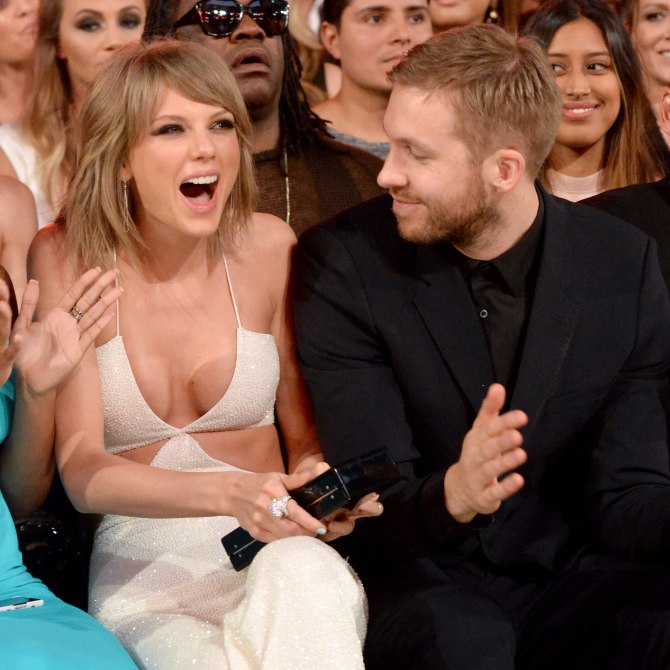 It’s no secret that Calvin Harris is downright infatuated with his new girlfriend Taylor Swift–the Scottish DJ could hardly stop staring at her with that smitten smile and those puppy dog eyes at the Billboard Music Awards in May. However, in a recent interview with Kiss FM UK, Harris really dialed up the swoon factor while gushing about his new girl.

“It’s going absolutely fantastic,” he said. “It’s interesting, because obviously there’s different things written about it every day and even if we don’t do anything publicly for a while, someone will make something up.”

Even the public attention–and criticism–about the relationship doesn’t change his feelings though: “For me, it could be a lot worse, and I’d still be like insanely happy with her,” he said. “So, I’m good with it.”

Basically, he (like 90% of the female teen population) thinks Tay’s just perfect: “It’s boxes I didn’t even know existed, she ticks,” he said of Swift’s general aptitude for kicking ass at life. “It’s really ridiculous… She’s generally an incredible cook and human being.”

If that’s not a guy in love, we don’t know what is.