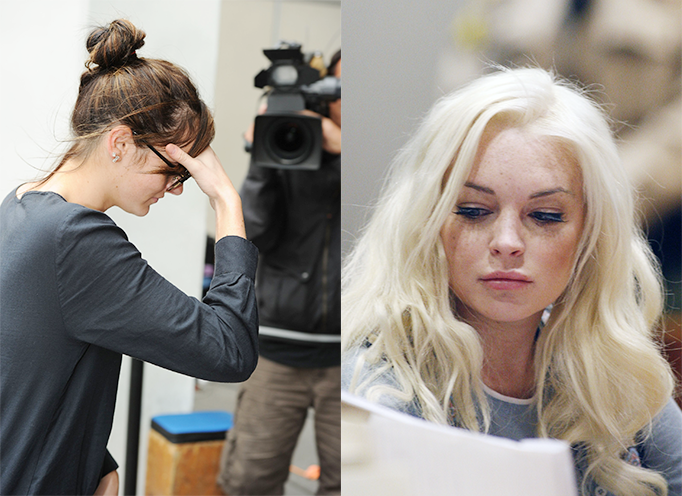 Lindsay Lohan is doing everything she can to rectify her current financial situation (she owes $233,904 in back taxes, $100,000 of which was generously covered by her “Scary Movie 4” costar Charlie Sheen)—and that includes selling off some of her favorite possessions.

According to Radar Online, Lindsay enlisted little sister and model Aliana to sell some of her designer clothing and accessories to famed Los Angeles vintage store Wasteland. While they had intended on scoring buckets of cash for the pricey duds, the clerk was less than enthusiastic about the pieces she brought in. “Thirty dollars for these? They cost $700! This is ridiculous,” Aliana allegedly replied.

The younger Lohan even tried to negotiate, stating that pieces such as round-toe Chanel pumps and a Balenciaga purse were worth more because Lindsay had been photographed in them extensively. We’re not sure about you, but just because someone wore something to Nobu or a court appearance doesn’t mean we want it more.

Anyway, we’re hope LiLo cleans up this mess as soon as she can. As a side note, it would actually be pretty cool if she had a sale of her closet, Kim Kardashian-style. Say what you will about the troubled starlet, but she’s amassed some high-style items over the years.