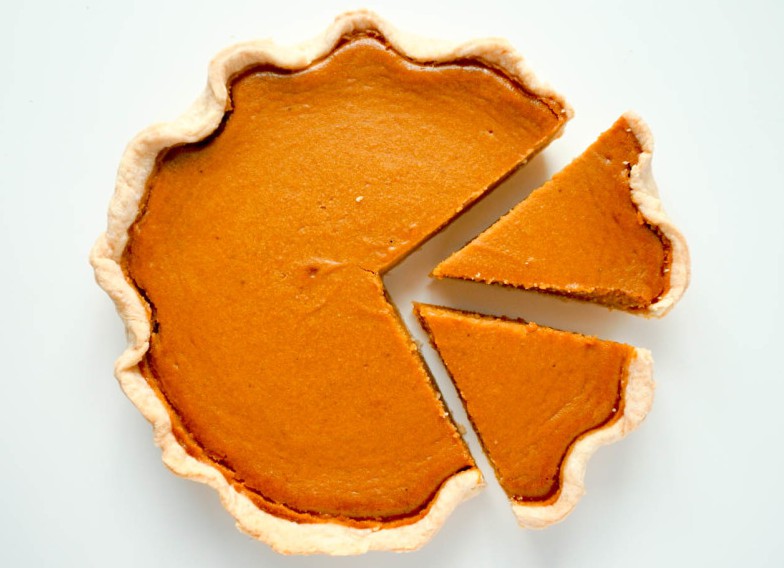 I have a friend who loves pies. I think if he could eat one pie a day and never gain weight, he would be a happy man. He has also nominated me to be his chief pie maker, which is a bit of an honor and a curse. The pressure is always on for me to make something spectacular.

With Thanksgiving rolling around, he hinted (read: asked) that I make a pumpkin pie for dinner. His wife is more of a pecan pie gal, so I thought I’d make “his and her” pies. Unfortunately, I used the last of my pumpkin for the scones and whoopie pies.

I found a recipe in the New York Times that suggested butternut squash if you wanted to go the fresh vs. canned route. This sounded super interesting to me, so I thought I’d try it. Honestly, I’ve never been much of a pumpkin pie fan. I always grew up with sweet potato and always thought of pumpkin as the rejected stepsister. Now that I’m older, I love both.

I used my tried and true pie crust recipe and roasted the squash while the crust was chilling. I didn’t have a blender (something that I’m starting to miss terribly) and pureed the squash in the food processor instead. The filling came out nice and creamy. The crust turned out OK, but just OK. For something so simple, it’s very temperamental. I wish someone would put together a pie crust retreat. I would totally go.

Also, I baked the pie in a glass dish. My friend, the pie lover, has convinced me that metal pans are the way to go with pies, and honestly, I’d have to agree with him. The last few pies I’ve made with his pans have turned out wonderfully.

My friend took one bite of the pie and shouted “squash!” I should’ve known better than to try to get away with anything. He said it reminded him of the pies he grew up with in Oregon that his aunt used to make. They always used butternut squash instead of pumpkin. Also, the brandy added a nice nutty quality without being boozy. 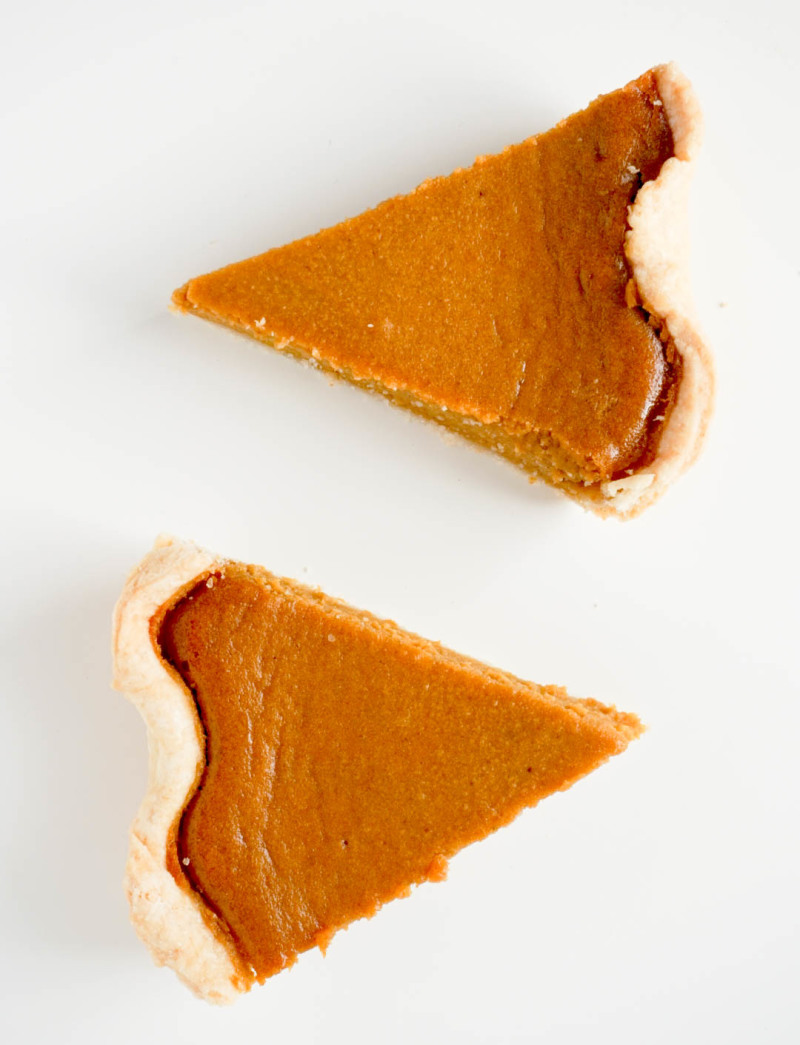 Cheryl Vivian is a neurotic baker who came to D.C. via Detroit, Chicago, and New York City. She likes to get nerdy about baking, and there are at least two dozen eggs, four pounds of butter, and a quart of buttermilk in her fridge at all times. She doesn’t cry over burnt cookies, sunken cakes, or tough pie dough, but she will try (and try) until it’s just right. Cheryl loves to blend new trends with traditional recipes and believes that everything is better with a pinch of salt. Follow along on Instagram at @cherylvivian.