Just when you thought your favorite K-Pop group couldn’t get more iconic, they’ve announced an epic surprise. On June 26, BTS is dropping their new mobile game BTS World, so get ready to get up close and personal with Jungkook, Jin, V, RM, Suga, J-Hope, and Jimin. The Bangtan Boys have been sizzling on the scene since 2013–but in the past couple of years, they’ve become a massive worldwide phenomenon. As a thank you to their ever loyal ARMY. BTS is letting fans go back to 2012 (virtually), for a chance to manage the band via your iPhone or Android.

So how does it work? When BTS World hits the App stores later this month, fans will be able to download the game and manage the band from the very beginning. According to BTS World’s website, the game will unfold like a stunning visual novel. (We wouldn’t expect anything less from a band that has continued to slay our lives.) CNBC is also reporting that the game will task players with finding BTS an apartment to live in. With all seven guys, don’t expect this to be an easy assignment. After all, they all have their individual preferences, and one of the bandmates wants to be sure that the apartment is close to a corner store. (Probably Jin) We get it through–late night snacks are a must. 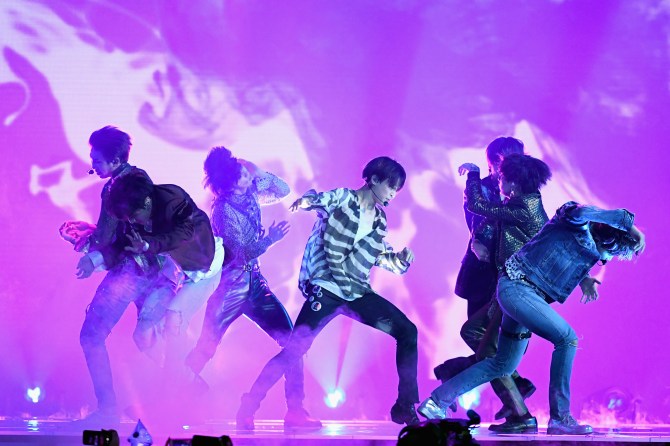 Because it’s BTS, and they love us, BTS World isn’t your ordinary mobile game. In addition to the various challenges, those who purchase BTS World will also get access to dozens of video clips, nearly 10,000 photos, and a brand new soundtrack curated by the boys themselves.

We already know about one of the songs, “Dream Glow,” which is a collab between Jimin, Jin and Jungkook collaborated with Charli XCX.

The best part about BTS World is that it will be free when it drops on June 26. However, we have a sneaking suspicion that all of the amazing super exclusive features might cost you a couple of bucks once you get into the game.

Honestly, this is everything–we cannot wait.