It’s the day of their comeback special stage performance and the members of BTS skate across the stage as they perform their single “Boy With Luv.” Styled in pink blazers, diamond Chanel earrings and purple hair, the members—Jungkook, V, Jimin, RM, Jin, Suga and J-Hope—are seven of the hottest men in the world, a statement agreed upon by their 22 million-plus fans. But for those who are accustomed to leading men in western media, don’t expect the band to look like the macho-masculine alpha types that litter American movie screens.

The members wear makeup (and are open about it), have hairless faces and are several sizes smaller than the buff heroes that comprise the Marvel cinematic universe. With a No. 1. album on the Billboard charts and sold-out concerts across the United States, it’s no secret that BTS is taking over America. But the band is doing more than popularizing K-pop in the west: Like the male idols before them, BTS is redefining what it means to be masculine and attractive in a culture where Asian men are often emasculated and toxic masculinity is still alive.

Toxic masculinity is associated with “suppressing emotions or masking distress,” “maintaining an appearance of hardness” and using “violence as an indicator of power,” as conceptualized by The New York Times. When a man doesn’t possess these characteristics, he’s often seen as “feminine” or weak, especially in western cultures. Toxic masculinity is in stark contrast to the Korean concept of “kkonminam,” which loosely translates to “a man as beautiful as a flower,” a term that refers to young men who are concerned with personal grooming and fashion. “It’s a compliment. If somebody is called kkonminam then they would be happy,” says CedarBough Saeji, a Korean culture professor at Indiana University Bloomington. 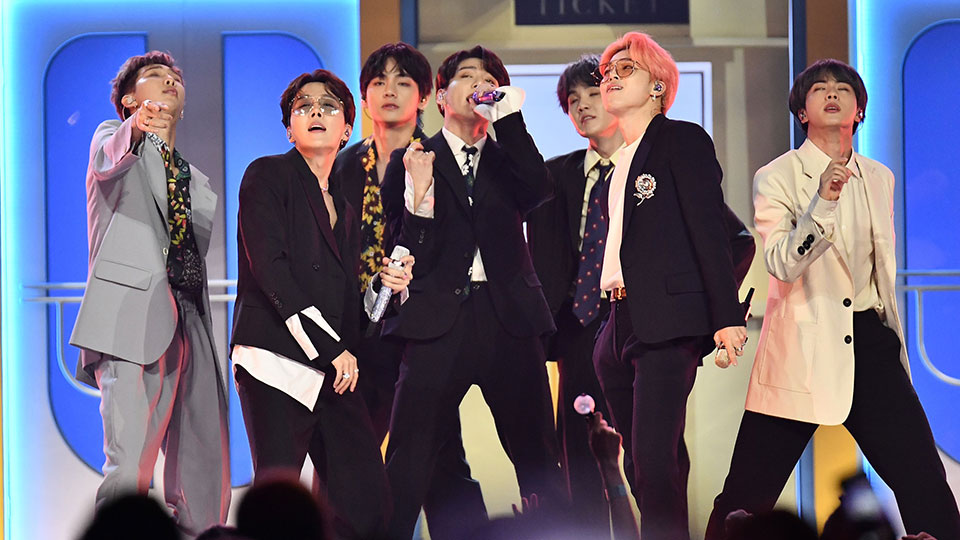 The term was popularized by the 2000s Korean dramas Winter Sonata and Boys Over Flowers, which inspired men in South Korea to take their appearances more seriously, often through the use of makeup and traditionally feminine fashion. And though the phrase isn’t used as often now, the concept of “kkonminam” is still relevant among young Korean men, especially male K-pop idols.

“The way male K-pop idols present themselves, it’s very different from the traditional masculinity we see in the American mainstream,” says Crystal S. Anderson, a Longwood University professor who specializes in K-pop. “They pay a lot of attention to the way they look. The way their hair is styled. The clothes they wear. That’s not something that’s often attached to traditional American masculinity.”

In 2012, ABC News reported that South Korea was responsible for 20 percent of the world’s sales for men’s cosmetics. BTS, for its part, has its own makeup line with VT Cosmetics, as well as a skin care collection with Mediheal. “I heard that a lot of the American guys don’t put makeup on,” male K-pop artist Holland told Allure in 2019. “In Korea, it’s totally the opposite—a lot of Korean guys are interested in using makeup.”

For Marlene, a fan of K-pop boy bands like BTS, SuperM and NCT,  the attention to their appearance is actually what makes K-pop male idols more attractive than male pop stars in the west. “To me, they looked nicer than a lot of western pop stars,” she tells StyleCaster. “I found them more appealing. There was more effort behind their outfits. There was more thought into how they looked, whether it’s their styling or their makeup. I didn’t see it as a weird thing at all. “

Still, despite K-pop’s popularity in the United States, there’s still an overwhelming stereotype that male idols are “girly” because of their appearance. “To this day, I get a lot of people telling me, ‘Oh, but they look like girls. What do you like about them?’” Marlene says. “Even if they did, it doesn’t matter to me because I still find them very attractive. It’s irrelevant to me.”

This belief comes from the western stereotype that Asian men aren’t attractive, a misconception that’s been around since the first Chinese immigrants came to America in the 1850s. The stereotype is also portrayed in movies like 1984’s Sixteen Candles and 2011’s The Hangover Part II. In Sixteen Candles, an Asian exchange student named Long Duk Dong writhes on a lawn as he groans in broken English, “No more yanky my wanky.” In The Hangover Part II, Bradley Cooper’s character compares the penis of Ken Jeong’s Chow to a “worm” and a “mushroom.” “If we look back in history, there’s been a lot of caricatures of Asian masculinity,” Anderson says. “The implication is that Asian men are less masculine.”

Though it’s hard to tell if K-pop will have a lasting effect on masculinity in the United States, it’s safe to say the genre is offering a new take on what it means to be masculine and attractive. “I think K-pop is presenting a different kind of masculinity. It’s still one that challenges the traditional masculinity in the United States,” Anderson says. For Saeji, K-pop is also a form of much-needed representation for Asian-American men, who may not have viewed themselves as good-looking because of the media. “I think it’s wonderful that the idea of what can be an attractive man in American society gets broadened so young Asian kids who are growing up can be confident and feel good about themselves,” she says. 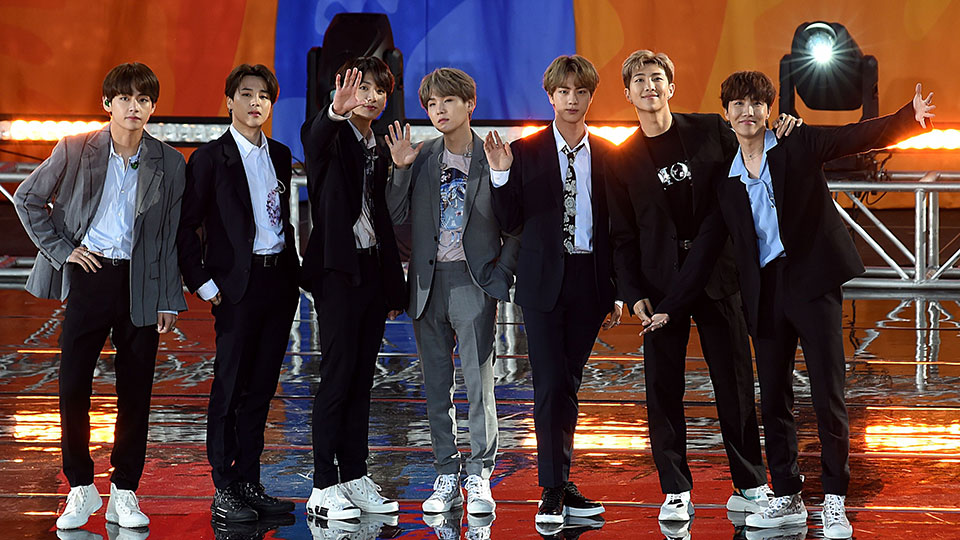 Beautiful vocals, swoon-worthy dance moves and charming personalities aside, K-pop boy bands like BTS, GOT7 and SEVENTEEN are doing more than bringing bops to the United States. Whether it’s their perfectly flicked eyeliner or their silky lavender hair, male K-pop idols are challenging masculinity in America. And they look damn good doing it.