The South Korean boy band was the expected frontrunner in its category at the 2019 Grammys today, but  unfortunately, BTS did not take home the award for The Best Recording Package. BTS’s Grammys 2019 loss saw a lot of fan reactions, and the BTS Army was beyond supportive for an important reason.

One fan was quick to remind the BTS Army that there are many established artists who have yet to win Grammys, so the K-pop boy band has time.  “You know guys there’s a lot of artists that don’t win a Grammy in their first nomination, but as they got nominated the Grammys keep an eye on them and know their talent. Bigger and better things are coming. I’m so proud of BTS have got a nomination. #TearItUpBTS.”

When the boy band arrived on the red carpet tonight, fans were overjoyed to see them. “LOOK AT HOW NATURAL AND HAPPY THEY ARE I’M SO PROUD #TearItUpBTS” one Twitter user exclaimed in the post.

Another fan couldn’t help but comment on the band’s adorable appearance. “

#TearItUpBTS they r so precious “ 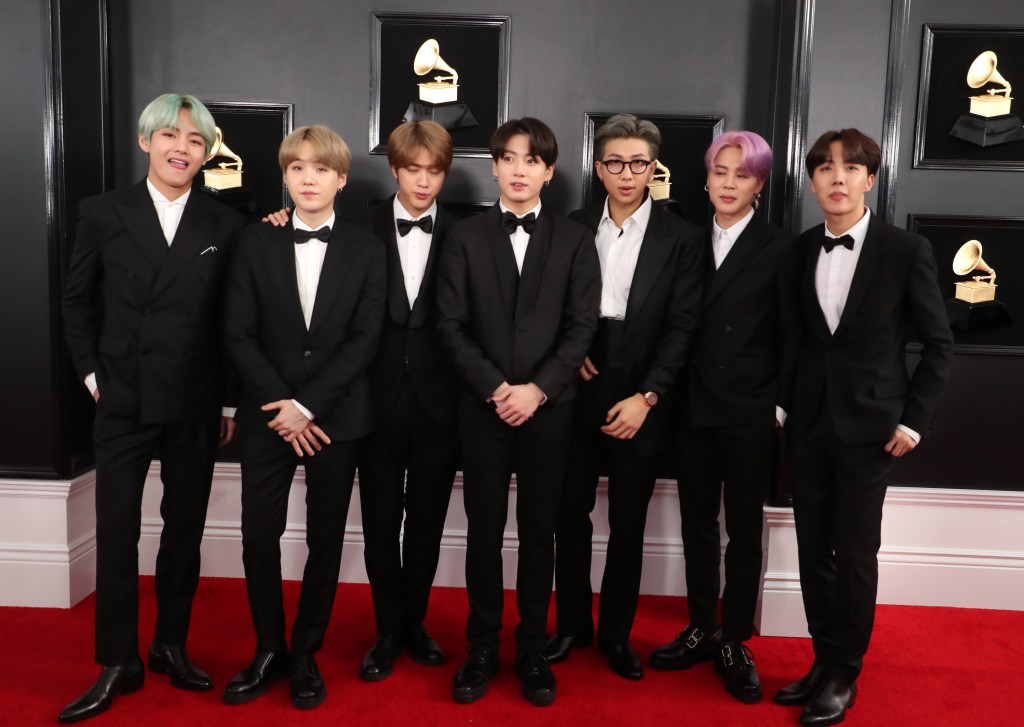 One super-fan went as far as finding an old photo of the boy band and comparing it to one of tonight’s red-carpet photos. A “glow up,” if you will. “years later, they are still the same fun dorks 🙁 #TearItUpBTS,” the fan wrote.

BTS’ album, Love Yourself: Tear, is the first Korean album to ever be nominated for a Grammy by the Recording Academy, so despite the loss, the recognition and nomination itself is an incredible feat.

One Twitter user has high hopes for the band, and even used Demi Lovato’s inspirational song, “We Can’t Back Down“ from Camp Rock 2 to make their point. The fan wrote, “this isn’t over. next year, bts is getting multiple nominations. this is only the beginning. #TearItUpBTS”.

Preach! We’re pretty proud of this band and very excited that they get to fulfill one of their career goals tonight. On The Tonight Show Starring Jimmy Fallon this past fall, the boys admitted that attending the Grammy awards was on their to-do list.

“this is just the start organic growth is the key they are gonna do great things in the future yall just wait bts are gods children for a reason! #TearItUpBTS”