Whether you’re a baby ARMY or a fan from Day 1, BTS’ ARMY meaning has one heck of a story. As fans know, ARMY was established as BTS’ fandom name on July 9, 2013, soon after the release of the band’s first single, “2 Cool 4 Skool.”

The word is an acronym for “Adorable Representative M.C. For Youth,” but there are also other meanings. According to USBTSARMY.com, the fandom name “ARMY” also relates to the meaning of BTS’ full name, “Bangtan Sonyeondan,” which translates loosely to “Bulletproof Boyscouts” in English. According to USBTSARMY.com, ARMY is the military while BTS is the armor, which is a metaphor for how the band and fans will always be together.

But ARMY wasn’t the first choice for BTS’ fandom name. In an interview on The Tonight Show Starring Jimmy Fallon in July 2021, BTS’ leader, RM, revealed that their fandom was almost named “The Bells.” BTS’ members also include Jin, J-Hope, Suga, Jimin, V and Jungkook. “When you say BTS, it stands for ‘bangtan’ in Korean, not ‘behind-the scenes.’ I mean, for your information,” RM said. “It stands for ‘bangtan,’ and when you say ‘bell’ in Korean, it sounds like ‘bang wool.’ It starts with the same word, ‘bang.'”

He continued, “So when we think of the fan name, someone brings up the idea, like, ‘What about the bell thing?’ Everybody rings their bells and [we’re] like, ‘Make some noise!’ and the Bells are like ‘ring-a-ling-a-ling.’ But thank God that [it changed], ARMY is so much better.” 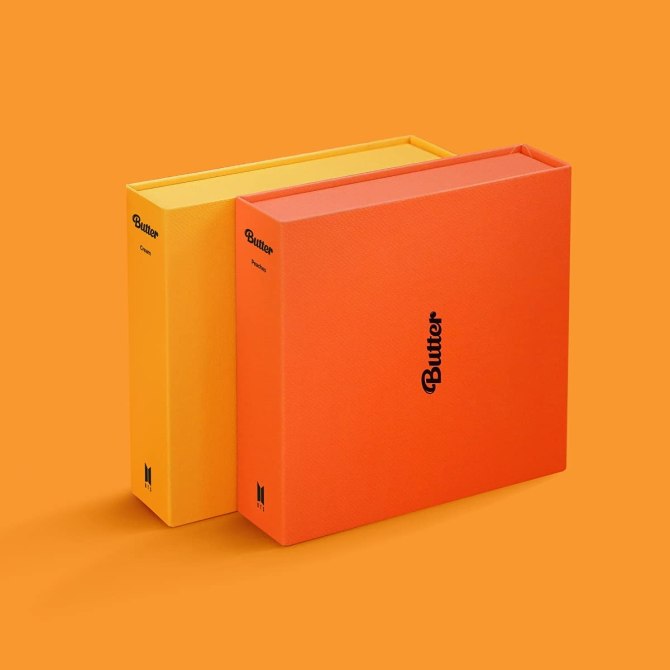 Since BTS’ debut, ARMYs have used their used their power for social and political action around the world. According to Esquire, the fandom, which includes tens of millions of people across the globe, have raised money to regrow rainforests, feed LGBTQ+ refugees and more. “We and our ARMY are always charging each other’s batteries,” RM told Esquire in 2020. “When we feel exhausted, when we hear the news all over the world, the tutoring programs, and donations, and every good thing, we feel responsible for all of this.”

The word “ARMY” was also featured in the music video for BTS’ July 2021 single, “Permission to Dance,” which was co-written with Ed Sheeran. The track, which is from BTS’ Butter single album, is the band’s third full English song after 2020’s “Dynamite” and 2021’s “Butter.” “Dynamite” was BTS’ first Billboard Hot 100 number-one single and earned the band their first Grammy nomination in the Best Pop Duo/Group Performance category. “Butter” is BTS’ longest-running number-one single on the Billboard Hot 100, with at least seven weeks at the top of the charts.