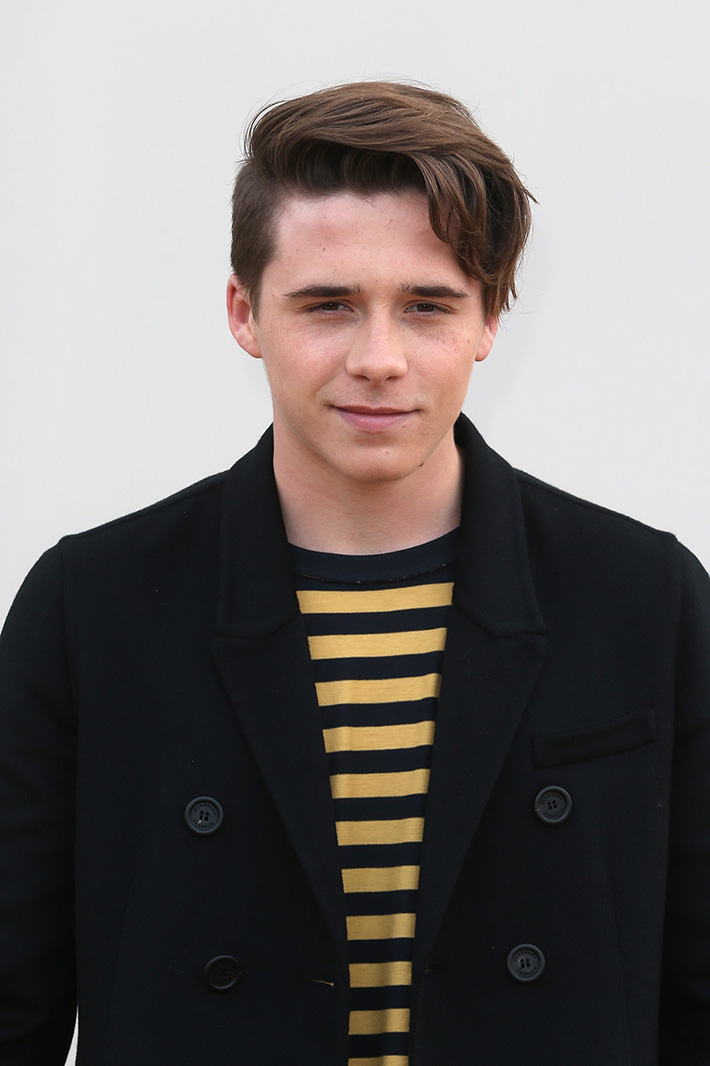 People generally have nothing but love for the Beckham family squad. Dad’s a soccer star turned Sexiest Man Alive, mom’s a Spice Girl turned wildly successful fashion designer, and their brood consists of three handsome (underage) sons and the most adorable celeb daughter we’ve ever seen sitting front row at Fashion Week. (Sorry, North West.) In every interview and public appearance, they all seem super humble, low-key, and family-oriented… so what’s not to like?

Alleged nepotism, that’s what. Brooklyn, 16, took to Instagram over the weekend to tell fans that he was stepping behind the camera to shoot Burberry’s latest ad campaign for the This Is Brit fragrance—and the Internet had feelings about it. Social media buzzed with naysayers crying that the appointment was “sheer nepotism,” and that it’s not what you know, but who you know, and “it’s totally unacceptable.”

Nobody has ever seemed to care much about who shot a Burberry campaign in the past, and the Twitter backlash—and there’s a lot of it—is pretty vicious and reinforces what we already know, which is that people have way too much time on their hands. It’s also kind of hurtful: This is still a 16-year-old kid we’re talking about, and regardless of who his parents are, he’s probably pretty freakin’ stoked about the gig. Let him live!

Brooklyn Beckham as a photographer is hilarious. Eew fashion industry. That hashtag too, vom