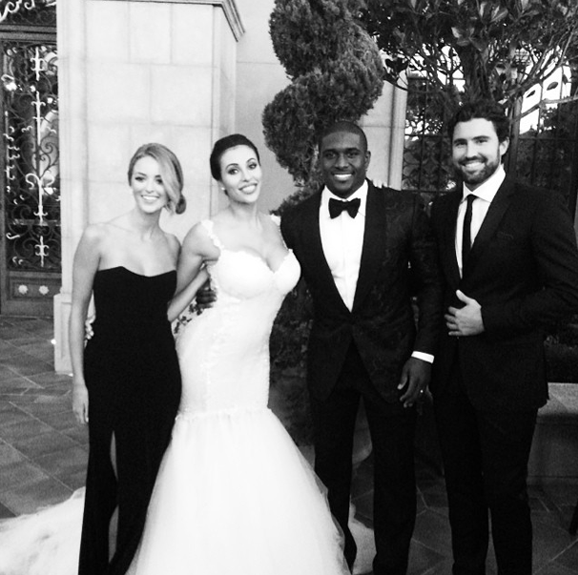 Talk about a snub! It made news when Brody Jenner skipped his step-sister Kim Kardashian’s wedding over Memorial Day weekend in Florence, but “The Hills” star somehow managed to make time to attend the wedding of Kardashian’s ex Reggie Bush over the weekend in The Grand Del Mary in San Diego. Burn.

Jenner Instagrammed several shots at the wedding, posing with his girlfriend Kaitlynn Carter (who was rumored to have not scored an invite to Kardashian’s wedding), along with Bush and his Kardashian lookalike new wife Lilit Avagyan. He captioned the above photo: “Congrats @reggiebush !!! #bushwedding.”

MORE: Celebrities Who Tattooed Other People’s Faces on Their Bodies

What do you think of all of this Brody Jenner and Kim Kardashian drama? Share your thoughts in the comments below!