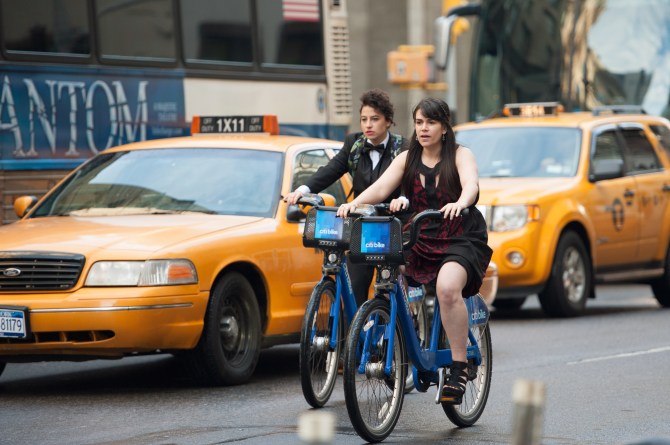 While Abbi Jacobson and Ilana Glazer might not be your typical city-dwelling trendsetters, the stars and creators of Comedy Central’s “Broad City” are raising the bar for powerful, authentic women on television—and serving as an unlikely source of style inspiration in the process. Yes, their characters’ clothing choices are sometimes questionable (see: Ilana’s Fruit Loop leggings and fanny pack combo), but they’re always made confidently, and we can all learn something from their audacious attitude.

We stole a few minutes with the show’s costume designer Staci Greenbaum, who is guest-speaking at global tradeshow MAGIC in Las Vegas this week, to discuss the psychology behind Abbi and Ilana’s wardrobes, how she puts together their budget-friendly ensembles, and how to channel the girls’ confidence into your own closet—plus what’s in store for the new season.

You’ve worked in the wardrobe department of dramas such as “Person of Interest” and “Mildred Pierce.” Do you approach dressing for a comedy series differently than other genres? “Yes, indeed you do. It’s a lot more fun—in different ways. There’s something really beautiful about those other genres, but you certainly have [more] flexibility. You very rarely are exploring a costume to be funny or over the top just for the sake of it being over the top in those other genres because it’s not supposed to be garnering your attention necessarily.”

How would you describe the girls’ personalities, and how do you convey this in each of their wardrobe choices? “I would say that Ilana is filterless, guileless, free-spirited, and exploratory. She loves herself, and she doesn’t hold back. That tends to translate in her costumes; we play a lot with proportions, and we try to redefine what is sexy—it’s not for anyone but herself, which is really the beautiful part about it: that unapologetic confidence that she has to walk around her bedroom in a shirt with no pants on, platform wedges, and really big statement earrings. Her personality is just so…she’s like her own magical unicorn.

And then Abbi is also very fun-loving, a little bit of a romantic, and very aspirational in the way that she approaches life. She has more rules for herself, as far as who she wants to be when she grows up. She wants to see strides, and so she aspires to be more of a professional and have an end goal. We see that in the level of practicality with the way that she dresses. We see a lot of repetition and a more traditional normcore aesthetic from her—with a little bit of feminine touches scattered about with her cool, urban things.”

How are you approaching the new season? “I hope that this season, we’ll see a little bit of growth in the characters, but what’s so special about “Broad City” specifically is that these girls are trying to navigate their way through New York. So with every step forward that they make, they usually take two steps backwards—hop to the side, slip a little bit, and then land backwards. So, I hope that we get to have some really fun moments costume-wise for the girls when it’s appropriate and that people really feel like they can relate to it.” 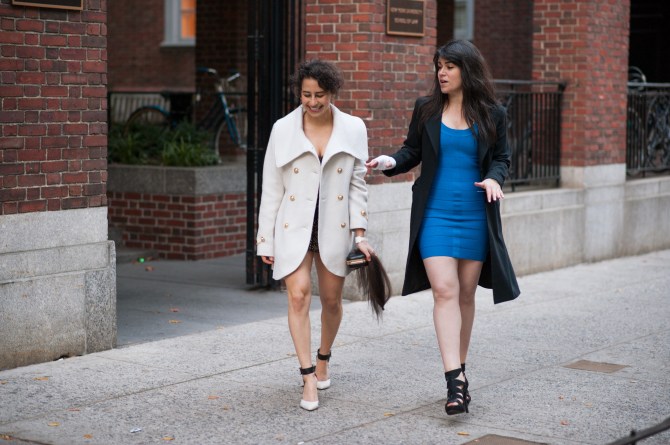 Do you have any fashion rules you follow for them? “I wonder if they’re hard rules because once you set them, you usually defy them. Actually, it’s funny you say that because, lately, there is a color that is out right now, like everywhere, and it keeps coming onto my racks from shopping. It is a golden rod, kind of burnt ochre. It takes a very special skin tone to wear that color, and it is not very flattering. Right now, that is my only rule, [not to put] that on camera and on these lovely girls. Beyond that, I don’t think there should be rules. There are some things we stay away from—like Ilana doesn’t wear pants and Abbi doesn’t frequently wear skirts—but they’re not rules, they’re just preferences. I think that’s the fun of it: everyone gets to create their own.”

What are the girls’ go-to retailers? “I would say Ilana would be Urban Outfitters, American Apparel, and Forever 21 with little touches of smaller New York and Brooklyn-based brands. Abbi is more of H&M, Aritzia, Madewell, a little bit of Uniqlo, and a little bit of Free People.” 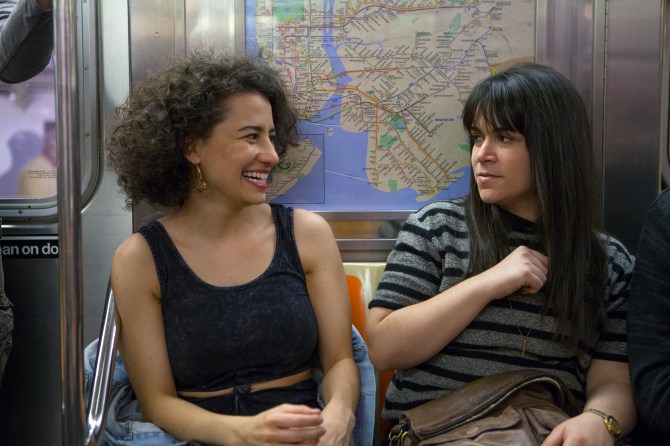 How else does New York impact their wardrobes? “New York is a very vibrant and colorful place, and being the backdrop and the third main character gives them the opportunity to really have no boundaries. New York is the best, but there are also some realistic things that come along with that. There’s a lot of practicality that’s involved—it’s not easy to take public transportation from Queens to Brooklyn—but there’s also a lot of playfulness: in New York, anything goes.”

What advice would you give someone who wants to be just as fun and fearless with their own wardrobes? “Don’t hold back. It’s really about exploring and working with what you have, trying something new, and accepting that it’s okay if it’s not right. I mean, that’s really the beauty of fashion and what we like to do on the show: the girls don’t always get it right, but there’s still something very human and wonderful about that. Just trying something that’s out of your comfort zone can sometimes be very liberating. You can do crazy things, even if you’re not in New York. It says a lot about who you are, and it’s okay for it to say one thing one day and something completely different the next—that’s the best part about it: that you get to change your clothes.”