It’s been over a decade since her death, yet Brittany Murphy‘s last words remain heartbreaking as ever. The beloved actress had her final conversation with her mother—and during it, Brittany told her she was “dying.”

Brittany was reportedly sick for weeks before her death in 2009. According to the 2010 Los Angeles County Coroner’s Office report, the Clueless alum’s death occurred as the result of untreated pneumonia, along with anemia and drug intoxication from a combination of prescription and over-the-counter cold medicines, per People. However, her last words suggest that Brittany knew this illness was more severe than a regular cold.

Brittany’s husband, Simon Monjack, revealed during a February 2010 appearance on Larry King’s late-night show that the star’s final conversation was with her mother, Sharon Murphy, on the day of her death. According to Simon, his wife told her mother that she already felt like she was “dying.” “That morning she woke up. She couldn’t breathe,” Simon said at the time. “She went out to get some air. Sharon followed her out. She said, ‘Mom, I’m dying. I love you.'”

One month prior to his appearance on Larry King’s show, however, Brittany’s husband seemed to downplay the severity of her illness. Speaking to the TODAY show’s Matt Lauer in January 2010, Simon claimed she was fine before her death. “She had a little bit of laryngitis,” he said. “That was the only thing. Other than that she was perfectly healthy and well.” 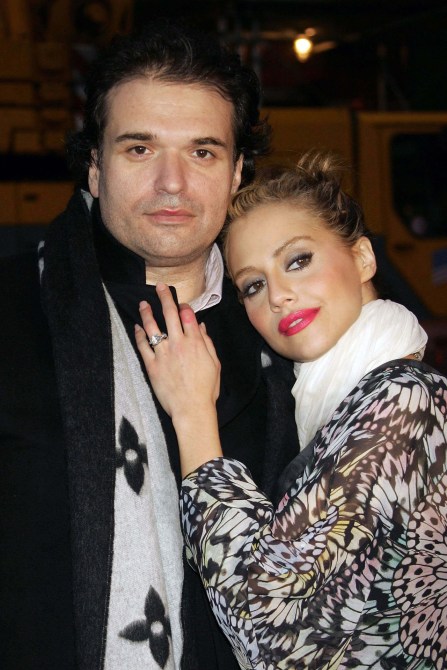 Over 10 years since those interviews, more details about Brittany’s final conversations have been revealed in HBO Max’s What Happened, Brittany Murphy? documentary series, which premiered on the streaming platform on October 14, 2021. In the doc, Brittany’s mother-in-law, Linda Monjack, recalls another conversation she had with the star “just before she died.” According to Linda, the Uptown Girls star told her she was struggling to breathe. “‘I’m having trouble breathing… (When) I get to the top of the stairs. I can’t breathe,'” Linda recalled her saying. “She said, ‘Do you think I’m dying?’ I said, ‘No, of course you’re not dying. You’re fine, but you need to go to the doctor.'”

What remains unclear after all this time is why, if Brittany knew she felt so sick, did she not seek treatment sooner? Elizabeth Ragsdale, who was previously engaged to Simon and claims to share a child with him, suggests in What Happened, Brittany Murphy that he may be to blame. “I believe that Simon Monjack—even if he did not kill Brittany Murphy—he allowed her to die because he did not get her to the doctor and get her help,” she said. “And I believe that he did the same thing to himself.” Simon, for his part, died of similar causes less than six months following Brittany’s death.

“He was a disturbed individual who was used to conning people and Brittany was one of his last victims,” adds What Happened, Brittany Murphy? director Cynthia Hill of Simon. “There was a pattern of behavior that became very obvious the more research that we did.”

What Happened, Brittany Murphy? is available to stream on HBO Max beginning on October 14, 2021. Here’s how to watch it for free.