Britney Spears loves rock ‘n’ roll, as she avowed onstage in Vegas over the weekend, singing her cover of Joan Jett‘s “I Love Rock ‘n’ Roll” at her “Piece of Me” residency. It’s safe to say that she doesn’t love when the strap of her bra top will not stay fastened no matter what she or anyone else tries, though, which is exactly what happened onstage at Planet Hollywood Resort & Casino over the weekend. And the world got very, very close to seeing Spears’ left breast in all its glory.

A video of the wardrobe malfunction starts when the strap has first gone rogue, and Spears’ backup dancer is trying to help. He seemingly fixes it, and the two resume their regularly scheduled hopping around. But about one second later, the strap comes loose again, almost revealing way more of Spears than she intended. The backup dancer shimmies back over, along with a backup backup dancer (sorry, couldn’t resist). 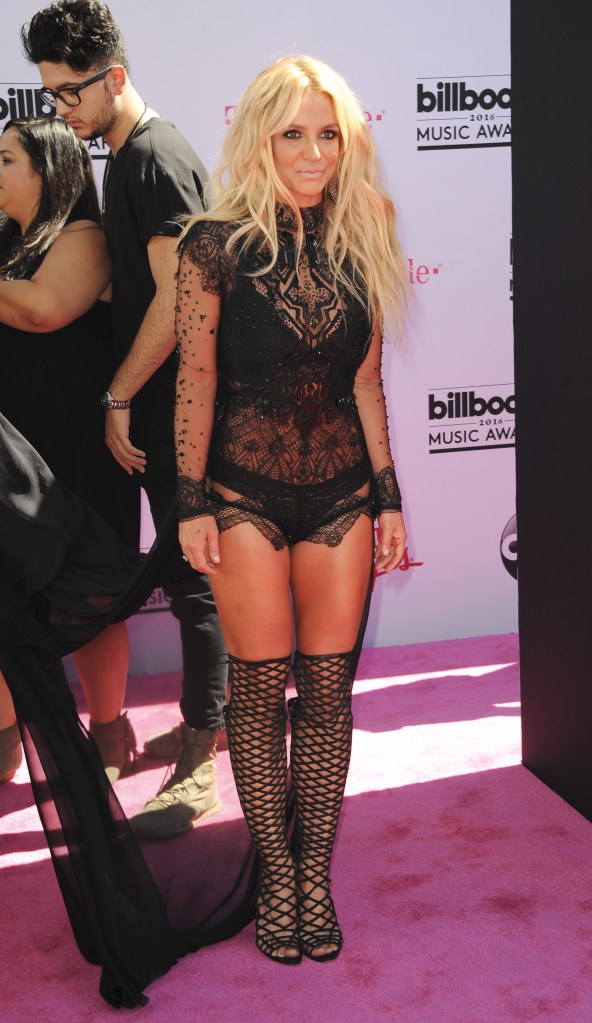 MORE: People Are Flipping Out Over Britney Spears’ New Song ‘Make Me’

Though the bra top seemingly gets in line, Spears is next pictured segueing into “Gimme More,” with a tiny denim vest atop the unruly top. Poor girl had to resort to holding the vest closed/holding onto her breast as she kept singing and dancing (they don’t call her a pro for nothing). Finally, that backup backup dancer ripped off his plaid shirt and gave it to her, and she finished the song wearing all three layers.

Crisis narrowly averted. Really makes us realize how much is riding on a tiny bra strap onstage. Watch the whole terrifying scene unfold in real time below. This is not, by the way, the first time Spears has had a piece of clothing fail her onstage—to remind you of this, scroll down for a bonus second video, from last year’s open-back fiasco.