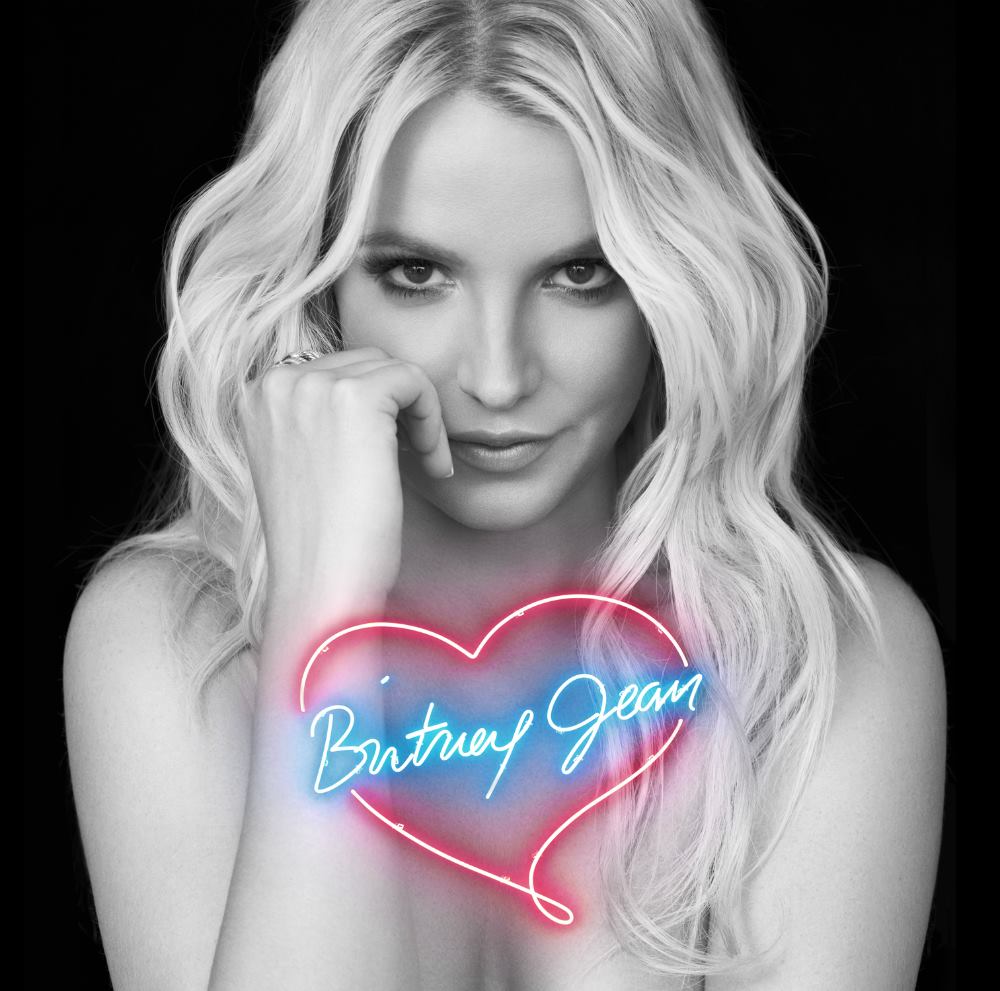 Britney is just so sweet, y’all! The reigning princess of pop took to her website this morning to reveal the cover art for her fortcoming eighth album “Britney Jean,” accompanied by hand-written letter to her fans. It’s a little difficult not to reach for comparisons to her biggest pop competitor, Miley Cyrus’ new album artwork for “Bangerz,” which also features neon script. It also looks like Britney is hopping on the “baring it all” bandwagon with cover at that at least suggests nudity, even if it isn’t full-on naked.

The record, slated for release on December 3 (the day after her 32nd birthday), is a self-described return to Brit’s Southern roots, and as such, she wrote her fan letter on a postcard.

“We’re all so used to getting our thoughts out in 140 characters, but sometimes it’s nice to take time to sit down and write something a little longer and more personal,” Britney says. “I am putting the finishing touches on my new album over the next few days and I am so excited for you to hear it.  I poured my heart and soul into this album and it’s been an incredible journey.  I’ve learned a lot about myself, and as I am finishing, I am reminded of the incredible foundation that has supported me for the last 15 years.”

MORE: 8 Reasons Why Britney Is Officially Back, From Her New Video

This Fall is a major moment for all our favorite ladies of pop: first, Miley Cyrus put out her incredibly catchy album “Bangerz,” then just this week Katy Perry released “Prism.” Lady Gaga’s “ARTPOP” comes out November 11, and “Britney Jean” less than a month later. Which just begs the question: Where’s your album at, Beyoncé? As the saying goes, it’s always preferable to save the best for last! 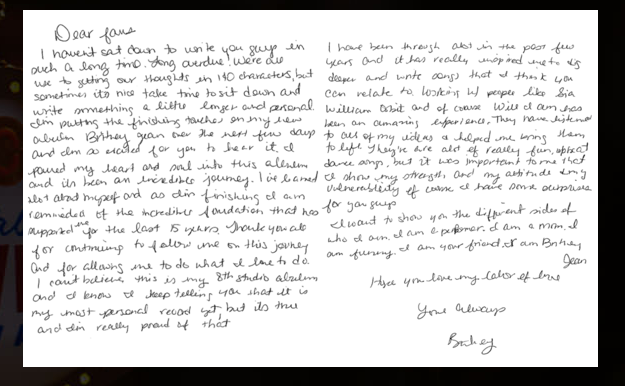