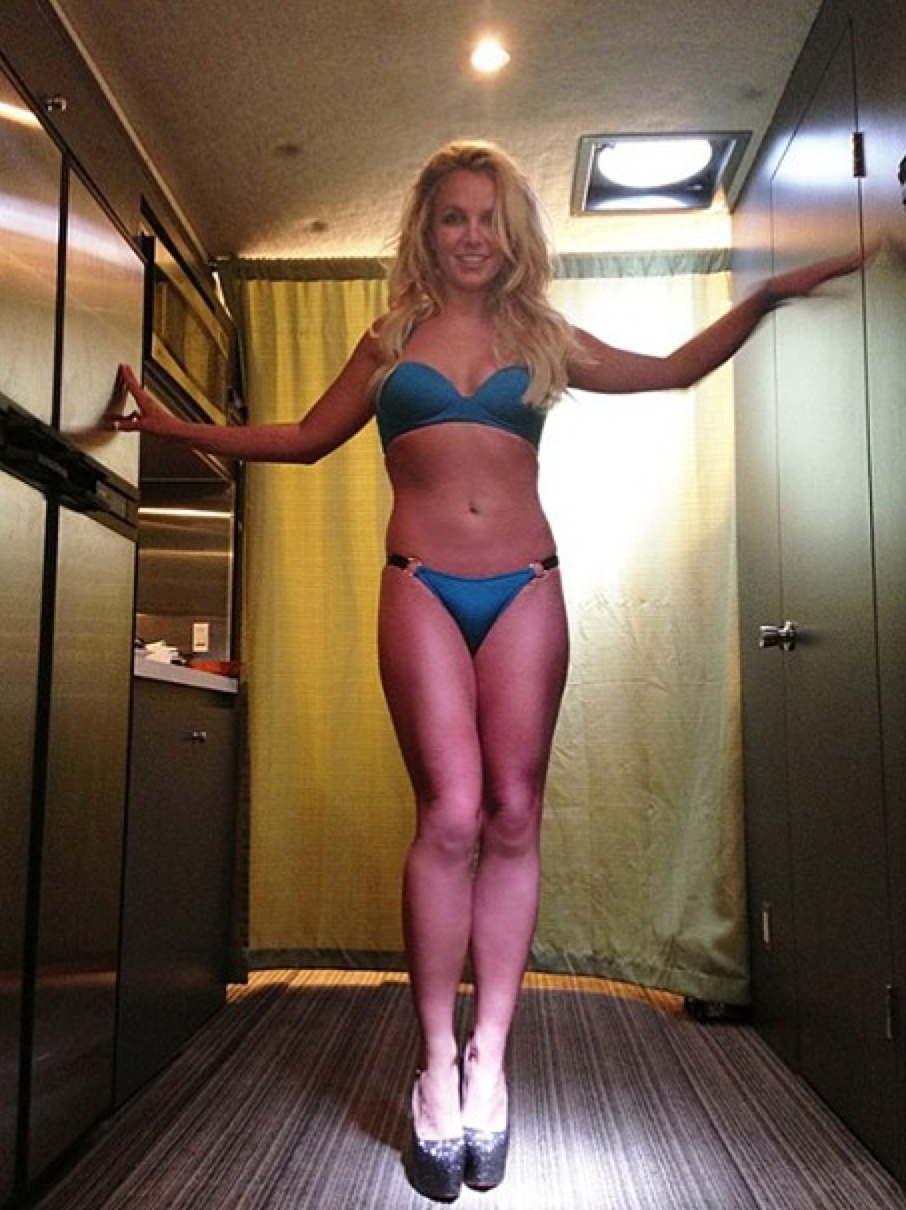 Considering recently leaked financial records revealed that the majority of Britney Spears‘ yearly salary is spent on fast food and discount stores, we wouldn’t necessarily expect her to be in tip-top shape. Alas, the 31-year-old pop star, who has certainly had her share of ups and downs in the public eye, proved us all wrong.

Yesterday, Spears took to Instagram to share a behind-the-scenes shot from her music video set. “Gonna get my tan on in the desert in between shots on the #WorkBitch set today. It’s HOT out here people!!!! #desert #heatwave #WorkBitchDay2,” she wrote. In the photo, we catch a glimpse of Spears’ killer figure in a blue bikini, paired with massive Christian Louboutin Daffodile pumps that we once spotted Beyoncé wearing courtside at a basketball game.

Although we’ve yet to hear the new track, given the title, we can only imagine that “Work Bitch” is going to be a smash hit—at least in gay clubs worldwide. We’re also thrilled that Spears and Christina Aguilera, who also suffered from some negative press in recent years, are reclaiming their pop princess thrones. Look out ladies, the 1990s starlets are back!

What do you think of Britney Spears’ bikini body?