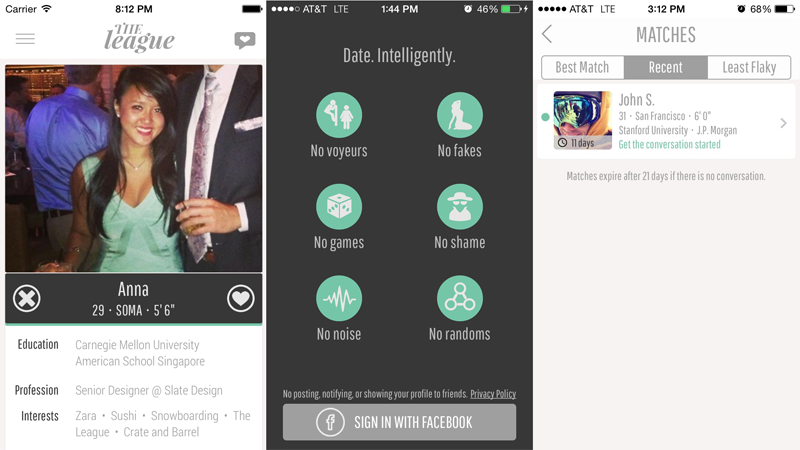 Few moments are as cringe-inducing as when you’re scrolling through an online dating app and you come across a co-worker. Or worse, your boss.

Apparently, you’re you’re not alone in feeling creeped out, because there’s a new dating app called The League—currently going through a soft launch—that wants to put a stop to that. The app, started by former Google employee Amanda Bradford, allows you to enter your LinkedIn information, blocking the possibility of ever being matched with someone you work with. Seriously, why has no one thought of this sooner?

The app’s promise: “We hide your profile from friends, business contacts & coworkers–the whole office doesn’t have to know you’re on the prowl.” As of now, if you want to join the app you need to be referred by a friend, and then you’ll be vetted on the basis of your education and your career before you’re allowed to start trolling for matches on The League.

That vetting process is how the app hopes to differentiate itself from competitors like Tinder—by emphasizing its users’ education background and career—rather than just have singles play a game of hot or not.

Now if only The League could figure a way to block one-night stands, creepy neighbors, and friends’ ex-boyfriends, that would really be something.