It’s not every day that one sees a part of themselves uncannily reflected in a show about Regency London high society. But that is just one out of the very many endearing things about the new Netflix series Bridgerton. The show, an adaptation of Julia Quinn’s 2000 book, The Duke and I from her Bridgerton family series, had me imagining life in 1813 with all of its balls and pomp and, of course, exhilarating scandals. Beyond this, however, the show explores a plotline that is both nostalgic and very triggering: the astounding lack of sexual education for young female characters.

In episode 2, Eloise Bridgerton asks her best friend, Penelope Featherington, about how Marina Thompson, a distant relative of the Featheringtons, got pregnant, so they can make sure it doesn’t happen to them. I let out a soft chuckle at this scene, muttering to myself, “Oh dear, pregnancy doesn’t just happen to someone.” A baffled Eloise later admitted that she always thought one had to be married to get pregnant, but “apparently that is not even a requirement.” Much to Eloise’s chagrin, and mine, Lady Bridgerton, Eloise’s mother, shut her down when she asked for explanations, warning her brothers who offered answers to not encourage “improper topics of conversation.”

Art does imitate life as this scene took me back to when I was 12 years old. Our neighbor’s 15-year old niece had been visiting for the holidays. Weeks into her visit, her aunt had found her holding hands with one of the boys from the neighborhood. Unhinged, her middle-aged aunt almost screamed the neighborhood down. “You can’t let boys touch you or you’ll become pregnant and your life would be ruined!” 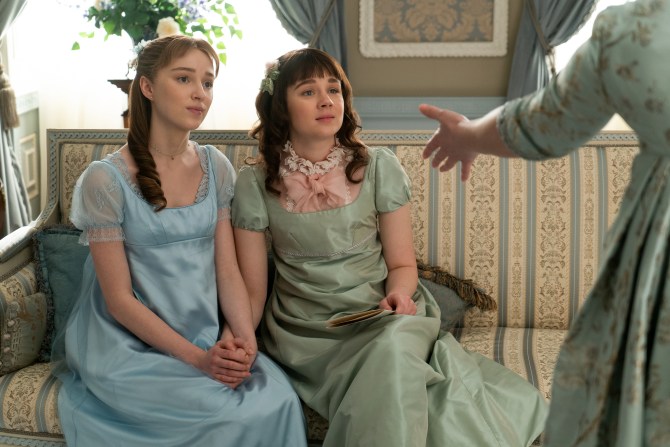 That night at dinner, I asked my mother if what our neighbor said was true. My mother told me I had nothing to worry about, as long as I wasn’t letting boys touch me in inappropriate places. She didn’t elaborate on the differences between appropriate and inappropriate body parts, but I got the gist. Or I thought I did. Years later, when I called my friend in a frenzy because I was so sure I was already pregnant after making out with a boy I liked, I realized that I didn’t get the gist at all. At 24, when I recalled the ordeal to one of my best friends, she laughed and told me her own story of crying hysterically because she thought she had gotten pregnant when a boy hugged her so tight she felt his penis. I thought it was incredibly sad that what was taught as sex ed for both of us, and many others, was basically a stay-away-from-boys warning in a flashy neon sign imbedded deep in our subconscious.

Choosing to not talk about topics they find uncomfortable is not only a gross disservice to their children, but it also puts them at risk.

Like what happened to me, the matriarchs of Bridgerton also ignored the responsibility of sexually educating their girls, which left them vulnerable with misplaced notions about sex, while also feeling pressure about the need to get married and procreate. How this procreation was to happen, or whether it was supposed to be an enjoyable process, was not something that was considered worthy of discussion.

It’s utterly comical that Lady Bridgerton keeps her daughters on such a tight leash that she wouldn’t even answer a question about pregnancy, while her sons are having good old-fashioned romps around town—even though both suffer from the same astounding lack of sexual education. In Bridgerton, one party is allowed, expected even, to explore the boundaries of sex, while the other dare not even get close. This leaves women at a disadvantaged, clueless and vulnerable position where they have to follow the lead of men about sex—often to their detriment, as viewers see with Daphne. 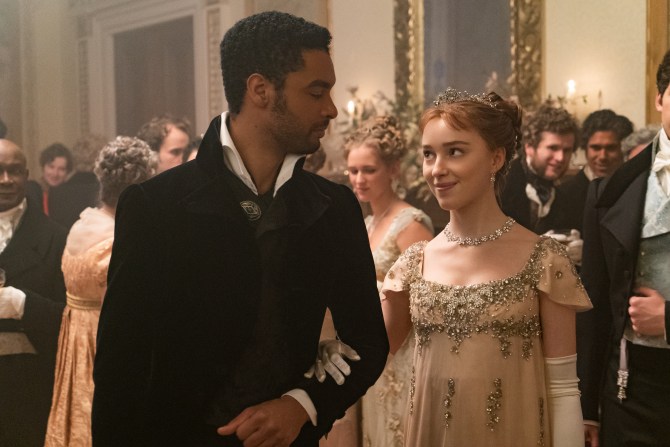 In episode 6, after weeks of marriage to the Duke of Hastings, Daphne Bridgerton, newlywed and naïve, starts to suspect there’s something missing in the rigorous and exciting sexual activities between her and her husband, as he always pulls out just before ejaculation. To confirm this suspicion, she rushes to her maid, Rose, and asks the very same question as Eloise: How does a woman come to be with child?

Bridgerton hauntingly captures the confusion in newly sexually active young women, including myself, who have to figure things out by themselves because parents continue to shroud sexs in silence and mystery. “Avoiding sexual education could lead to a boomerang effect,” says Dr. Shukra Ibtihaj, a child development expert. “If the parent or guardian’s plan is to keep the child safe by not talking about sex, the children would simply consume information from other sources. What’s worse? The information might be wrong, but they’d have nothing else to work with.”

I think about how different things would be if I had been making decisions about my sexual life and health from a position of knowledge and strength.

Dr. Ibtihaj also notes that lack of sex ed for young women could set the stage for sexual predators to swoop in and do damage. “Sex ed means that young women are able to take charge of their sexual life and sexual health, making them less vulnerable and impressionable and much less prone to sexual manipulation and mis-education,” she says.

Like Daphne Bridgerton, I also had to seek sexual counsel from elsewhere. But unlike Daphne, there was a lot of trial and error for me. I had just turned 18 when a boy who I thought I liked tried to manipulate me into having sex as proof of my undying affection. “If you really liked me, you would do it,” he said very nonchalantly. “Everyone does it. It’s not a big deal.” 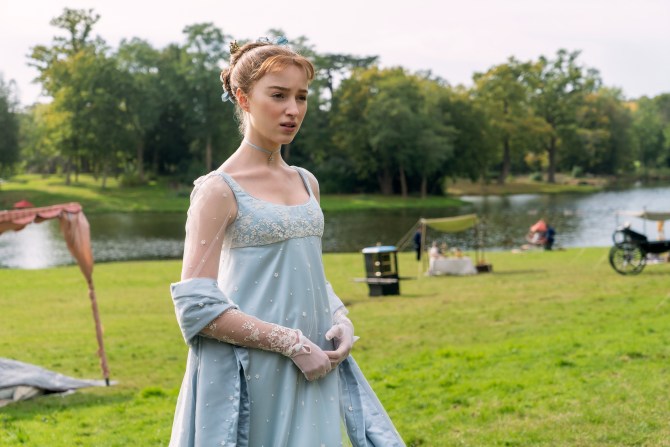 Towards the end of the first season of Bridgerton, with her brand-new marriage already on the rocks due to what Daphne considered to be her husband’s deception over how he couldn’t give her children, Daphne lashes out at her mother in frustration, insisting that if she had been better prepared her for the realities of married life, she would have been less of a fool. It was a scene that felt both powerful and validating. It’s mportant that adults, parents included, understand that choosing to not talk about topics they find uncomfortable is not only a gross disservice to their children, but it also puts them at risk and makes them less capable of navigating the world on their own. Whether Lady Bridgerton will see her mistakes as a teachable moment and take better charge in educating the remaining Bridgerton girls is something that remains to be seen.