If you have an Instagram, you’ve likely heard of Deuxmoi. Perhaps you’re even one of the account’s 1.4 million (and growing) followers. It’s a one-stop shop for all things celebrity gossip, from the hottest restaurants A-listers frequent to blind items about the juiciest scandals in celebdom. While Gossip Girl fans may recognize Deuxmoi’s frequent use of the phrase “Spotted,” the account—which is also run by a mysterious, unidentified figure—bears a resemblance to another favorite TV show gossip: Bridgerton’s Lady Whistledown.

Dearest reader, didn’t you know gossip has been around since before the Regency Era? With or without social media, uncovering scandals has always been the name of the game—especially when it concerns personal matters. When we last left our beloved diamond of the season that is Daphne Bridgerton, she had just welcomed a baby boy into the world alongside everyone’s crush, the Duke of Hastings. Her sister, Eloise, spent the season trying to uncover Lady Whistledown’s true identity while the  Bridgerton brothers, Colin and Anthony, battled heartbreak and duty as the men of their family. On the other hand, Lady Whistledown’s IRL persona, Penelope Featherington, left town with her family after saving Colin, the man she loves, from a deceitful marriage, as well as learning that her father had died.

With the return Bridgerton season 2 on Netflix, we chatted with Deuxmoi via Zoom audio (to protect their identity) and discussed their thoughts on Lady Whistledown’s little secret and how gossip has the power to unite people. All’s fair in love in war, and remember, Anon pls! 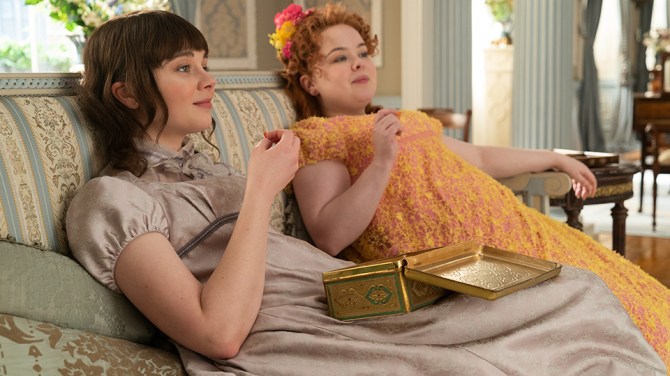 A lot of people link Gossip Girl and Deuxmoi together, because of your frequent use of the word “spotted” and the nature of the account. Have you ever been compared to Bridgerton’s Lady Whistledown?

When the show was on I definitely did.

Do you prefer being compared to Gossip Girl or Lady Whistledown?

I personally relate more to the way Lady Whistledown carries herself than Gossip Girl carries themselves. On the show, people almost want to be featured in [Lady Whistledown’s] paper. It kind of cements their popularity and place in society when they’re mentioned. And she’s not mean.

Maybe this is clouding my judgment a little bit but the voice in which it’s written and the time period; it all still sounds so proper. It doesn’t sound mean or snarky.

People almost want to be featured in Lady Whistledown’s paper. It cements their popularity.

I would want my life narrated by Julie Andrews! If there was ever a Deuxmoi documentary, would you want Julie Andrews to voice you or Kristen Bell?

No, never to a documentary. But yes, Julie Andrews would be OK. I think that people try to analyze the account and they try to put these theories to it, and why I’m posting the things I’m posting. I feel like I’ve said before, but I don’t know if people really get it. I don’t think that much into it. I’m not thinking that deeply into this series behind celebrity gossip. I’m just posting what my readers want to hear about.  It’s supposed to be fun and entertaining and not to be some sort of social media experiment.

Like you said, there are a lot of people who try to interject their theories about Deuxmoi. With Gossip Girl and Penelope Featherington, there’s this motif of “The Sidekick” who use these pseudonyms to interject themselves into society. Even in Euphoria with Lexi Howard, there’s been a huge amount of discourse about “The Sidekick.” Do you consider yourself a sidekick?

Absolutely not. I’m the main character. *laughs* I need a sidekick! If someone would like to be my sidekick I’m here for that, but no I don’t see myself as a sidekick whatsoever. 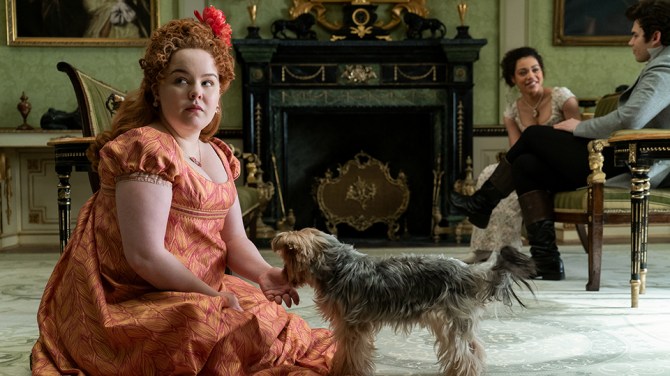 With Lady Whistledown, Penelope Featherington falls in love with Colin Bridgerton and he plans to get married to Marina Thompson. She ends up interjecting herself through Lady Whistledown to reveal that Marina’s secretly pregnant with another man to protect Colin. On that note, are there any celebrities or reality TV stars that you feel protective over or that you’ve kind of swayed against posting some information because of the nature of the gossip?

Oh, I love that question! There are definitely celebrities I feel protective over, but not because I received anything bad about them just because they’ve been supportive. So, you know, to me, that means the world. To be supported by someone in the community that you’re gossiping about. So I feel like those celebrities for sure I feel more protective over but again, not because I have anything salacious to post about them, just in general.

Daphne and Simon use Lady Whistledown’s papers to get everyone talking about them. Have there been celebrities that you know or suspect have posted blinds about themselves?

I don’t know for sure but I definitely have a feeling that some, especially in the reality television world, that that happened. Anonymously, though, they will not directly message me from their accounts. So I think that they tend to submit anonymous emails. 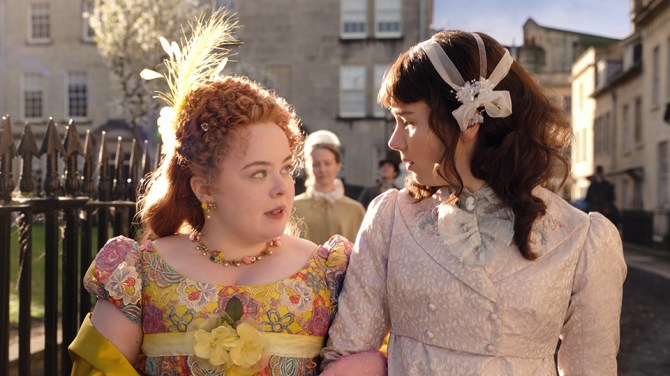 Many Bridgerton cast members, including Nicola Coughlan, have previously made comparisons between Deuxmoi and Lady Whistledown. They’ve discussed how there’s a negative perception around gossip, and how that itself might be considered misogynistic. Do you feel like that’s true?

Well, I think it’s 2022 and everyone gossips, believe me, men gossip just as much as women. I’m here to tell you that! I think gossip has the power to unite but it’s more of a sense of community rather than the subject of the community.

In the show, Eloise goes on a giant quest and even taps reinforcements from the Queen to uncover Lady Whistledown’s identity. Do your friends know you are Deuxmoi?

My very, very close friends too. But there are definitely friends I have that don’t. It’s part of the reason why I started using a voice disorder as the account became more popular. Since I started the account, my friend circle has become very, very, very small.

Lady Whistledown has her society papers which are very in tune with the Regency Era and the way that they communicate since there obviously wasn’t Instagram at that time. Would you ever start a newsletter of some sort?

Yeah, I mean, I’m dying to have my own platform because Instagram has a lot of limitations. One merely being the number of slides you could post at one time. So yes, having my own platform or newsletter, or what have you, is definitely something that I’m looking into for the future. But in order to do that, I need a team, which I don’t have right now. So I’m working on it. I’ll just say that.