If you haven’t read the Bridgerton books yet, boy does Amazon have a deal for you. The book series that inspired Netflix’s Emmy-nominated drama series of the same title is on sale at Amazon for less than $2. The catch? The sale lasts for just 24 hours.

On Wednesday, July 21, Kindle versions of dozens of romance books will be on sale on Amazon for 80 percent off (yes—80 percent off), with prices starting at just 99 cents. The common theme is that all of the discounted books are about dukes. This means that all some of the Bridgerton novels are on sale for less than $2 (or $1.99 to be exact.)

The Bridgerton books, written by Julia Quinn, are about a well-respected, upperclass English family of eight siblings and their widowed mother during the regency Era. Each of the books is about a different Bridgerton sibling—Anthony, Benedict, Colin, Daphne, Eloise, Francesca, Gregory and Hyacinth—as they search for true love. The first book, The Duke and I, is the inspiration for the first season of the Bridgerton TV series, which premiered on Netflix in December 2020 and was streamed by more than 63 million households in its first week. The second season will be based on the second Bridgerton book, The Viscount Who Loved Me, which follows Anthony’s quest for a wife.

The discounted books aren’t from the main Bridgerton series, but the prequel series that follows the love lives of the previous generation of Bridgertons, a.k.a. the family of Edmund Bridgerton, the late father of the Bridgerton siblings from the main series. The four-book prequel series, which is set in the late 1700s, also introduces the Rokesbys, an aristocratic family whose are close friends and neighbors of the Bridgertons. Though the books aren’t a part of the main Bridgerton series, young versions of characters, like Anthony, Benedict and Colin, do make appearances in the prequel as a treat for readers.

If you haven’t read the main book series, don’t worry. As Julia Quinn, the author of the Bridgerton franchise, explained herself on her website, she wrote the books so they could be read in any order, which is why each novel is a standalone story about a different Bridgerton family member. Ahead are summaries about the two Bridgerton prequel books—Because of Miss Bridgerton and First Comes Scandal—are currently on sale for just $1.99. Act fast as the deal ends at 11:59 p.m. PT. If the Bridgerton books aren’t your style, there are also dozens of other romance novels on sale right now on Amazon for less than $2. (Some are just 99 cents!)

Because of Miss Bridgerton 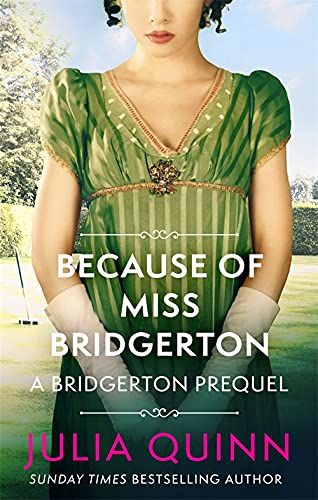 Because of Miss Bridgerton is the first of the four Bridgerton prequels. The book centers on Sybilla “Billie” Bridgerton, the older sister of Edmund and the tomboy of the Bridgerton family, as she looks for love. Billie has been close friends with the Rokesby brothers, specifically Edward and Andrew, since she was kid. She’d be happy to marry either of them. The only Rokesby Billie cannot stand was George, the eldest of the brothers and the heir to the earldrom. George can be described as arrogant and annoying, and Billie is sure that the detest between them is mutual. As fate would have it, Billie and George are paired together. As their lifelong rivalry softens, Billie and George learn that the person they can’t abide may also be the person they can’t live without. 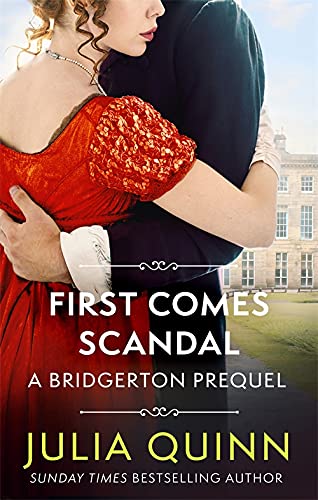 First Comes Scandal is the last of the four Bridgerton prequels, but as author Julia Quinn has said, fans don’t need to have read the previous books to start this story. First Comes Scandal centers on Georgina “Georgie” Bridgerton, the younger sister of Billie and Edmund, who is dead set against the marriage. Georgina is faced with two options: either live her life as a spinster or marry the man who ruined her life. Then comes a third option: Nicholas Rokesby, the fourth son of the Rokesby family, who is eligible and single. Nicholas has his own life in Edinburgh, where he’s close to finishing his medical studies. The issue is that he has no time (or interest) to find a wife….until he meets Georgie, his childhood friend and literal girl next door. But when Nicholas proposes, Georgie turns him down. Could Nicholas’ unorthodox courtship win Billie over and soften her heart?