Breakups are the WORST. I mean absolute, kick-you-in-the crotch, spit-in-your-face worst. Most of us have experienced the pain and heartbreak of being dumped, but what about when you’re the one making the break? It’s general knowledge that it takes two to be in a relationship, but the truth is it only takes one person to break up, and that shit ain’t fun—hence why so many people choose to ghost, instead (never cool, BTW).

For those of you with New Year’s resolutions of singledom, read on for real women’s survivor stories. Being the breaker-upper may not always be pretty, but it’s usually worth it.

I tried to slap him but ended up punching him.

“I casually dated this guy for about eight months, during which I made it clear that we were NOT a serious couple. For one thing, I was seeing other people, and for another, we were absolutely wrong for each other. It was the kind of relationship with great sex and horrible everything else. Every time I tried to end it, we’d end up in bed together again, and again, and again. I finally succeeded on the night of my best friend’s birthday. I hadn’t spoken to my non-boyfriend in about 24 hours, and I think we both knew that the end was near. I was at a birthday party with my girlfriends and he showed up, uninvited, with his friends.

He proceeded to make out with any and every girl in my eye line—no joke, I’d turn my head and he’d walk into my sight and find a new girl to make out with. After the fifth shot, I decided to confront him and end us for good. He started shouting at me about how I couldn’t break up with him because we were nothing, and I was nothing. I tried to slap him but drunkenly missed, and ended up punching him. Not my classiest moment, and the only time I’ve ever hit a man, but the knuckle bruises were worth it.” – Sarah, 27, Manhattan

“I’d been seeing an OKCupid guy for three months, but wasn’t feeling it. I hated the way he smelled, and wasn’t really attracted to him. The day after my birthday I was at home with a broken foot, and he came over to watch TV with me. I could tell he was about to lunge onto me so I blurted out, ‘Listen, we need to talk, I just don’t think I can be romantically involved with you anymore.’ He sat there and looked at me for a few minutes and then said, ‘OK, yeah, sure, I was thinking the same,’ and stayed for an hour awkwardly watching trashy TV while I wished he would go away. Never heard from him again.” –Kate, 26, London

I broke his heart and then made him drive me to the airport.

“The worst break up I had was with my boyfriend of five years. It was so serious at that point, that marriage, kids, and future cities had all been laid out before us. Even though I had a nagging feeling it wasn’t right between us, he had been my best friend for so long, it was a long time before I could articulate that I needed to get out. When I did, he was completely caught off guard and confessed he had been wedding ring shopping only days before. The whole conversation was completely heartbreaking, and to top it all off, it was a day before I was set to leave town for awhile to visit family. I broke his heart and then I made him drive me to the airport. Even though he offered, I still wish I had paid for a cab.” –Margery, 30, Boston

“I dated Eoin for four years, and it took several tries before breaking up with him stuck. Finally, one Halloween towards the end, I got completely trashed. The booze gave me the courage to FINALLY lay into him about everything I was pissed about—supporting him financially and catering to his every emotionally need—and unequivocally end things. However, this was news to me the next day, as my ex came by to tell me how pissed he was. My response? ‘I don’t remember doing it, but I still stand by it.’ Thanks, blackout me.” –Semele, 28, Manhattan

MORE: 8 Women on Their Most Embarrassing Hookups 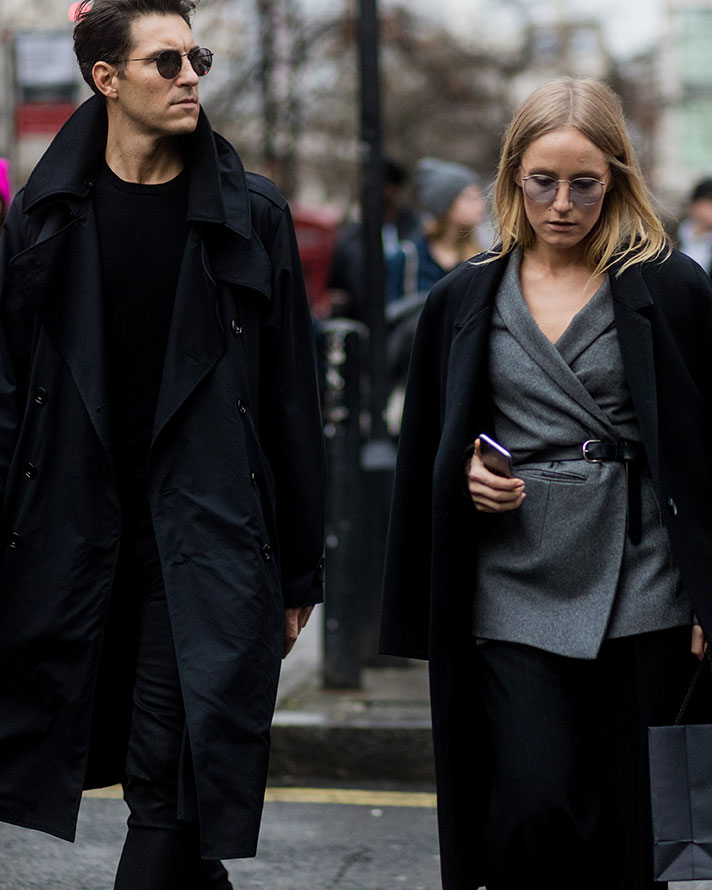 A Little Too Thirsty

“I broke it off with my ex of a few months, which involved me having to explicitly tell him I didn’t like him and didn’t want to see him anymore. After this awkward word vomit, he tried to kiss me in front of the train. Terrible. I even went so far as to tell him I was sleeping with someone else for a couple of months and hated having sex with him. He still didn’t get it and kept trying to date me, literally, for years.” –Mags, 26, London

“The first breakup I ever initiated was with a boy in eighth grade. He called my house, asked if I wanted to go to the movies, and I politely said ‘thanks, but no thanks,’ in the nicest way I knew how—sorry, but he was shorter than me, which was a feat considering I barely grazed 5′ back then. He then proceeded to make fun of me—in a mean, bully-ish way, not a cute, teasing way—for the remainder of middle and high school. Glad that life phase is over.” –Hailey, 30, Brooklyn

I pretended to be sick to my stomach so I didn’t have to have sex.

“My boyfriend and I were both back in our hometown for winter break—we’d been long distance in college—and I was at his family’s house. I wanted to break it off because I hadn’t been into it for awhile, but was too chicken to do it around his family, so I pretended to be sick to my stomach so I didn’t have to have sex with him. I even skipped the dinner his family made. I was so hungry later that night, I remember eating like 10 pickles, saying the salt made my stomach feel a little better! He believed me, of course, being the nice guy he was, and I eventually gathered the courage to end it a few days later. Why I just didn’t leave that night with my ‘stomachache’ and eat a real dinner I’ll never know.” –Sheri, 29, San Diego

I replied to his text with one word: Unsubscribe.

“I was dating this guy for around four months and everything was going great. Then, out of nowhere, he ghosted. No word, no explanation. About six weeks later, he tried wooing me back. Texts, calls, even flowers. I let it go on for awhile, about a week, saying just enough to keep the groveling going until I got bored one night and replied to a particularly long text message proclamation from him with a single word: ‘Unsubscribe.’ I never replied again, and he got the hint.” –Bethany, 31, Manhattan

“I broke up with my ex on St. Patrick’s day after months of a sexless, fight-filled relationship. This was a holiday he considered sacred—he was a borderline alcoholic with Irish heritage who loved a good publicly sanctioned reason to drink. He ended up out drinking on his own because I had to work the next day. When he came home in the early hours of the morning, he decided to show his disappointment by slamming glasses and pots around in our kitchen and loudly exclaiming, “I can’t BELIEVE you didn’t go out with me! This is like ignoring my birthday!” Side note: earlier in the year he ACTUALLY forgot my birthday, so my past rage was enough to haul me out of bed to tell him it was over.

After we talked it out for an hour, I ended our relationship on social media and went to bed. I woke up to a text from his best friend: ‘I can’t believe you broke up with him via social media.’ Turns out my ex hadn’t remembered our breakup. I had to break up with him all over again. Turns out, it wasn’t easier a second time.” –Anastasia, 29 Brooklyn

MORE: A 12-Step Guide to Making a Clean Break from Your Ex