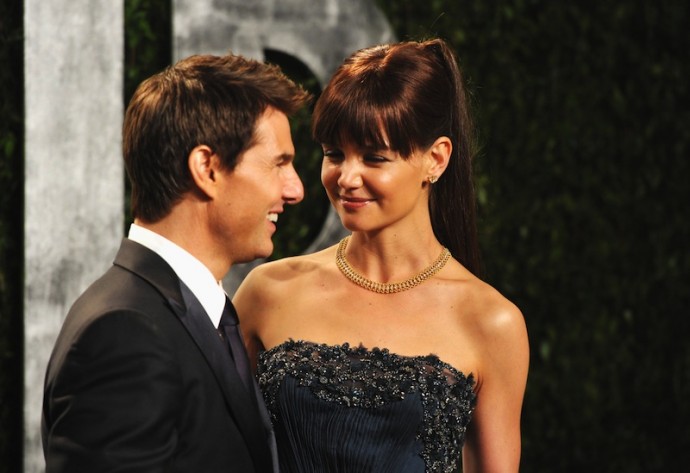 Here’s a Friday bombshell: According to People, Tom Cruise and Katie Holmes are getting a divorce after five years of marriage. While there have always been numerous rumors in the press about the state of their marriage, we never saw this coming. In fact, just a month ago, Tom was gushing to People about his fabulous family.

“This is a personal and private matter for Katie and her family,” Holmes’s attorney Jonathan Wolfe stated. “Katie’s primary concern remains, as it always has been, her daughter’s best interest.” This leads us to our next point: WHAT THE HELL WILL HAPPEN TO SURI?! Our favorite celebrity daughter and her collection of Ferragamo purses is probably devastated, and we only hope for the best for her in this troubled time.

We’ll update this as the story unfolds, but we just had to let you know that one of Hollywood’s foremost power couples have officially called it quits.