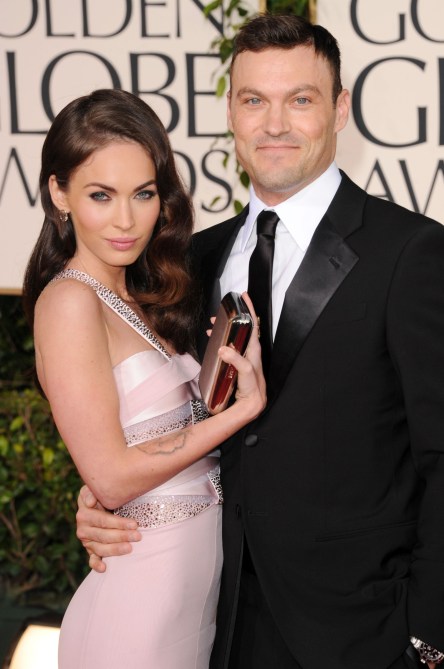 News of Fox’s pregnancy broke in April, around the time she told Cosmopolitan that she’s “always been maternal” and that she wants “at least two, probably three kids.”  The “Friends With Kids” actress and Green (best known for his role as David Silver on iconic ’90s drama “Beverly Hills, 90210”) have been a devoted couple for years — they’ve been together on-and-off since 2004 — and we’re happy for them!

The baby’s name has yet to be announced, but we hope it’s “Wallace,” named after Brianna Wallace — Fox’s debut role in Mary-Kate and Ashley Olsen‘s classic flick “Holiday in the Sun.” If you don’t remember that, it’s worth a look back.

Update: The baby’s name is Noah Shannon. Cute, we guess. But it’s not Wallace.