Long before the creation of the Real Housewives franchise, Braunwyn Windham-Burke knew that was what she wanted to be. “Growing up, I wanted the husband, the family, the house, the picket fence,” she tells STYLECASTER. “I had very clear goals of what I wanted. Being gay didn’t fit into that.”

Braunwyn, a cast member on Bravo’s The Real Housewives of Orange County, came out gay in an interview with GLAAD in December 2020. “I thought about who I wanted to tell this story to. I didn’t want it to be People magazine or Us Weekly. I did not want to be a salacious thing. I had seen what happened on The Real Housewives of Beverly Hills with Brandi and Denise. I did not want that,” she says of why she chose GLAAD.

The news, which came after Braunwyn revealed that she was sober after a struggle with alcoholism, came as a shock to fans who watched her and her husband of 21 years, Sean, parent their seven children on the past two seasons of RHOC. “I didn’t go online for a while,” she says. “Fans are notoriously haters. People already think I’m faking being an alcoholic. Now they’re going to say, ‘This bitch is making this up.’ I didn’t want the outside noise.” 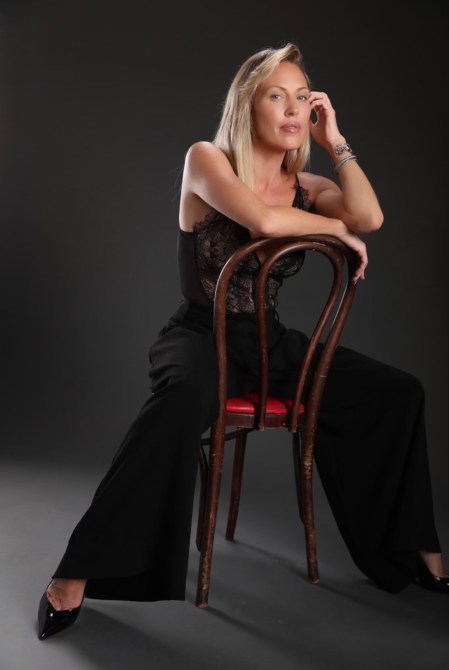 When Braunwyn returned to her social media, the haters were there, but she also saw an outpouring of support as the first openly gay Housewife. “I recently had an amazing weekend in Miami. I came home and I was talking to Sean like, ‘It was almost like a coat that didn’t fit at first,” Braunwyn, who still lives with Sean in Orange County, says of her sexuality. “I came back from this trip like, ‘It fits. It’s who I am.’ It was such a beautiful feeling.”

However, as RHOC fans know, though Braunwyn is the first openly gay Real Housewife, she isn’t the first queer cast member on the show. In season 6, eight years before Braunwyn’s first season, Fernanda Rocha, a “friend” of the show, was the first queer cast member on RHOC. When asked if Fernanda, a close friend of Braunwyn’s, had given her any advice about coming out on reality TV, Braunwyn said, “Not really. But she’s been very helpful. We are enjoying each other’s company. She was with me in Miami. I know her well.”

Everyone’s coming out story is their story, and it’s perfect.

Though Braunwyn isn’t the first queer cast member of the Real Housewives, she is the first openly gay Real Housewife, a title she plans to wear proudly when the moment hits her. “All of this is happening in the midst of a quarantine. I’m still so busy living my life as Braunwyn that I haven’t started living my life as Braunwyn, the first gay Housewife,” says Braunwyn, who released a jewelry line with Blue Blood Metal that benefits PFLAG’s Newport Beach Scholarship Fund for LGBTQ+ students. “If I get asked back next year, when we start filming, it will probably settle in. Contracts haven’t gone out, but if I’m able to film next year and film as the first gay Housewife, that’s something I’m going to be so proud about and have such an honor about. We need representation in the media across the board for all LGBTQIA+ people. I wish, as a kid, I had been able to look at someone like me.”

Ahead, Braunwyn talked to STYLECASTER about how RHOC helped her come out, her sobriety and whether she’ll be back for season 16. 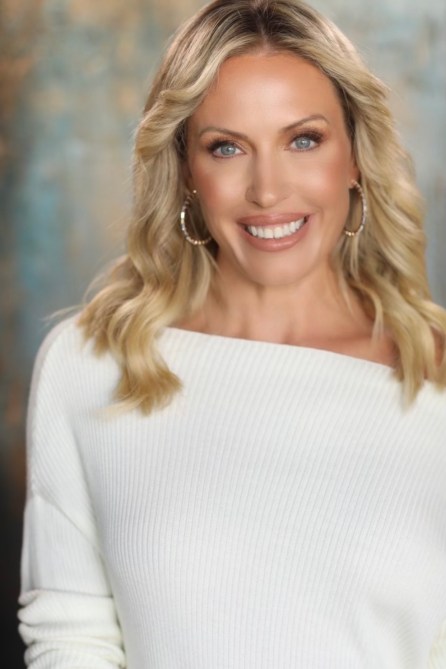 On the moment that led to her coming out

“I was out in West Hollywood. [My girlfriend at the time] Kris and I went on a daycation. The next day we were at a restaurant there, and someone took a photo. Not paparazzi. Just a normal person who was there at the restaurant. TMZ reached out to PR at Bravo and said, ‘We have a photo of Braunwyn kissing a woman. It is not our policy to out people. We don’t do that. But we just wanted to let you know we have this photo.’ I was talking to PR who were like, ‘Look. This photo is out there. If TMZ has it, someone else is going to have it too who doesn’t have those kinds of scruples. What do you want to do?’ I was like, ‘Oh, crap.’ Because I wasn’t ready yet. I hadn’t told my mother. I had told my children. But I hadn’t told a lot of my best friends yet. I was still seven months sober at the time. We were still in the middle of a pandemic. I wasn’t ready to share this. But I was like, ‘OK. I don’t have a choice right now. If that photo is out there, that photo is out there.’ I would rather tell the story on my terms than have it be picked up and run by gossip sites, which are not kind.”

“The show helped me get sober. I can’t talk about coming out without talking about my sobriety because they are connected. I had accountability, which I never had before. I say the worst thing I ever did was getting sober on national TV and the best thing I ever did was get sober on national TV. People are like, ‘That doesn’t make any sense.’ I know that. But it’s true. If I hadn’t stayed sober, do I think I would’ve come out? No, I don’t. Because I would’ve never taken the time to sit and figure out why I’m doing all the things I’m doing. Sobriety and coming out are connected and go hand in hand.”

Being an ally is more than wearing a rainbow costume one day a year.

On if she’d come back for RHOC season 16

“I had a really tough season, but I got through it stronger and I got through it sober. I realized that, try as hard as people want to silence me, it makes me louder. The things I’m really passionate about, Black Lives Matter, LGBTQIA+ rights, representation in the media, mental health, I’m even more passionate now. I would love to come back. The first year of sobriety is really hard. I am such a different person right now than I was a year ago. I would love to be able to film as this person.”

On the biggest misconception about the LGBTQIA+ community

“That we can’t be good parents. Sadly, that is the most hate I’ve gotten since coming out, which is, ‘Your poor children.’ That breaks my heart, not only as a member of the queer community, but as a mother to queer children. The other misconception is there is a right way to come out. A lot of people say, ‘Well, you should’ve known otherwise you wouldn’t have children. You have seven kids because you had sex with a man.’ A lot of women have been married to men before they come out. This isn’t a linear progression. Everyone’s coming out story is their story, and it’s perfect. I also wish that people know being an ally is more than wearing a rainbow costume one day a year. Being an ally is saying, ‘Hey, I’m here for you.’ Standing up when you hear people making inappropriate jokes. It’s saying that representation matters, having queer people play queer roles, trans people playing transgender roles. There’s still a lot of work to do. When I walk down the beach holding Sean’s hand and I walk down the beach holding a woman’s hand, I get a different reaction. Until we normalize this, we still have work to do.”

The Real Housewives of Orange County is available to stream on Peacock.