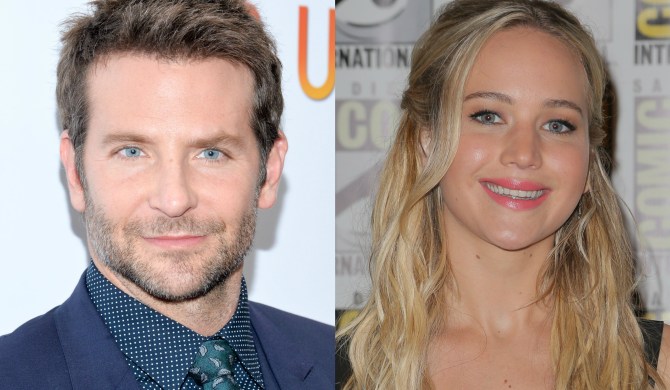 They’ve starred in four movies together, and their chemistry onscreen is palpable, so it’s only natural for fans to wonder if Bradley Cooper and Jennifer Lawrence will ever get together IRL.

According to Cooper, though, they’re just friends—and will remain as such.

The 40-year-old actor appeared on Howard Stern’s Sirius XM radio show on Wednesday and stressed that he’s never had sex with the 25-year-old Oscar winner.

“It just didn’t happen,” said Cooper, adding that he and Lawrence would “never” sleep together. “It’s not the way we are together.”

Cooper also clarified that his past reasoning for not hopping in the sack with Jen—that she was too young—wasn’t true.

“I said that once on a red carpet just as a defuse thing,” said Cooper. “And then it became a thing because the girl I was seeing [23-year-old model Suki Waterhouse] was as young as she was.”

Normally, we’d question why every time a man and a woman do good work together it has to be all about sex, but in Hollywood, onscreen chemistry often does move beyond the camera; it’s done so for as long as the film industry has existed, from Elizabeth Taylor and Richard Burton to Brad Pitt and Angelina Jolie.

Check out the entire interview below: