Since A Star Is Born‘s premiere, it seems like fans have been (unfairly!) rooting for the movie’s leads to get together IRL. Now that a source has suggested that A Star Is Born played a role in Bradley Cooper and Irina Shayk’s breakup, Lady Gaga may never get peace from fans desperate to see her matched up with Cooper. But the source is far from suggesting a romantic link between Cooper and his on-screen love interest was the reason for his breakup, claiming instead that Cooper’s emotional distance during filming was the final straw for his relationship with Shayk.

Official confirmation of Cooper and Shayk’s breakup came just this week, after reports surfaced that the couple has been unhappy “for some time.” According to an Entertainment Tonight, “things were difficult before Bradley started filming A Star Is Born but his dedication to his work while making the movie only made things harder at home.” The source denied that Lady Gaga had any involvement, but agreed that “constant speculation about Bradley’s relationship” with her “didn’t help.” Ultimately, their “daily issues as parents and as professionals” were what tore them apart.

Now, a source speaking to People seems to have confirmed these details — while erring slightly more on the side of A Star Is Born marking a turning point in their relationship. The source claims that “Bradley was emotionally absent during the long time filming A Star Is Born,” adding that, after the shoot was complete, “they tried to save the relationship but it had changed.” Cooper and Shayk are known for being “very private about their relationship,” the source notes, so “few knew there was really for sure something going on.” 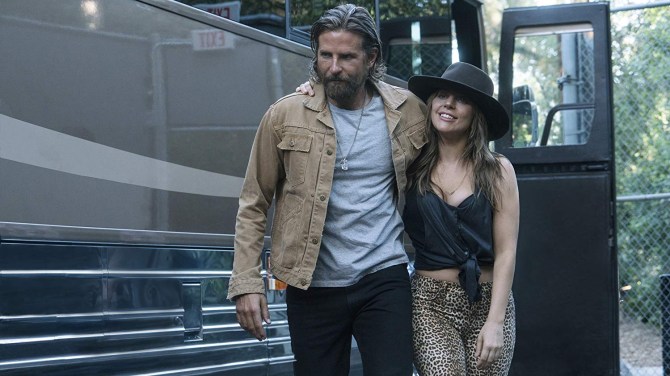 As this emotional news comes to light, many are remembering Cooper’s BAFTA speech as he accepted an award for A Star Is Born: “Most of all I have to thank Irina, for putting up with me for all the music I was trying to make in our basement for a year,” the actor said at the time. “Thank you very much. Thank you.” Whatever was going on in their relationship at the time, we’re sure Cooper meant it.