Awards season is upon us, and that means many of today’s hottest celebrities will all be in the same room. And yes, that includes celebrity exes, too. But never fear—Brad Pitt responded to Jennifer Aniston dating rumors at the 2020 Golden Globes, and we finally have an answer to if they’re back together.

Pitt and Aniston were married for five years before splitting in 2005. Since then, fans of the former couple have consistently wondered if the pair would ever reunite—or, if not reunite, at leasts reconcile. And luckily, it seems Aniston and Pitt are friendly and happy to see each other tonight. “I’ll run into Jen, she’s a good friend,” the 56-year-old actor told Entertainment Tonight on the red carpet. “The second most important reunion of her year? I understand! That was a play on Friends. They were saying that.” So there you have it, Jen is simply a “friend,” and it doesn’t look like she and Brad are back together.

Both Aniston and Pitt are nominated for Golden Globes for their stellar performances in TV and film this year. Aniston was nominated for her role as Alex Levy in Apple TV+’s hit dramatic series, The Morning Show. She lost the award to Olivia Coleman for The Crown, but the Friends alum still looked stunning and is surrounded by some of her best friends, including Ellen Degeneres and Reese Witherspoon. So despite her “loss” we’d say tonight is 100 percent a “win” for the actress.

Pitt reunited with Leo DiCaprio to introduce their Golden Globe nominated film, Once Upon A Time…In Hollywood. The Fight Club star received a supporting actor nomination and WON for his role in Quentin Tarantino’s latest film. He began his speech with “holy moly,” and nothing will ever be more relatable. He then joked that he wanted to bring his mom to the Golden Globes, but that any woman he stands next to, people think he’s dating them. The crowd laughed at the joke, which even earned Pitt a smile from Aniston. (Shoutout to the cameraman who perfectly timed filming Aniston as Pitt referenced his dating life). 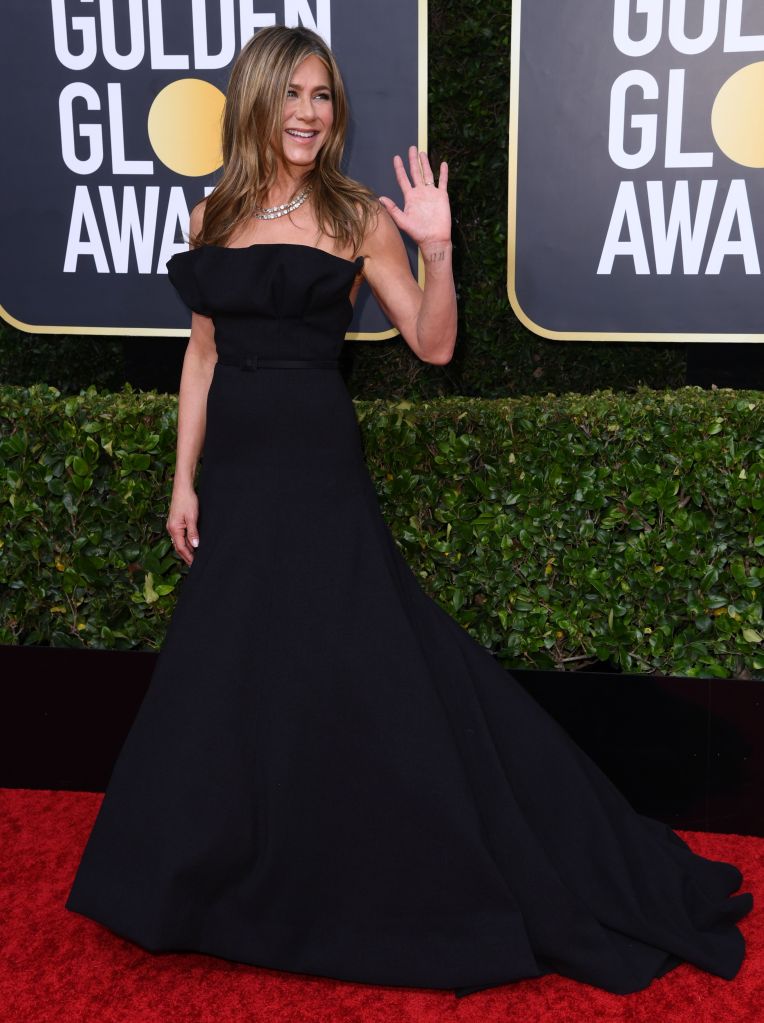 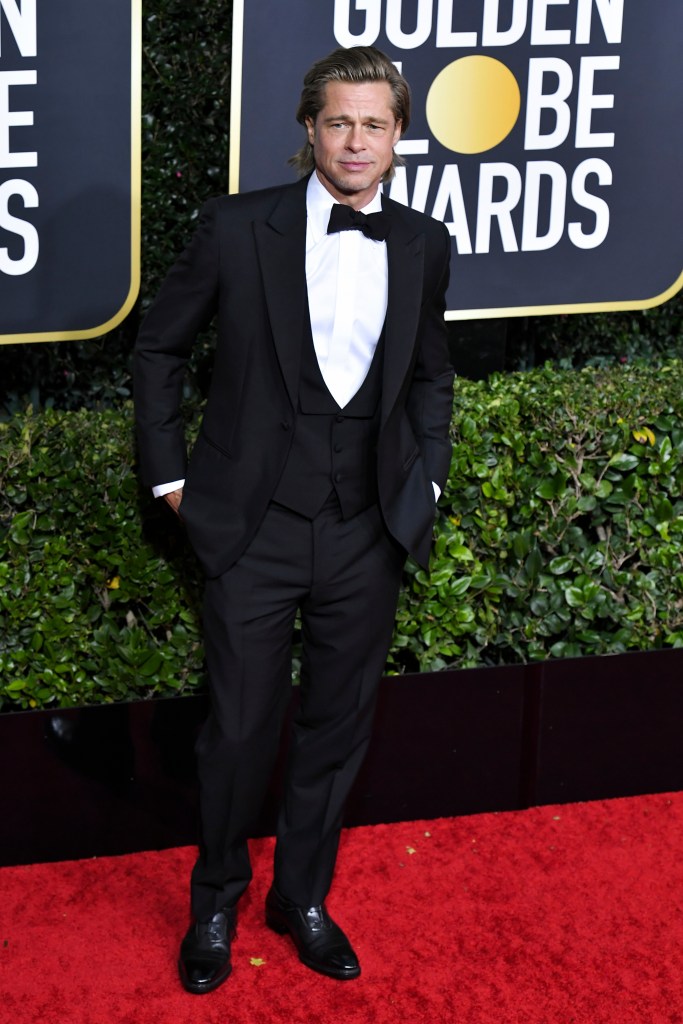 When this year’s nominees were announced, people were quick to wonder what a reunion between Pitt and Aniston might look like in such a public environment. Both arrived at Sunday night’s red carpet within minutes of each other but reportedly did not see one another before heading inside.

“Jen and Brad are friends and occasionally connect,” a source told Us Weekly exclusively following the announcement that both stars were nominated at the Globes. “There’s no chance that a potential run-in between Jen and Brad will be tense or uncomfortable.” We’re not entirely surprised. Pitt attended Aniston’s 50th birthday celebration a few months ago. He also attended her holiday party. So yeah—it seems like they’re absolutely on good terms. TG! 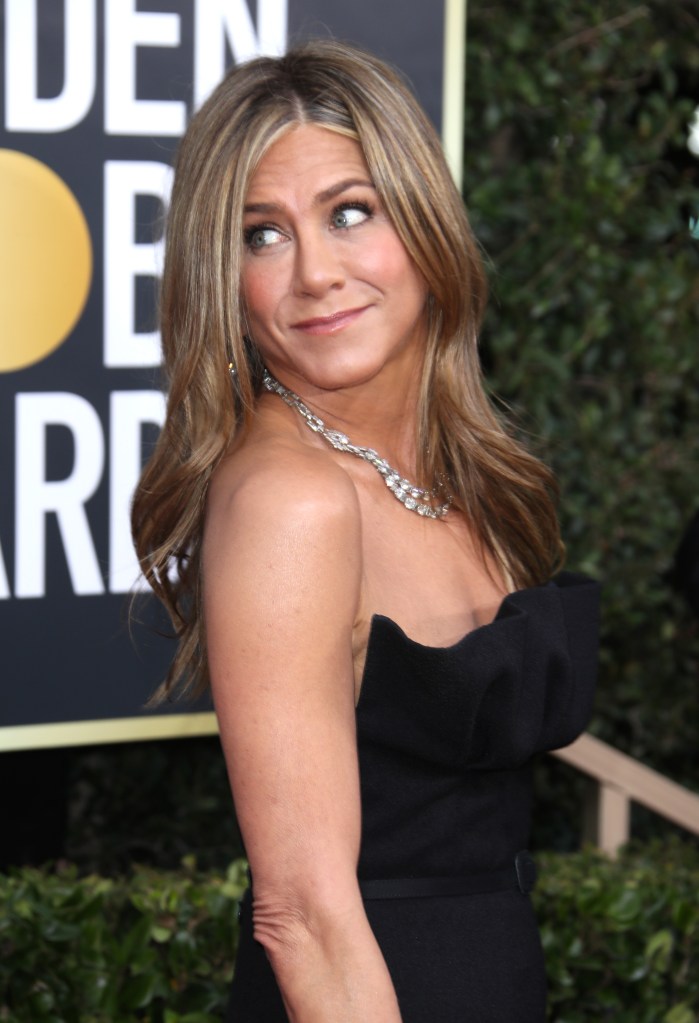 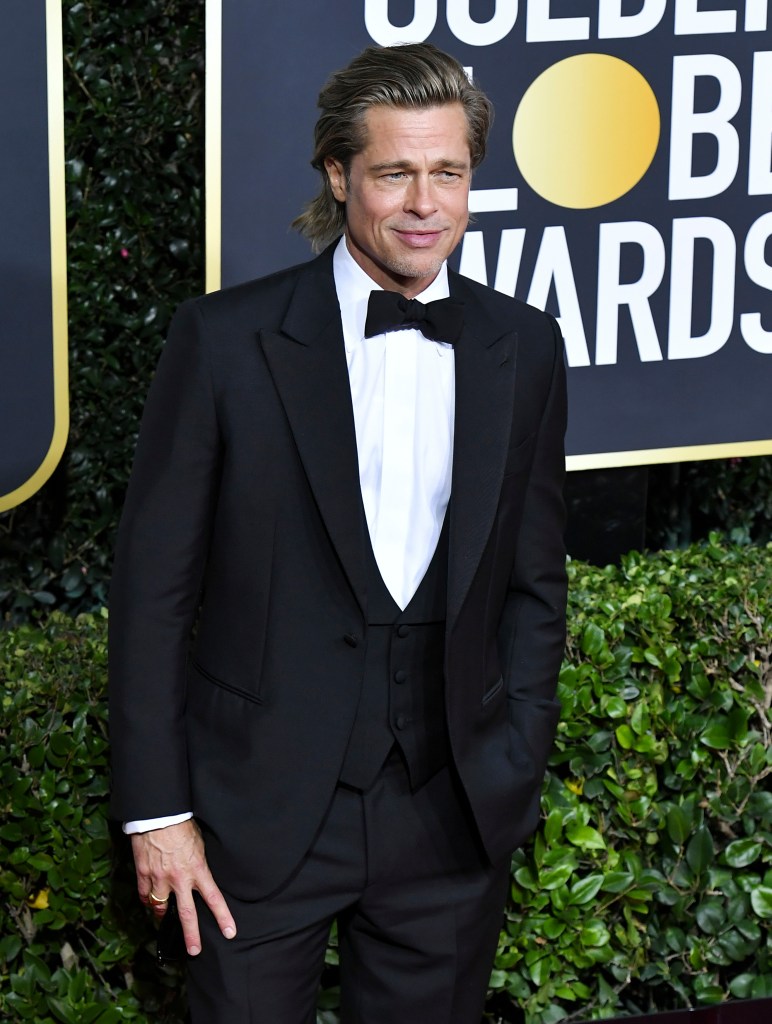