She’s filed the paperwork to finalize her divorce from Sebastian Bear-McClard and now rumors are beginning to swirl about Emily Ratajkowski’s new love interest. Sources are saying we should “stay tuned” because it might one of Hollywood’s most eligible bachelors, Brad Pitt. So, are Brad Pitt and Emily Ratajkowski dating? Here’s the reason fans think they might be.

Both Brad and Emily are single right now. Emily filed for divorce from her husband-of-four-years, Sebastian Bear-McClard in early September 2022, while Brad has been linked to a handful of women since his split from Angelina Jolie, to whom he was married for just two years but they were together for 12 total.

Are Brad Pitt and Emily Ratajkowski dating? According to sources, they are hanging out and have done so a few times, but they’re not officially dating. Yet, at least. “Brad and Emily have spent time together, but it’s very casual. They’re friends,” a source told ET on September 27, 2022. “Emily recently filed for divorce and Brad is still going through his situation with Angelina [Jolie] so neither are looking for anything serious right now.” A Hollywood insider told Page Six a few days prior that “people have been speculating about this for a while. Brad is not dating anybody. They [Pitt and Ratajkowski] have been seen a couple of times together.” The source noted that the Once Upon a Time…in Hollywood star has been “seen with other people” recently and he’s not seeing anyone in particular. But the insider added cryptically: “Stay tuned.”

In late August 2022, another source suggested there was a new A-lister couple in town following Emily’s official split from her estranged husband, Sebastian, after he was believed to be a multiple cheater. Emily and Brad were said to have hung out at an exclusive Oscars party in 2020 and they’ve moved on slowly from there. “Brad was crushing on Emily at the 2020 Vanity Fair Oscar party,” the insider told OK! magazine. “They weren’t in a private area or anything like that, but they did talk with friends around.” The source continued that sparks started to fly back when Emily was still with Sebastian (the former couple also share a one-year-old son, Sylvester) and that Brad respected the fact that she wasn’t single at that time. “Obviously, she was off-limits back then,” the source said. “She was happily married [to Sebastian], and Brad respected that.” Now that she’s single, though, the source said Brad took the opportunity to make his interest in Emily known. “He asked her out, and she said yes. She’s always thought Brad was cute, and the way she saw it, what did she have to lose?” they said. OK! Noted that in August, Brad’s representative denied the speculation of a romance. 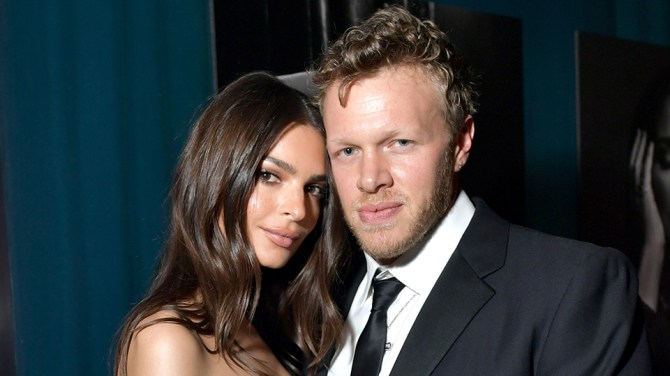 When did Emily Ratajkowski and Sebastian Bear-McClard split?

When did Emily Ratajkowski and Sebastian Bear-McClard split? Emily and Sebastian officially divorced on September 8, 2022, when she filed the paperwork. They were married for four years, tying the knot in 2018. Page Six noted that it was contested, meaning there were issues to be litigated (perhaps over custody of their child). Sources close to the couple reported to the outlet that the split was due to Sebastian’s infidelity. “Yeah, he cheated,” an insider told Page Six. “He’s a serial cheater. It’s gross. He’s a dog.” A week after the news of her divorce, Ratajkowski was photographed in New York City in a baseball cap with the French quote: “Ce n’est importe quoi,” which loosely translates to “It doesn’t bother me” in English.

The “Blurred Lines” model was also said to have gotten a new apartment to get away from her ex.  A source told Us Weekly that the model-actor-author multihyphenate wants to get a fresh start in a new place. “She got an apartment downtown to get away from her ex and start her new life,” the source said. “They’re only speaking to each other through the nanny.” The insider also explained the reason for them being on non-speaking terms was because he cheated on her. “She isn’t speaking to him because of his infidelity, he isn’t speaking to her because he feels she was checked out of their relationship for the last year.”

As for Brad, he’s in the middle of what appears to be a bitter custody battle with ex-wife Angelina Jolie over their six children, Maddox, 20, Pax, 18, Zahara, 17, Shiloh, 16 and twins Knox and Vivienne, 14. Angelina is believed to have filed an FBI report against her ex-husband. According to Puck, who obtained the sealed documents, the Eternals actress filed the Freedom of Information Act lawsuit against the FBI to get information about the altercation between her family and her ex-husband. The file claims that Brad spilled beer on Angelina and that he grabbed Angelina by the shoulders and shook her violently while yelling, “You’re f***ing up this family.” The event happened on the same flight where Angelina claimed that Brad assaulted their son, Maddox, in 2016. 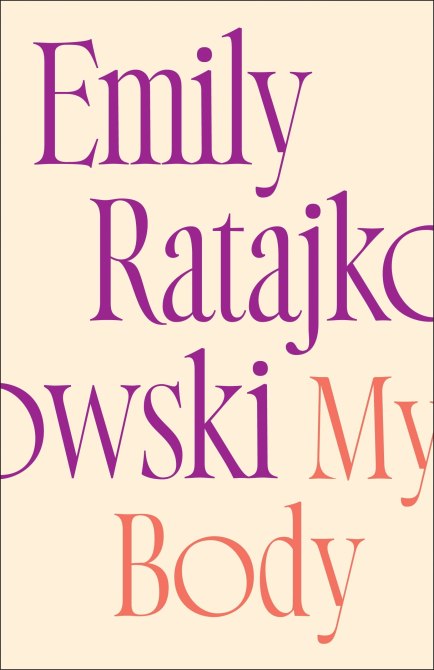 My Body by Emily Ratajkowski

Emily and Sebastian broke it off in July 2022 when it was discovered he was a “serial cheater”. A source confirmed his infidelity to Page Six, commenting: “He’s a serial cheater. It’s gross. He’s a dog.” Em herself has never commented publicly on their relationship breakdown, but appeared to confirm the cheating rumors were true when she ‘liked’ a number of tweets about it. User @tretslut wrote “can’t believe that little bitch cheated on emrata,” while user @coolpilled wrote: “Girls, how are we celebrating Emrata’s divorce.” Emily also liked a tweet by Twitter user @afterrpartay that read, “emrata finally free from that man just proves that god is actually very real.”