Today is Chinese Singles Day, China’s day to celebrate, presumably, all the single ladies. But it seems, for many young women, there’s still quite a lot of pressure to settle down. So much so, that some enterprising men have begun renting themselves out as fake boyfriends to single women, according to Shanghai Daily. 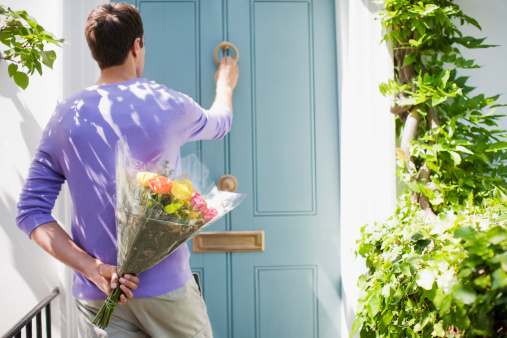 Matthew Fan is one of those guys. Fan is 27-years-old, and works as an account manager, but makes extra cash by escorting young women to family events and office parties. Needy singles can rent by the hour or the activity, and can tack on extras, like a kiss (which is an extra 50 yuan, or eight dollars) or hand holding if they want. The whole process is fairly involved, and if it requires being convincing enough to fool parents, it may even include a rehearsal meeting. The client and the fake boyfriend will establish a back story, the boyfriend’s background, and how they met and fell in love.

MORE: No Man? Here Are 7 Surprising Perks of Being Single

Fan told Shanghai Daily that while he’s is looking forward to the next few months—the rent-a-mate services spike around the holidays—he’ll have to do some finagling since his actual girlfriend doesn’t know he hires himself out as a fake boyfriend to others, though technically she has nothing to worry about. “I only rent my time, not my body — you know what I mean,” he said.

There is a girlfriend-for-hire industry in China, too, but it’s not as popular or thriving as the boyfriend side of the business. According to one agency owner, that’s in part because there are more “leftover women”—women who have passed the “ideal marriage age” than needy men.

But not everyone is buying into the idea that they need to be coupled up. Thirty-two-year-old Gao Yanfen says she would never rent a man. “It’s disgusting. I won’t cheat my parents, although they are really persistent and irritating. Come on. This isn’t romantic fiction. Who would fall in love with a man who betrays his faith for money?”

What do you think about the idea of renting fake boyfriends? Sound off below!