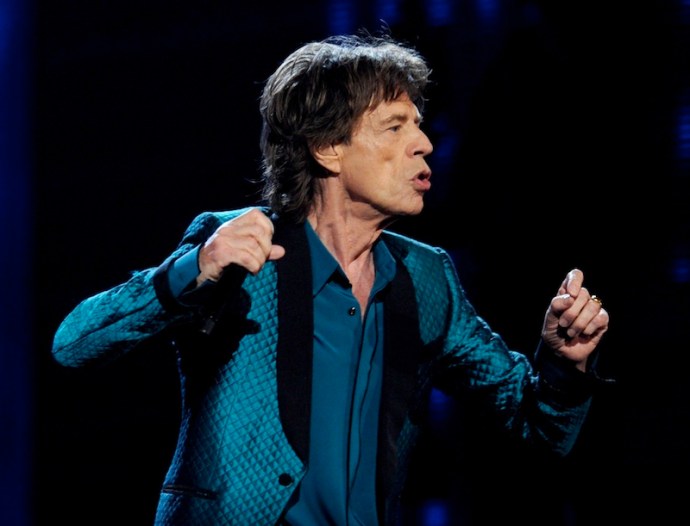 Well, this is a Monday afternoon doozy. According to a new book by Christopher Andersen called Mick: The Wild Life and Mad Genius of Jagger , Rolling Stones frontman Mick Jagger had a major crush on Angelina Jolie in the 1990s. Apparently, Jolie played a stripper in one of the band’s music videos in 1997 and Jagger took an immediate liking to her. He was drawn to her wild side, which was very prominent at the time as she indulged in S&M and hard drugs.

Like any bad girl, Angie was too busy being obsessed with herself and apparently ignored Mick’s calls. The New York Daily News states that Jagger’s desperate attempts to contact her included messages like, “Angelina, it’s Mick. Will you please, please call me?”; “Miss Jolie, why aren’t you returning my calls?”; and “Angelina, I have got to speak to you. Call me.” You have to be pretty badass to click “Ignore” when one of the most famous playboys in the world is calling your cell phone. (Ed. note: I can’t get over the fact that “Angie” is the name of one of the most famous Rolling Stones songs! Foreshadowing, perhaps?)

Oh, and the book also alleges that back in the spring of 1973, Jagger and glam rock icon David Bowie were involved in a hot and heavy affair that left both of their partners at the time confused. Considering the drugs and debauchery that defined the music industry at this time, this really isn’t a surprise — but we’ll just have to wait for the book to come out tomorrow to hear the rest!