Before a scantily-clad Miley Cyrus twerked on Robin Thicke at the VMA’s, a model  by the name of Emily Ratajkowski stripped down for Thicke in the risqué music video for his hit “Blurred Lines.”  We don’t know if it was her face, body, or most probably all of the above, but Ratajkowski has parlayed her screen debut into a slew of high-profile wins—a GQ spread, a role as Ben Affleck‘s mistress in the upcoming film “Gone Girl“, and now a major fashion campaign for Rag & Bone.

MORE: Which Miley Cyrus Will You Be For Halloween? There Are 11 To Choose From

The English model, who we’ve come to know quite, er, well,  was given a camera and free reign to create her own ad campaign as part of Rag & Bone’s DIY Project. The results, we’re pleased to report, prove that Ratajkowski looks just as good with her clothes on.

According to WWD, Ratajkowski chose her new home, New York City, as the location for the shoot, which (naturally) also includes a photo of her in a sexy bra and jeans. “It’s an exciting and crazy transition time and I wanted to capture that by shooting basically in my empty apartment and around the city,” Ratajkowski told WWD. Exciting time, indeed! 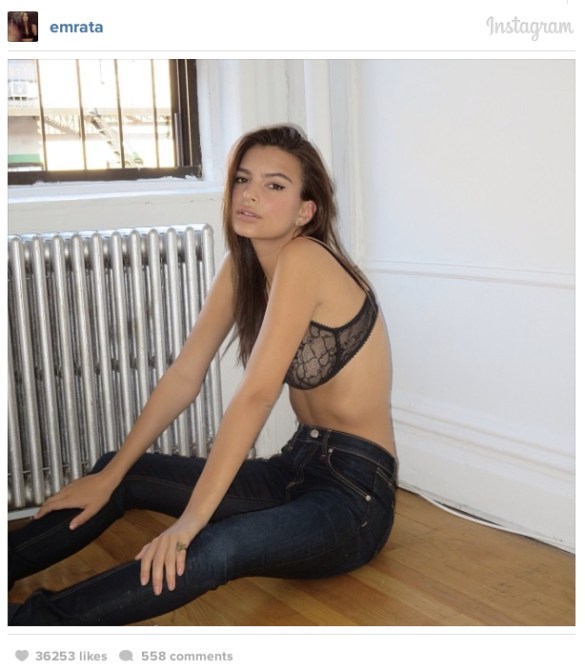