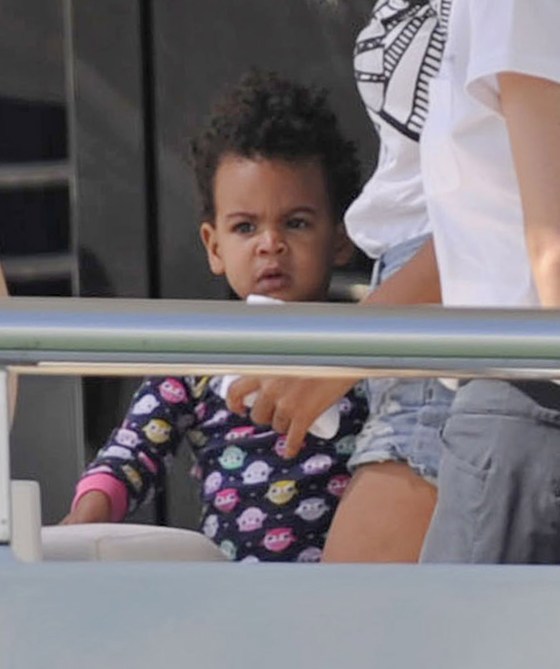 There she is! Despite mom Beyoncé’s thorough attempts at hiding her face, Blue Ivy Carter has finally shown her full face to the world for only the second or third time ever.

The entire family hit the yacht for a vacation in Ibiza, and Mama Bey let down her guard for just enough time to show the rest of the world the undeniable cuteness that is Blue Ivy. While mom Beyoncé wore her summer uniform of a casual white T-shirt and cutoff denim shorts, Blue opted for a cozy onesie covered in tiny googley-eyed creatures.

MORE: Why Didn’t Beyoncé and Jay Z Didn’t Go to the MTV VMAs?

And that’s not all: who else can wear 6-inch stiletto booties while toting her offspring up a boat ramp? No one but Beyoncé. 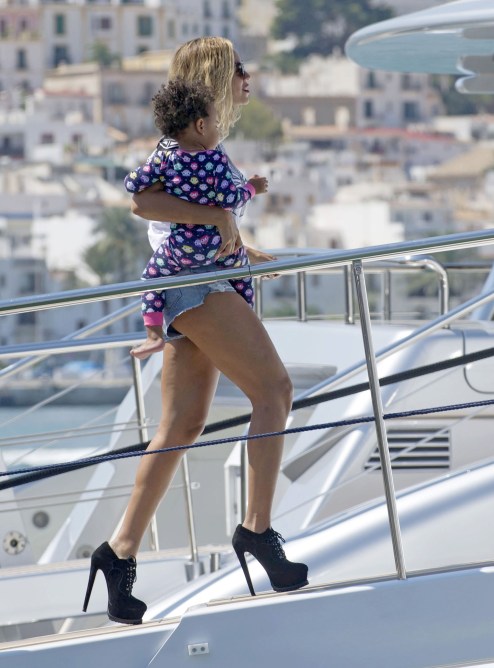